The gallery exchange will take place for the second time. Along with Denise Rene', neugerriemschneider, Konrad Fischer and Emmanuel Perrotin, several other renowned galleries have joined the project. Relatively new galleries such as Chert and Marcelle Alix have also joined the round. From the 15th to 23rd January 2010, the selected Parisian galleries show a choice of their programme in Berlin. From the 29th January to 6th February, the gallerists from Berlin will have their exhibitions at their Parisian partner galleries. 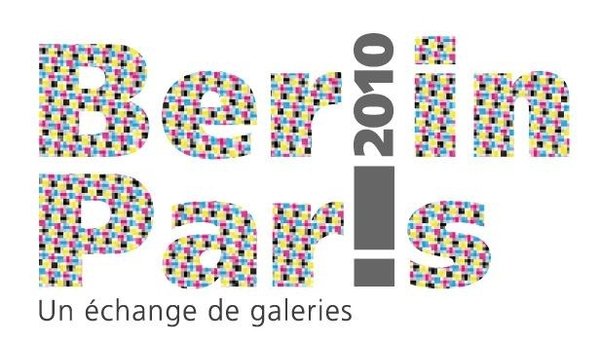 "Berlin-Paris" enters the second round. Following the success of the first year, the Berlin-Paris gallery exchange will take place for the second time in January/February 2010. Along with Denise René, neugerriemschneider, Konrad Fischer and Emmanuel Perrotin, several other renowned galleries have joined the project. Relatively new galleries such as Chert and Marcelle Alix have also joined the round.

From the 15th to 23rd January 2010, the selected Parisian galleries show a choice of their programme in Berlin. From the 29th January to 6th February, the gallerists from Berlin will have their exhibitions at their Parisian partner galleries. "The positions shown in the exchange project are not artistic perspectives that are deemed to be good and are officially selected by cultural policy to promote their national image. They are perspectives that belong to an art scene whose fundamental structures are defined by the galleries in both cities." (artnet 14.01.2009) – This requirement also applies to the second exchange event. The project, originally begun as an experiment by the French ambassador Bernard de Montferrand to create a cooperation between an institution such as the French Embassy and gallery owners, artists and collectors, was successful. The number of participants has increased for 2010 by 16 galleries in total.

Find new partners - intensify old contacts. The main aim of the exchange at the beginning of 2009 was to network the participating German and French galleries and the artists represented by them. This was successful, as the German galleries accounted for the majority of foreign galleries at the FIAC 2009, which according to FIAC director Jennifer Flay was due in part to the "Berlin-Paris" gallery exchange programme launched at the art fair (dpa, Paris 22nd October 2009). In the coming year, these contacts will be strengthened further with new partnerships also being forged. The selection of Berlin galleries was no small feat for the director of the project, for whom it was of greatest importance to ensure that the artistic diversity of the German capital was represented by the participants. Through the selection process of the French galleries by their manifold German counterparts, the project hoped to mirror the diversity of the contemporary art scene in Paris.

Surprising cooperations and jointly curated exhibitions. Following successful exhibitions in the partner galleries last year, the gallerists are more keen to experiment the second time round. As opposed to planning separate exhibitions in the respective cities, some of the participants, amongst others Gregor Podnar and schleicher +lange, carlier I gebauer, Natalie Seroussi and Michel Rein as well as Croy Nielsen and Marcelle Alix, are planning jointly curated programmes.

Unusual partnership choices make the second event equally as intriguing. For example, Esther Schipper will be surprising her clientele with a change of media, as the rooms that are usually furnished with conceptual work will house paintings presented by the Nathalie Obadia Gallery. Two complementary art scenes. The still relatively new Sommer&Kohl Gallery has taken a generational turn and has chosen to work with the Denise René Gallery, a historically significant post- war gallery in France. Mehdi Chouakri already had the idea earlier this year of bringing the little represented classical modernism to Berlin with Galerie 1900-2000. The idea has proven worthwhile and promises a sophisticated change of scenery in the coming year as well, since both are partnergalleries again this year. The history of modernism will also be continued through design at the Johann König Gallery, who will be hosting the jousse entreprise gallery.

The programmes presented by the other participants promise to be no less exciting, with their positions providing a glimpse at some new discoveries.
Exhibition programmes for the individual galleries will be available soon.

Opening 15 January 17-21, in all berliner galleries