Tuesday through Saturday from 11 am to 6 pm 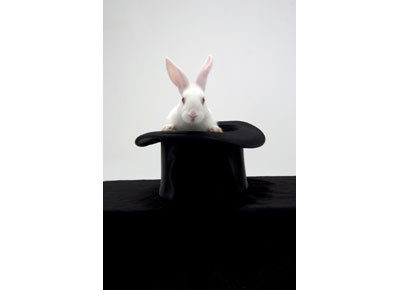 SMMoA will present the United States premier of Sabbath 2008, a video which documents the closing down of the ultra-orthodox neighborhoods in and around Jerusalem on the eve of the Sabbath. In most cases, public access to these neighborhoods is blocked by means of temporary barriers, which remain closed for 24 hours—thus creating an artificial border between the orthodox areas and the rest of the city. The barriers are put in place by neighborhood residents, with the approval and support of the Jerusalem municipality and the police. The city therefore becomes topologically transformed into two cities—one with and one without cars. Although the value of these somewhat rickety barriers may appear symbolic, their presence is sometimes a source of friction and conflict; they delineate a clear cut boundary between the sacred and the everyday. Pereg’s subject matter is often full of political tension, but in Sabbath 2008, she has created a film that is objective in offering a documentary view of an important aspect of religious Jewish life.

Pereg was born in Israel in 1969, and now lives in Israel and Germany. She received her B.F.A from Cooper Union in New York, and graduated from the Bezalel M.F.A studio program in Jerusalem. Her works have been exhibited at such venues as PS 1 New York; HDK Berlin; ZKM Karlsruhe; the Israel Museum in Jerusalem; Herzliya Museum of Contemporary Art; Liverpool Biennial, England (2006); and Loop Video-Art Fair, Barcelona, Spain (2006).

DIANA THATER
Between Science and Magic

Working in film, video, and installation, Diana Thater has been an innovator in her medium for 20 years and is best known for creating complex visual and spatial environments. Between Science and Magic is a simple, and beautiful, interpretation of "movie magic"-a century-old expression that still conjures the mythology of Hollywood filmmaking. Thater's project is conceived as a brief history of cinema.

Thater's new and innovatory piece recreates, and repositions, a seminal moment in Los Angeles history, when downtown LA was being dreamed into a gilded metropolis and a theater district was built to rival New York's Great White Way. Renowned magician Greg Wilson appears as if filmed within the famed Los Angeles Theatre, the most elaborate of the movie palaces built between 1911 and 1931 on Los Angeles's now-defunct "theater row." Thus, the viewer experiences a palpable tension between past and present. The repeated performance of an archetypal magic trick-pulling a rabbit out of a hat-is captured in tones of black, white, and grey; only the magician's skin tone and the rabbit's eyes have a trace of color.

A pioneering filmmaker, Thater's work is held in many public collections including the Solomon R. Guggenheim Museum, New York; Tate, London; the Whitney Museum of American Art, New York; the Art Institute of Chicago; and the Museum of Contemporary Art, Los Angeles. She has been the subject of solo exhibitions at such prestigious institutions as the Vienna Secession; The Museum of Modern Art, New York; the Kunsthalle Basel; and The Renaissance Society, Chicago. Most recently, Thater's gorillagorillagorilla-a poignant study of human and animal behavior-was premiered at the Kunsthaus Graz, in collaboration with the Museum of Natural History in London, to celebrate the bicentenary of Charles Darwin's birth. Between Science and Magic is Thater's first solo exhibition in Los Angeles in over 10 years.

Support for the exhibition is generously provided by The Broad Art Foundation, The Audrey and Sydney Irmas Charitable Foundation, and The Suzanne Nora Johnson and David Gordon Johnson Foundation.

Jeffrey Wells’ work stems from wanting to explore and exploit the optical phenomenon that happens to us while doing something as simple as staring at a white wall. His video projections are participatory performances that use light, time and optics to create an element of surprise. For Seeing Yourself Seeing, Wells will create a series of new, site-specific, projected works that mimic a variety of visual phenomena from after-effects and aura to color and shape-shifts—the room will literally come alive with his animated projections. Each work makes you question whether what you see is real or is just an animated effect.

Wells received his M.F.A from UCLA in 2006, and lives and works in Joshua Tree, California.