The Pigs of Today are the Hams of Tomorrow 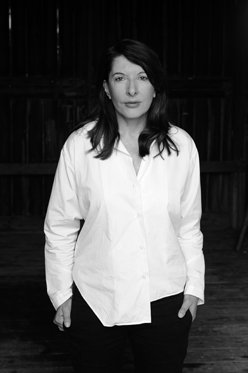 Durational performance is the defining aspect of Marina Abramović’s work for the past forty years. Legacy and cross-generational concern is the curatorial underpinning for this exhibition and live art symposium. Through her new Institute, Marina Abramović now looks to encapsulate this art form and provide space for the future of such practice.

Plymouth Arts Centre are working with publisher Prestel to produce a new publication: Marina Abramović and the Future of Performance Art, Edited by Paula Orrell. This book on the latest in contemporary performance art features the work of world-renowned artist Marina Abramović and showcases eighteen emerging artists. This project explores the diversity of contemporary performance art through the works of exciting new artists from around the world. Their use of storytelling, virtual worlds, audience participation, sound, and the body are documented in this illustrated volume. An interview by Hans Ulrich Obrist with Abramović outlines the challenges and goals of her new project.

The Pigs of Today are the Hams of Tomorrow is funded and partnered by Arts Council England, Plymouth City Council, University of Plymouth, Henry Moore Institute, Anti-Bodies, FRAME, Manchester International Festival, Arnolfini, Urban Splash and Prestel. Anti-Bodies is coordinated by Relational with support from Arts Council England and has been granted the Inspire mark as part of the Cultural Olympiad. The Live Art Laboratory Symposium has been developed with Lee Miller and Roberta Mock, Faculty of Arts, University of Plymouth.