What happens next is a secret

An intriguing, experimental exhibition, attempts to address the question of what happens when artworks become part of a museum collection and are subsequently shown in many different contexts. Working from a potential list, the artworks will be changed during the course of the exhibition, with removals generating absences which call to mind gaps in our memory and point to the partially hidden nature of collections. 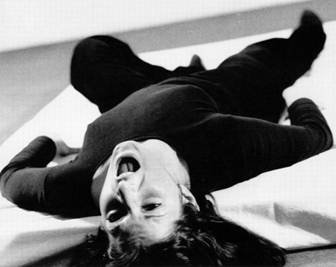 The exhibition is curated by Marguerite O’Molloy

What happens next is a secret, an intriguing, experimental exhibition, opens to the public at the Irish Museum of Modern Art (IMMA) on Tuesday 26 January 2010. The exhibition attempts to address the question of what happens when artworks become part of a museum collection and are subsequently shown in many different contexts.

Working from a potential list, the artworks will be changed during the course of the exhibition, with removals generating absences which call to mind gaps in our memory and point to the partially hidden nature of collections. Meanwhile, the introduction of works may draw out new and unexpected associations, and perhaps new narratives will emerge. Strategies such as repositioning works within the gallery will be used to alter the pace of the exhibition. Films from the IMMA Collection will be shown in a dedicated screening room. Due to the unpredictable changes which are inherent in the exhibition, a list of works will not be disclosed in advance.

A publication will be produced over the course of the exhibition, with the printing happening in four stages - the second stage will be printed directly on top of the first stage, and so on - resulting in chance over-printing. This will form a parallel with the layering of meanings generated in the gallery.

When a group of works is brought together for an exhibition, the possibility for new meaning is created – whether that is a new meaning generated between works, or implied by an overriding theme. This may be intentional or a free association may emerge as a result of a chance coming-together of ideas in the mind of the viewer.

While the exhibition will use mainly works from the IMMA Collection, a small number of works will be borrowed, directly from artists or from other collections. Such as Lawrence Weiner’s statement 021, 1968 which is on loan from the collection of Seth Siegelaub. Also on loan for the exhibition is The Museum Minus the Collection, 2005 by Frantiska + Tim Gilman which was made while they were on IMMA’s Artists’ Residency Programme. This work is an IMMA collection catalogue from which images of the artworks have been cut away creating an intricate lattice. The artists have said that “the holes in our memory define our minds, as windows help define a structure”. The negative spaces left by the absent images create a new structure within the book – each removal acting like a window framing further absences.

Donald Urquhart’s outdoor work Recurring Line is absent from view for most of the year. It is a site-specific work in the Meadow of the Royal Hospital site; home to the IMMA Collection. It is a drawing made annually in the landscape by the appearance of Galanthus Nivalis (snowdrops). During the course of the exhibition Urquhart will be making a related temporary wall drawing in the gallery titled In absentia.

Artists on IMMA’s Artists’ Residency Programme (ARP) will be invited to engage with the exhibition in a variety of ways, such as exploring methods of presentation or intervening in the exhibition by creating temporary works of their own. Past ARP resident Tine Melzer has made a new work in a hidden space, which has been discovered behind a false wall in the gallery. IMMA has commissioned a sound piece by Irish-based artist Russell Hart who will be working with Irish artist Karl Burke to produce a new work in response to the exhibition.

Continuing IMMA’s well-established Limited Edition series, Ilya + Emilia Kabakov have produced a limited edition print titled The Ghosts in the Morning which will be included in the exhibition and is available to buy online at www.immaeditions.com

What happens next is a secret continues until 18 April 2010. Admission is free.