The Psychological Gesture in American Photography, 1940-1959 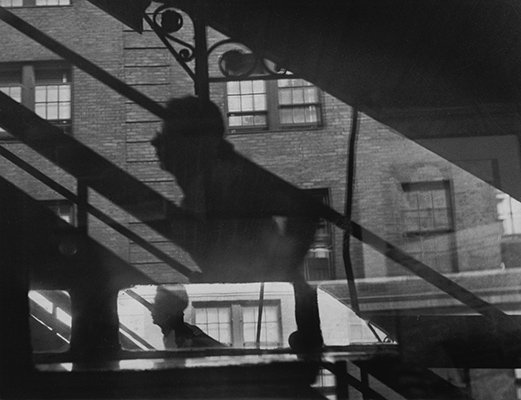 A unique and pivotal moment in American history will be explored in Street Seen: The Psychological Gesture in American Photography 1940-1959, on view at the Milwaukee Art Museum January 30 through April 25, 2010. The exhibition, which showcases urban street photography from the 1940s and '50s, provides new insight into a time when the photographic medium and American society were both at a cultural crossroads.

"The essence of the images captured in Street Seen suggest some compelling parallels to today's society, in terms of how we struggle to carve out our place in an increasingly anonymous world," says Lisa Hostetler, Curator of Photographs, Milwaukee Art Museum. "The photographs have a universal quality that transcends time and place to tell a human story. Many of the images capture scenes that could just as easily be present day Milwaukee as post-World War II New York City."

The exhibition also includes work by Robert Capa, Henri Cartier-Bresson, Walker Evans, W. Eugene Smith, Helen Levitt and Weegee, among others, to demonstrate how the photographers were influenced by documentary photography and photojournalism, but ultimately differed from their predecessors and contemporaries.

Refuting the common claim that photojournalism was the only significant photographic activity at the time, Street Seen uncovers a crucial time in American art, when global media was in its adolescence and photography was just beginning to achieve recognition in the contemporary art world. It is the first major examination of street photography of the 1940s and '50s in nearly 20 years.
"Abstract Expressionism, film noir, and Beat poetry are all widely recognized aftershocks of World War II, but the significance of creative photography during that time has been largely ignored," says Hostetler. "However, the way in which the images in Street Seen evoke strong emotion, in a subtle and unsentimental way, makes this exhibition undeniably appealing on a human, universal level."

EXHIBITION CATALOGUE
Published by the Milwaukee Art Museum and DelMonico Books, an imprint of Prestel Publishing, STREET SEEN: New Visions in American Photography, 1940-1959 includes an essay by Lisa Hostetler, Curator of Photographs at the Milwaukee Art Museum, biographies, timeline, and bibliography. Hardcover copies ($60; $54 for Members) are available in the Museum Store, 414-224-3210.

PAINTING, DRAWINGS, AND FILM
Street Seen includes paintings and drawings by Jackson Pollock, Willem de Kooning, Richard Pousette-Dart, and Franz Kline to demonstrate the correspondence in sensibility and approach between the painters and photographers of the time. In addition, several films will accompany the exhibition including William Klein's first film, Broadway by Light, 1958, and the premier of Louis Faurer's Time Capsule, 1940s-60s, which was recently discovered and has never been shown to the public.

A press preview will be held on January 27, 2010, from noon to 2 p.m. and will include an exclusive tour led by the exhibition curator, refreshments and Q & A. To RSVP, contact Maggie Baum (see below).