Why do contemporary artists become such active intervening in the ways in which time is framed by the historical meta-narratives implicit in contemporary social spaces? The exhibition with 6 artists, relates this question to artistic practices that confront dilemmas posed by the representation, remembrance and actualisation of the past as far as it concerns projects of socialist and communist modernity. Their work on modes of recalling, forgetting or reactivating the former ideas of socialist modernity, enables a reassessment of the contemporary potential of art in relation to the new economy. 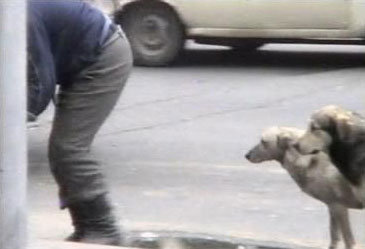 Why do contemporary artists become such active "comrades of time" intervening in the ways in which time is framed by the historical meta-narratives implicit in contemporary social spaces? The exhibition relates this question to artistic practices that confront dilemmas posed by the representation, remembrance and actualisation of the past as far as it concerns projects of socialist and communist modernity. In the artists’ works, two principal interconnected modes of thought can be detected: on the one hand, a reflection on the possible meanings of the layers of history present in architecture and other forms of the organisation of life, in particular questioning the way history is mediated and medialised. Thus, the focus here is on the contemporary conditions of the production of the experience of the past. On the other hand, a strong emphasis is also placed on thinking about the emancipatory aspect of modernity as an unfinished project. From this perspective, the urgent need is to assess modernity’s present-day potential and at the same time critically examine its mistakes.

Modernist ideological projects can be seen with especial intensity in the construction process, in acts of destruction and rebuilding that are inexorably linked with the writing of history and a policing of memory. "Narrative and construction," notes Ricoeur, "bring about a similar kind of inscription, the one in the endurance of time, the other in the enduringness of materials. Each new building is inscribed in urban space like a narrative within a setting of intertextuality". Destruction can erase or suspend old histories in time, and thus announce the inception of new narratives. The process of the production and reproduction of the social space in which the evolving urban fabric, architecture and design function forms an interesting challenge for artists, in as much as they interpret it as a palimpsest composed not just of spectacular, visible and physical temporo-spatial layers, but also of multiple invisible and immaterial strata piled on top of one another. Artists are not so much concerned with the uncovering and presentation of an erased text that may once have existed, but encode or reactivate it, exposing the current context in which it might emerge. It is here that artists are active comrades of time, mixing frames recognized from descriptions of history and inventing new trajectories for past events. Interested in the complex nature of the desire to grasp the past, they perform transformations on the senses ascribed to it, making use, for example, of the method of repetition or remakes. Repetition is in fact an actualization of the conditions of production that emerge from a reworking of the past.

The exploration of the traces of a lost utopia in contemporary social space that is present in the works of Clemens von Wedemeyer ("Silberhöhe", "Die Siedlung"), Zbyněk Baladrán ("Glossary", "Socio-fiction II") and Grigor Khachatryan ("Churches") is connected with a question as to the mediation of the imagining and remembering of them through the different images and various technologies operative in the field of visual culture: fiction and documentary films, video and television. Probing images through different modes of their "technical reproducibility" they get to the very heart of the contemporary immaterial and affective aspect of an economy that generates first and foremost mediated images and desires.

The question of the contemporary emancipatory potential of revolutionary ideas, of socialism and communism, and the role of art in the transformation of society are taken up in the works of Škart ("Our Miracle") Anna Molska ("W=F*S (Work)", "P=W:t (Power)") and Zbyněk Baladrán. What conditions produce the need to even ask such questions today? The artists` suggestions can be seen within the discussions of the problem of the erasing of communism from the history of the societies that experienced it, or the simple treating of it as a mistake, a temporary break in the universal striving towards capitalism. This amnesia and the lack of new political horizons was one of the factors supposed to facilitate the domination of the current paradigm in which antagonisms are subdued. The strength of negated sentiments can lead to the fantasy of reconstructing lost, a-historical, stable and "true" traditions in the sense described by Svetlana Boym as "restorative nostalgia" and to an explosive "return of the repressed." The artists propose a working through of the past through returning to it and testing its elements today.

Their work on modes of recalling, forgetting or reactivating the former ideas of socialist modernity, elements of which still contribute to the production of the spaces in which we live, enables a reassessment of the contemporary potential of art in relation to the new economy, to forms of organisation of life and to the initiation of collective experiences. (Extras from the publication "Comrades of Time")

This project is supported by POLISH INSTITUTE BUCHAREST.