Things that only an artist can do 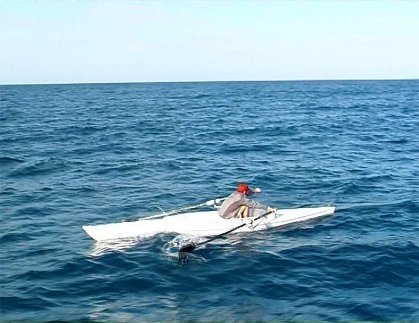 MARCO of Vigo opens its 2010 programming with a group project coproduced with MEIAC of Badajoz and curated by David Arlandis and Javier Marroquí. 'Things that only an artist can do' arises as part of a curatorial research which since 2005 analyses the presence of humour in contemporary art, from different perspectives.

Here, the project focuses on the rise of certain artistic attitudes where humour shows up in nearly absurd manner. The exhibition brings together works by a tweleve artists, who insist on projects that entail a great effort. An irrational and disproportionate effort in relation to the end result. In the curator's words, 'To undertake an absurd, or out of context action always implies a comic charge for the observer, but when, furthermore, that action is carried out with intensity, with an absolute dedication and with a huge effort, and in full awareness that this effort is totally useless, we have a square-cubed absurdity, and, therefore, a square-cubed comic charge. The effort acts as an element which reinforces absurdity, its function is that of exaggerating. Exaggeration has always had an important role in humour, by being an element of distortion which removes us from reality and takes us to the comic realm through incoherence.'

'Things that only an artist can do' deals with the evolution of the concept of an artist, with their place in society and with the reconsideration of the function of art. What is it that makes them reach extremes where absurdity and humour are stronger than practical reason? Without a doubt, it is a new attitude, a new way of facing their creation, and a way of situating themselves in the world. The artists present in this exhibition share the same references, and, above all, share a work methodology, which is far from the production of objects and that tackles the action itself. The pieces shown in the galleries are most of them results, consequences, documentation or vestiges of an action.

Piero Golia's installation, remembrance of his canoe crossing through the Adriatic; Yamashita+Kobayashi's video, Infinity, register of an action without human presence; Wilfredo Prieto's installation — a plant, a wheelbarrow and a photograph — , trace of the performance executed on the island of Curaçao; Xu Zhen's video and photographs, showing the 18-day 'feat' on a van; Gianni Motti's stroll along the tunnel of the CERN LHC hadron collider in Geneva; Tere Recarens's video, showing the artist 'sweeping' the clouds over Berlin; the video-prologue of the 1999 performance by Aleksandra Mir, or the one with goldfishes on a plane, by Paola Pivi; the mail of the unfruitful action by the Gelitin collective; the balcony leading Julien Berthier's proposal, or Leopold Kessler's installation, Diplom, which registers the unwinding of a 1,200m cable along the city. And as an example of work in progress, Enrique Lista's installation, which began back in September 2009 with the drafting of an agreement on work production, and which will go on until August 2010.

Catalogue
On the occasion of the show, MARCO of Vigo and MEIAC of Badajoz has published a trilingual catalogue (Galician-Spanish-English) which includes, besides a text by the curators, two essays about humour in contemporary art by David G. Torres and Mami Nataoka, texts by different authors —David Armengol, Montse Badía, David Barro, Mery Cuesta, Álvaro de los Ángeles, José Luis Pérez Pont— about each of the works in exhibition, the artist's biographies and images of the works.