Exhibition - Film - Discourse. Eight artistic statements protesting intolerable conditions, ranging from the "dead" classroom by the Polish artist Tadeusz Kantor to Jimmie Durham's unmasking of America's founding myth in "Building a Nation", to Regina Jose' Galindo's opening performance: her own gold teeth become the metaphor not only for the exploitation of Latin America, but also call forth associations of the brutality of the "Third Reich". The works take on today's global reality - not by reflecting or reproducing it, but by distilling its essence. 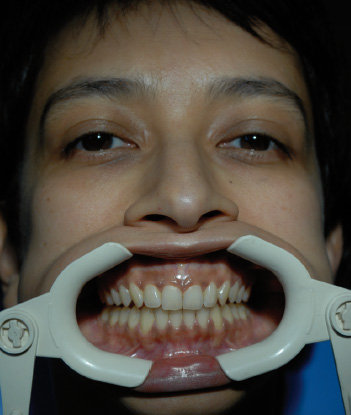 From March14th to May 9th the Haus der Kulturen der Welt examines a range of aesthetic and philosophic questions centered on the concept of rage. Is there a new "culture of rage" in the current economic and political crises and states of emergency? How can we process in positive and creative ways instances of war, repression, mass migration, poverty or urban bankruptcy? What new geographies and phenomena emerge from rage provoking events? How do different cultural spheres take control or become empowered when greed and power dominate?
Throughout the exhibition and discursive program of On Rage, artists, writers and cultural historians probe the psychological, social, political, and economic consequences that effect a population in the aftermath of dramatic and violent changes. The strategies and intellectual processes used to deal with rage is the theme of the exhibition and discursive program co- curated by Valerie Smith, head of Visual Arts, Film and Media and Susanne Stemmler, head of Literature and Humanities and Cordula Hamschmidt, Program Coordinator in the Literature and Humanities department at the Haus der Kulturen der Welt, who together have conceived a thematically and medially interlinked project.

Jimmie Durham’s installation "Building a Nation," which arose during a series of live performances in 2006, examines the history of systematic genocide against the indigenous peoples of North America. Injurious quotes from powerful Americans appear between the detritus of the North American landscape. Within her monumental architectural drawings, Seher Shah makes a direct relationship to the body, using space as a metaphor for an interior world that mines the urban history of solids and voids, memory and its absence. Shoja Azari’s coffee house painting, "Final Judgment," is a video projection, focusing on how all media is used to perpetuate myths and political agendas, in this case, the exploitation of religious fundamentalism. The death or the deadening of culture is a theme that runs through of Tadeusz Kantor’s (1915-1990) prolific works. In "Klasa szkolna dzielo zamkniete / The Classroom – Closed Work," spectators watch as a boy confined to his school desk, slowly but surely, acquiesces to indoctrination.

A work of assembly architecture specially developed by the ifau collective (institute für angewandte urbanistik) creates a setting – the "spatial heart" of the accompanying program – for discursive negotiations within the exhibition.

The exhibition includes four commissioned works: The international artists' collective Reloading Images, whose work begins at the interface between aesthetic and discursive practices, has specially developed a new piece for the exhibition that revolves around the need for the international community to take responsibility for their fate. In "On how to Appear Invisible: the Negotiation," they create a symbolic replica of the United Nations Security Council and fictional deliberations. The project will be variously represented in three cities: Berlin (HKW), Beirut (Homeworks V), Cairo (Townhouse Gallery). In Regina José Galindo new piece "Looting," she translates the continuation of the history of colonial exploitation into a performance. Her work is created on-site during the opening and will leave behind a video document and the affects of her performance. The Berlin-based Swedish artist Klara Lidén, whose work explores the body’s relationship to architecture as well as intimate forms of resistance to socially accepted norms and role conceptions, installs up in the balcony of the exhibition hall an environment amidst objects and video works with music. "May the Arrogant Not Prevail," follows on an earlier work in which Michael Rakowitz dramatized the looting of the Baghdad Museum as an imperialist paradigm. For HKW he will create replica of the current replica of the Ishtar Gate that has turned into a tourist attraction for American soldiers stationed in Baghdad. His "copy of a copy" is constructed from Arab packaging materials found in Berlin, the surrogate city of the "original" Ishtar Gate now at the Pergamon Museum.

Lectures, Artist Talks and Performances (including Discoteca Flaming Star, Mick Taussig, Yana Milev, Abdelwahhab Meddeb, Jean Ziegler, Stefan Weidner) examine the topic of rage along with an extensive film program. The event includes a three-day open seminar led by Georg Seeßlen – conceived and organized by the Guardini Stiftung in partnership with the Haus der Kulturen der Welt – and Documentaries and Feature Films which take up the themes of the lectures and talks. In the educational program "Learn and Experience" artists take school classes and senior groups into "Wuträume" to search for traces of relics and the witnesses of social, political and emotional states of emergency.

A 3-day long "Rage Summit" (May 07-09) marks the final part of the interdisciplinary program "Über Wut | On Rage, involving different discursive formats. The main core consists of three open panels with the following topics: (1)"Anger, revisited: Cultures of Protest, Terrors of War", including Silvère Lothringer, Simon Critchley et al; (2)"Anger as affect: A question of Emotion" including Paolo Santangelo, Boyan Manchev et al, and (3) "Anger, now: Tipping points, borderlines, emergencies", with Aaron Ben Ze’ev, Mark Terkessidis (tbc) et al.
Furthermore, "Dialogical Inquiries" in which representatives of various disciplines and fields of work come together into a sudden call regarding questions in the field of anger, as well as "Re-Readings" in which key texts on anger and rage are being made accessible and read by artists and intellectuals will take place throughout the Rage-Summit.

Aside from the performance of Regina José Galindo at the opening on 13.03. German-Turkish actor Birol Ünel performs a Re-Reading of Allen Ginsberg's "Howl /Geheul".