A global and interdisciplinary view on public space 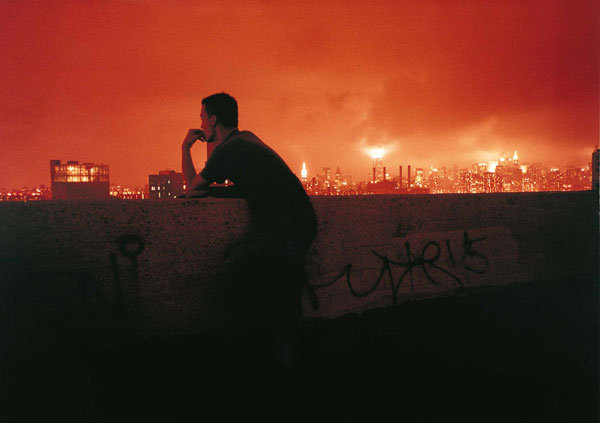 The exhibition project MALAS CALLES presents a global and interdisciplinary view of how public space and city streets and squares have been represented during the last century. Streets are some of the most important elements in the urban fabric; the changes they undertake, the events that take place in them and the structure they have are all basic points to understand essential aspects of city life. If one knows about the modifications and changes that have taken place in streets for the last decades, we will gain a better and thorough understanding of human feelings and experiences.

The catalogue of the exhibition compiles the works on display and includes texts by Manuel Delgado, Vicente Sánchez-Biosca, Juan Antonio Suárez, Consuelo Císcar and José Miguel García Cortés, the curator of the exhibition.

In MALAS CALLES we can follow an itinerary that starts at the beginning of the 21st century and continues (or rather, it goes back) until the first decades of the 20th century. It is a journey through four main stages that reveal the different states of mind, spirit, attitudes and patterns of behaviour that have organised and structured life in Western cities for years. It is a journey that takes us from joy and hope in the 20’s and the 30’s to lethargy and scepticism in recent years.

These are the four stages of the project:

1) The game is over: this section compiles artistic expressions from recent years which evidence an attitude of strangeness and urban isolation and loneliness. Here we can see the most modern proposals, which reflect the most fragile and hopeless view of life in cities. Some of the works are by, among others, Allan Sekula, Jeff Wall, Rem Koolhaas, Paul Graham, Michael Ashkin, Grupo de Arte Callejero, Gabriel Basilico and Peter Eisenman.

2) The street belongs to us: this part focuses on the works by different artists who have portrayed the wish of different social groups to make themselves visible and occupy city streets and squares. Here we can find works by artists and architects such as Cindy Sherman, Philip Lorca di Corcia, Martha Rosler, David Wojnarowicz, William Kentridge, Aldo van Eyck, Gilliam Wearing and Wolfgang Tillmans.

3) Between utopia and disenchantment: it focuses on the 50’s and 60’s and refers both to the visionary architecture projects that understood cities as organisms free from any ties and to more pessimistic and disenchanted proposals. We can see works by Guy Debord, Dan Graham, Peter Cook, Vito Acconci, Constant, Gordon Matta Clark, Yona Friedman and Edward Ruscha.

4) In the middle of the crowd: this section represents the faith in progress and modernity that lay behind the construction of cities in the first half of the 20th century, as well as the presence of crowds in the streets. Photographs by Cesar Domela, Valentina Kulangina, Gustav Klucies, Paul Joostens, Walker Evans and Horacio Coppola establish a relationship with drawings and watercolors by George Grosz and a modern art installation by Carlos Garaicoa.

The exhibition originates from an interdisciplinary point of view in the conception of cities and the (pernicious) streets in them. Thus, the different artistic expressions (photography, video art and drawing) support and complement each other together with a wide selection of films (La Haine, La Zona, Rumble Fish, Do the Right Thing, Metropolis, Play Time, Berlin: Symphony of a Great City and Man with a Movie Camera), literary works (by writers like Don Delillo, Roberto Bolaño, Carlos Monsiváis, Tom Spanbauer, J. G. Ballard, Edgar Allan Poe, James Joyce and Alfred Döblin), and songs (by Boris Vian, Ella Fitzgerald, Laura Nyro, David Bowie, The Smiths, Lou Reed, Chemical Brothers and Public Enemy) from each of the periods. Thanks to this the different sections offer a wide and thorough view of the artistic representation of life in Western city streets in the last century.