The 36 artists, artist collectives and curators from 22 countries currently in residence at ISCP will present work in their studios. 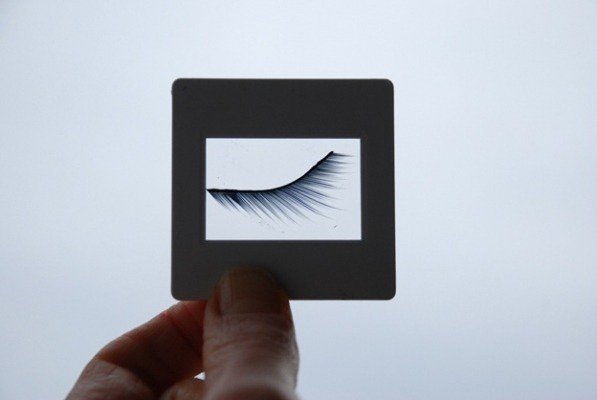 The International Studio & Curatorial Program (ISCP) Fall Open Studios is a four-day exhibition of international contemporary art. The 36 artists, artist collectives and curators from 22 countries currently in residence at ISCP will present work in their studios.

Open Studios offers the public access to innovative contemporary art practices from across the globe – seen for the first time together in New York City – providing an exceptional opportunity to engage with the production, process and archives of artists working with a diverse range of mediums, approaches and concepts. Alongside Open Studios, ISCP presents a series of programs in collaboration with 98weeks, an artist-run space in Beirut, and Valiz publishers, based in Amsterdam.

In October 2011, ISCP launched an annual residency for an international contemporary art organization. This residency was initiated in the same spirit as ISCP’s residency program, to support cultural exchange by bringing an international perspective into a local context. Currently in residence at ISCP is 98weeks, a non-profit, artist-run space in Beirut. 98weeks operates within an expanding arts infrastructure and addresses a new generation of artists living in Beirut. Their activities are collaborative and research-based, combining both theoretical and practical forms of inquiry. 98weeks’ projects take multiple forms such as workshops, community projects, seminars, video screenings, reading groups and publications. Every 98 weeks, a research topic is outlined and worked on for that same time period. 98weeks’ first topic addressed spatial practices in Beirut, and their current subject focuses on publications. Activities, ideas and projects often stem from ongoing discussions and conversations with the community of artists living in Beirut.

To translate this singular configuration into another city, and to transpose 98weeks’ project space into an institutional one, poses different challenges, such as how to re-present the immaterial, process-based nature of 98weeks’ activities. In order to address this, 98weeks presents A Program, which is being hosted by ISCP to accompany Open Studios, and which reflects on operating strategies and structural differences. A Program will have autonomous opening hours and will host a series of events to gather the audience at a given time and space. These events will introduce the public to 98weeks through the group’s first two research topics.

November 4-6th, 3-7pm: On the city, a selection of videos and works that disclose urban narratives on contemporary Beirut, revealing aspects of the city and its history that have not yet been subsumed under dominant narratives or popular clichés. Artists include Marwa Arsanios, Vartan Avakian, Mounira el Solh, Siska and Karine Wehbe.
On Publications revisits historical publications from the Middle East, reinterpreting their present potential for our understanding of the history of literary and publishing production. A selection of books by artists close to 98weeks’ activities will be available for the public to read by Lawrence Abu Hamdan, Mirene Arsanios, Rayya Badran, Mounira el Solh, Rana Hamadeh, Hatem Imam, Samandal Magazine, Jana Traboulsi and Karine Wehbe.

Saturday, November 5th, 5pm: On Publications Suneela Sunbula and Mirene Ghossein will read two poems, by Sargon Boulos and Adonis, respectively, and both published in Shi’r, an avant-garde poetry magazine (1957 – 1970) created by the Lebanese poet Youssef el Khal and known for introducing the prose poem in Arabic.

Sunday, November 6th, 3pm: Text Tasks: Roles and Relations in Artistic Research, a roundtable conversation with Mirene Arsanios and Sidsel Nelund addressing a series of physical and dialogical tasks challenging the relation between thinking and doing, theory and practice.
See it Again, Say it Again: The Artist as Researcher panel discussion and book launch in collaboration with Valiz

Sunday, November 6th, 5pm: See it Again, Say it Again: Panel discussion and book launch of the publication edited by Janneke Wesseling. See it Again, Say it Again sheds light on the phenomenon of research in the visual arts. This volume has been written from the perspective of art as practice. The majority of the authors are artists, while several artists provided visual contributions that elucidate the phenomenon of research in art. What does artistic research yield for art? Does it propagate better art or a new type of art, or perhaps even a new type of artist?