Magazine Launch and performance by Art Club 2000 and Martin Gimenez 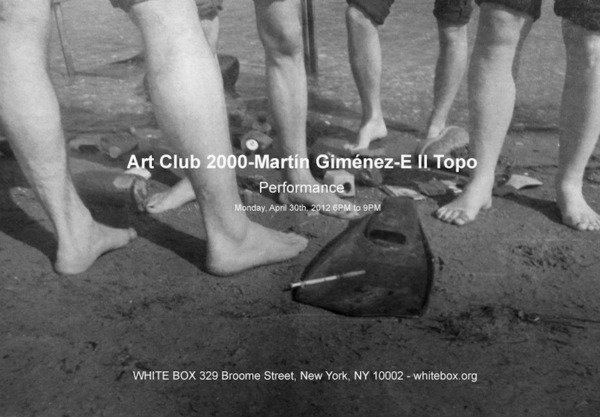 In only four years (1992-1996) E IL TOPO has recorded, through the contribution of artists such as Art Club 2000, Massimo Bartolini, Vanessa Beecroft, Maurizio Cattelan, Mark Dion, Dominique Gonzales Foerster, among others, the spirit and attitude of a generation of artists which, at that time, was about to achieve definitive international recognition both by the critique and the public, anticipating in this sense the experience of relational art, which in recent times we have learned to recognize in very different and complex ways. In 2012, the 12th issue, against the archaeological tendencies that led to the research of ultimate sense in sad fossils, E IL TOPO decided, de motu propio, to summon personalities of the art world who passed away during the lapse of time in which the magazine vanished. From 6pm tp 9pm the performance by Art Club 2000 and Martin Gimenez, directed by Gabriele Di Matteo, is centered on the figure of the late American artist Sibyl Cohen. Participating artists are, alma mater Gabriele Di Matteo, Art Club 2000, Martin Gimenez, Franco Silvestro, Francesco Fossati and Francesco Locatelli.