A major function of the Foundation will be to create a catalogue raisonne' of the works of Lissitzky, one of the most versatile artists of the Russian avant-garde. 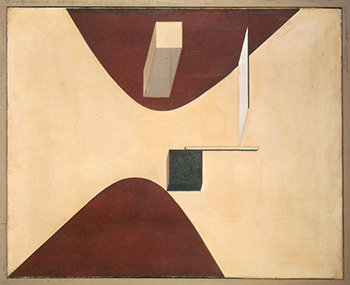 On Thursday 30 April at 2pm CET the Lissitzky Foundation will be launched in an online presentation for the international press. The Lissitzky Foundation is a newly established international non-profit organisation to promote research and exhibitions of the work of the Russian artist El Lissitzky (1890–1941). A major function of the Foundation will be to create a catalogue raisonné of the works of Lissitzky, one of the most versatile artists of the Russian avant-garde. His oeuvre comprises drawings, paintings, graphic works and photographs, but also architectural designs, advertisements, designs for books and journals, exhibition designs and writings. Works by Lissitzky are part of many public and private collections all over the world.

To subscribe to the online presentation please send an email to info@lissitzky.org you will receive a link to participate.

The Foundation's activities
One of the first projects of the Foundation is the publication in English of a major book focusing on El Lissitzky's Jewish period (1910–19). The book is authored by Alexander Kantsedikas, and Israel-based scholar who has published several books on the artist. The book on the Jewish period has been completed and is currently undergoing edits, outside reader commentary and design.

Another publication coming up is the translation into Russian of the first major Western monograph on El Lissitzky published originally in German by VEB Verlag in Dresden in 1967 and authored by his widow, Sophie-Kueppers Lissitzky. The book was translated into English in 1980 and distributed by Thames and Hudson. The translation project is being overseen by Lissizky's great-granddaughter, Valeria Lissitzkaya, who is a member of the Foundation's Advisory Board.

The administrative home of the Foundation is the Van Abbemuseum in Eindhoven, The Netherlands, which hosts the largest collection of works by Lissitzky outside Russia.