To open at Bard College. Promising to be one of the highlights of the fall contemporary art season, the Museum will create a revitalized program of exhibitions, artist commissions and public programs at Bard’s Center for Curatorial Studies. The collection consists of works by Carl Andre, Janine Antoni, Louise Bourgeois, Francesco Clemente, Dan Flavin, Thomas Hirschhorn, Yayoi Kusama, Paul McCarthy, Sigmar Polke, Gerhard Richter, Pipilotti Rist, David Salle, Rosemarie Trockel, among many others. 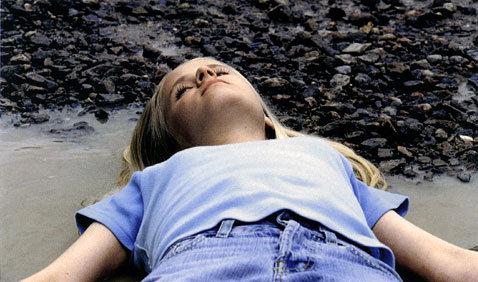 This weekend, the Center for Curatorial Studies at Bard College inaugurates the new 17,000 square-foot Hessel Museum of Art with Wrestle, an exhibition of over 150 representative works from the Marieluise Hessel Collection. Curated by Center for Curatorial Studies (CCS Bard) executive director Tom Eccles and independent curator Trevor Smith, Wrestle will open November 12 and remain on view until May 27, 2007.

This compelling overview of the Hessel Collection focuses on works that challenge notions of self and others, offering connections in form and content among works from diverse artistic and social positions. “We have tried to be sensitive to the context and intentions of the artists," Tom Eccles states, “but we have also tried to craft an exhibition that is contentious, provocative, and faithful to the character of the collection as a whole and the collector’s bold and passionate choices over the past 40 years."

An innovative two-volume catalogue, also titled Wrestle, continues the curatorial play of suggestive juxtapositions. All works in the exhibition are illustrated along with three specially commissioned artist projects. In addition to essays by Eccles, Smith and CCS faculty member Ivo Mesquita, independent critic Michael Brenson interviews Ms. Hessel and Tom Eccles. Designed by Goto Design, New York, the Wrestle catalogue will be launched at the inauguration of the Hessel Museum on November 12.

10:00 AM Witness to Her Art Panel and Book Launch
With editors Rhea Anastas and Michael Brenson
Blithewood Manor

1:30 PM Lunch (*Sandwiches and concessions will be available for purchase at the
Museum)

All events take place on the campus of Bard College.
Limited free seating on a chartered bus is available to and from the reception from New York City. Call (845) 758-7598 for details and reservations.

About the Center for Curatorial Studies and the Hessel Museum of Art
The Center for Curatorial Studies and Art in Contemporary Culture is an exhibition and research center dedicated to the study of art and exhibition practices from the 1960s to the present day. Created in 1990 by Marieluise Hessel and Richard Black, the Center initiated its graduate program in curatorial studies in 1994. The Center’s original 38,000-square-foot facility, designed by architect Jim Goettsch and design consultant Nada Andric, was completed in December 1991. Expanded and completely renovated in 2006, the Center now offers 9,500 square feet of exhibition galleries, advanced collection storage facilities, classrooms, a library and archive, and offices for faculty, staff, and visiting curators and scholars.

Directions
The Hessel Museum of Art and the Center for Curatorial Studies are located on the campus of Bard College in Annandale-on-Hudson, New York, on the east bank of the Hudson River, about 90 miles north of New York City.

By Car
From New York City, New Jersey, and points south, take the New York State Thruway (I-87) to Exit 19 (Kingston), take Route 209 (changes to Route 199 at the Hudson River) over the Kingston-Rhinecliff Bridge to Route 9G; at the second light, turn left onto Route 9G and drive north 3.5 miles. Once on campus, follow signs for CCS Bard Hessel Museum.

From southern Connecticut, follow I-84 to the Taconic State Parkway, take the Taconic north to the Red Hook/ Route 199 exit, drive west on Route 199 through the village of Red Hook to Route 9G, turn right onto Route 9G, and drive north 1.6 miles.

From Massachusetts and northern New England, take the Massachusetts Turnpike to Exit B-2 (Taconic Park- way), take the Taconic south to the Red Hook/Route 199 exit, and proceed as from southern Connecticut.

By Train
Amtrak provides service from Penn Station, New York City, and from Albany to Rhinecliff, about 9 miles south of Annandale. Taxi service is available at the Rhinecliff station.