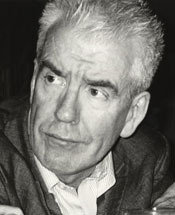 Gerald Barry's opera, The Intelligence Park, widely regarded as one of the most innovative and compelling operas of recent times, will be presented in a concert performance at the Irish Museum of Modern Art on Wednesday 18 May 2011. Described by The Irish Times in 1990 as 'the most original piece of music to come out of Ireland this century', the opera is set in Dublin in 1753 and embraces love, power, prison and an eclipse of the sun. Presented in collaboration with Crash Ensemble, the production forms part of an exciting season of performances being staged at IMMA in May to mark the 20th anniversary of the Museum's foundation in 1991. The opera is conducted by Richard Baker, and the singers are Sarah Gabriel, soprano, Lore' Lixenberg, alto, Roderick Williams, baritone, Andrew Watts, countertenor, John McMunn, tenor and Stephen Richardson, bass. The performance begins at 8pm. Tickets 20, concessions 15.