Return of the Blogs. This program resumes with a new commission by the New York-based artist collective presenting 13 days of performance. In collaboration with musicians, sound artists, filmmakers, writers, and friends, the group is composing a multifaceted live program that relates to the history of performance art, as well as MoMA's particular institutional structure. 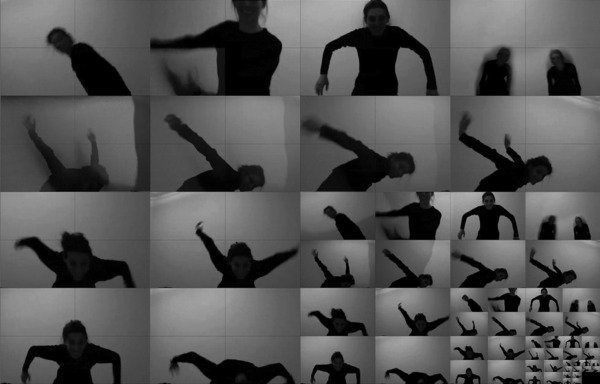 The New York–based artist collective Grand Openings presents 13 days of performance in The Donald B. and Catherine C. Marron Atrium and in other locations throughout the Museum. Inviting collaborators such as musicians, performance art scholars, sound artists, filmmakers, writers, and friends, the group is composing a multifaceted live program that relates to the history of performance art in general as well as MoMA’s particular institutional structure.
Some sections are informed by encounters with the Museum’s archives, current exhibitions, architecture, and staff; others are indirect meditations on the practice of performing itself.
The title of the program, Grand Openings Return of the Blogs, refers to an additional documentary element of the work—a daily account of the actions in the form of handwritten texts, fabricated objects, and audio podcasts —which will be presented in the gallery space and on MoMA.org.

The five members of Grand Openings will converge twice daily for recurring performances: a music session for visitors at 12:00 p.m. in the Roy and Niuta Titus Theater 2, and tea time at 3:00 p.m. in the Marron Atrium. Grand Openings will also organize performances including, but not limited to, a singles night for MoMA visitors on July 22 and 29; a wedding performance on July 31; a musical performance by the band Liturgy on July 29; a reenactment of Kathryn Bigelow's film Near Dark (1987), while the film simultaneously screens in the Roy and Niuta Titus Theater 1 on July 30; and a day of formal attire, for which Museum visitors will be encouraged to dress in formal clothing, on July 27.

The Performance Exhibition Series is made possible by MoMA’s Wallis Annenberg Fund for Innovation in Contemporary Art through the Annenberg Foundation.

Image: Grand Openings with Daishiro Mori/Sen Uesaki. The Calender of the Dead (Lee Williams Version 1/2). 2011. Image courtesy of the artists