Completely free, matching Lausanne's geography, the festival invites the spectator to have a different look and to face an innovative contemporary creation without any headliners. During three days, more than 40 projects including performances, installations art, exhibitions, videos, theater and concerts, take place in some 20 venues. 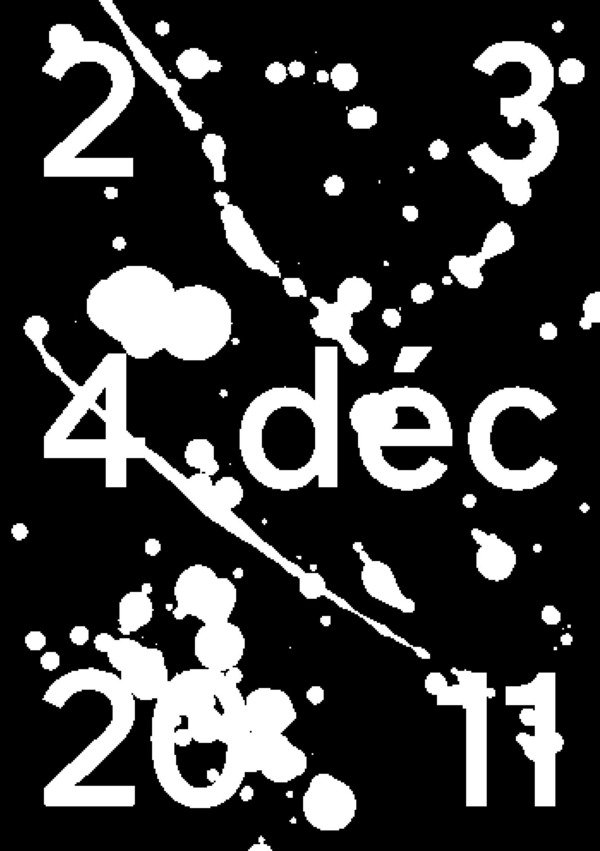 Laboratory for new aesthetics and daring cultural practices, Les Urbaines Festival has been winning the heart of art enthusiasts for 15 years now. Completely free, matching Lausanne’s geography, it invites you to have a different look and to face an innovative contemporary creation without any headliners.

For its 15th anniversary, Les Urbaines Festival specially offers a rich and daring programme. More than 40 projects including performances, installations, exhibitions, videos, theater and concerts, taking place in some 20 venues during three days, will give a chance to explore impertinent and stimulating artistic cultures. More than a new generation, we will introduce you to new aesthetics, new topics and new energies, in a welcoming environment.

I am proud to keep this 15 years of artistic boldness alive. Presenting freely the most contemporary artistic creation is a courageous, popular and unique approach here in Switzerland. It has been possible thanks to the artistic places of Lausanne and Renens, to the regular support of public authorities, to the generous sponsors and to the energy of the whole team of professionals and volunteers. Thus, Les Urbaines Festival plays a double part: stepping stone to many emerging local artists — undoubtedly successful — and cultural catalyst, meeting the curiosity of a larger audience.
In terms of boldness, I want to salute… yours. Dear audience, dear artists, dear sponsors, dear curators, thank you for daring! And of course: long life to the forever innovative Urbaines!

But can we necessarily talk about «interdisciplinary» projects as they are often called? We don’t think so. Artists’ transversal approaches are more an attempt to redefine the artistic genre than to mix genres. Indefinable, their works are based on honesty and integrity more than on diversity. For instance, the Dutch artist Gertjan van Gennip puts Goethe’s novel Das Märchen to the stage without any other props except costumes he made for the occasion. Anne Delahaye and Nicolas Leresche’s creation Le corps du trou uses sound, moves, texts, music, and scenography to question the spatial and temporal void and to provoke our imagination. Chiens de Navarre make the most of the festival’s possibilities by presenting a free and improvised chapter-based theater project of more than 3 hours during which the audience is free to come in and out. As for Philippe Wicht, his project Boo is simply based on the place he will perform in: a sport hall. By promoting risky and simple artistic forms filled with honnesty and originality, these artists succeed in moving us deeply.

Visual Arts
A network of underground connexions between the various artisitic works appears in this edition. This image was found during the former edition and became the theme of our programmation. It started with an intuition based on the town’s special relief: the disappearance of the Flon and the Louve rivers. The study of this story most of the time unknown by Lausanne’s inhabitants, reveals the paradoxes of an unsteady urbanism. The town-planning and its evolution appear to be a surprising stratification whose global outlook is still difficult to grab. By looking at Lausanne’s history, we notice for instance that the rivers which used to dig ravines creating the town’s districts are completely diverted. Nowadays, this area is occupied by the sewers.

In addition, another flux crossed the city: the moving image. In fact, Lausanne used to be full of cinemas, most of them disused, transformed or destroyed by now. Beneath La Riponne is the former cinema Romandie, an heterotopical place which immediately attracted us by its special aspect. This unused room whose plan evokes a ship silhouette, embodies the perfect metaphore of a modernity doomed to disappear. A disapperance that questions the transitional and fluctuating nature of contemporary history.
Representations of a stratification made of underlying stories become the result. That is why this hidden system became one of our programme principles, allowing a wider interpretation of our first intuition, such as a flux of imaginary underground. For instance, Yves Mettler builds a ghostly structure on La Riponne, the 1:1 reconstruction of a drilling machine’s derrick, realized in Arnex-sur-Orbe in 1929. Not far from there, at the Espace Arlaud, a kind of headquarters gathers thesis and mixed approaches about the successive stratification of historical flux. There are documents about local urbanism and objects evoking underground and parallel stories, such as a 1912 swiss oil drum borrowed from the Geology Museum. These objects mix with the artistic projects: a research about the very special Israeli Army war strategy and inspired by Deleuze and Guattari’s theory (Monya Pletsch), the theorization of a Maelström-based society (Aurélien Gamboni), the construction of a mythology about antimatter (Kara Uzelman), and also Adrien Lohmüller’s Water Portraits, liquid records obtained by washing clothes via a filtering system designed by the artist.

As our approach is inspired by Archeology, we asked the artists to capture and to reveal this idea of stratification. Our aim was not to deconstruct or to criticize Lausanne’s urbanism but to question new hypothesis and to look deeper through the visible surface. La Riponne’s secret underground gathers together various imaginations where the oil flux meets the rivers’ flux, where the various town’s stories lead to one point, a place that finally only belongs to our imagination.


Music
«If you’re gonna play the blues you have to somehow address the fact that you’re not Robert Johnson» Like Bill Orcutt, all the performing musicians of Les Urbaines Festival wonder the same question: how to create artworks in general and music in particular in a sincere way and within a world filled with globalised thinkings? To answer this question, every artist has its own strategy.

The pioneer of the Skweee movement, a Scandinavian lo-fi version of R’n’B, Maria Minerva’s synthetic pop made of various origins sometimes disreputable, Roll The Dice’s tribute to the repetitive music or Pye Corner Audio’s creation made of fake 60’s electronic music archive records; They all keep a distance from their models, as if to say: «we are inspired by various traditions but we do not try to reproduce them genuinely, which makes our approaches sincere.» Paradoxically, these artists and their new movements, who most of them mix materials from precise areas (the Mississipi River delta, the ghetto) come from the same region and sometimes the same town: Skweee comes from Sweden and Finland, the psychedelic synthetic pop of Not Not Fun label comes from Los Angeles and some electronic music styles almost only exist in the UK.

This very quest of identity cannot be explained by the artists’ points of view: for centuries, they have been mixing real or fantasized music traditions in their practices from influences to revivals or from copies to rearrangements. However, listeners have recently obtained a direct access to a great majority of the existing sound traditions recordings. As a result, it is nowadays much more difficult to cheat the audience on what it listens to.