Russian Art since 1970 - Arina Kowner Collection. Arina Kowner's collection comprises over 200 works of art by 48 artists from 1970 to 2008. The focus of the collection is the period of social and political transition in the former East Bloc from 1984 to 1996, presenting an arthistorical documentation of unique epochal change. 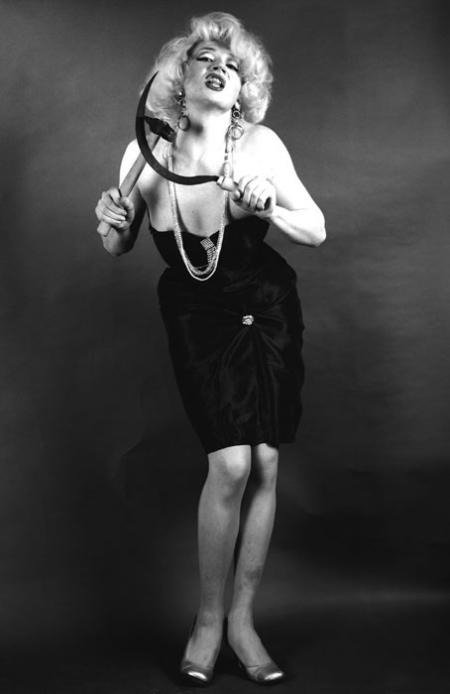 The Transition from the Soviet Union to Russia
The Kunstmuseum Bern is now showing one of the key collections of Russian contemporary art. Arina Kowner's collection comprises over 200 works of art by 48 artists from 1970 to 2008. The focus of the collection is the period of social and political transition in the former East Bloc from 1984 to 1996, presenting an arthistorical documentation of unique epochal change. The show is part of the series of exhibitions in Bern on Russian contemporary art.

Arina Kowner, a collector based in Zurich who originally came from Russia, knew or is acquainted with many of the artists whose works she now owns. As Kowner puts it herself: "Acquiring a work of art is mostly linked to a personal encounter." Correspondingly she describes her collection as a "great documentation of memories that had a vital impact on my life."

A dialogue that transgresses borders
Leningrad and Moscow were the two centers in which artists from all over the Soviet Union came together. The exhibition reflects the different art styles and approaches as well as the typical subject matter for each of the two cities.

In the show famous Russian nonconformists are being presented who worked largely underground until 1989 because they refused to adopt socialist realism as propagated by the Socialist Party. Among them we find artists such as Grisha Bruskin, Vladimir Nemukhin, Dmitri Prigov, and Edik Steinberg. Additionally, there are also works in the exhibition of Leningrad artists who are still relatively unknown in Switzerland. For example, Sergei Bugaev, called "Africa," or Timur Novikov, the leading figure in Leningrad art and the city's art scene, and not to forget the very provocative Vladislav Mamyshev, who calls himself "Monroe" and also stages himself as the famous actress and icon.

The collector's interests extend beyond Russian art. She is fascinated not only by art that addresses transformations in Russian life but likewise by art that engages with the universal problems of existence. Therefore she is, of course, also interested in Western art. The exhibition will thus additionally show works from Arina Kowner's collection by artists such as Alois Lichtsteiner, Robert Mangold, Bruce Nauman, Markus Raetz, and Andy Warhol – in dialogue with Russian art approaches.

Bern as a hub for the Russian avant-garde
Glasnost and perestroika opened up the opportunity for organizing exhibitions of unofficial art from Moscow and Leningrad in the West. They were the key art attractions during the 1980s and the early 1990s. Initiated by the Swiss diplomat Paul Jolles, Ilya Kabakov's first large exhibition in the West took place in the Kunstmuseum Bern in 1984. Bern developed into a focal point for the Russian avant-garde. In 1988", the Kunstmuseum Bern presented the now legendary exhibition "I live – I see: Moscow Artists of the 1980s. In it the works already anticipate a break with political and social traditions. The exhibition "Avant-garde Underground – The Bar-Gera Collection" followed in 2005. The current show therefore is a continuation of a whole series of exhibitions on Russian contemporary art in Bern.

The Exhibition is under the Patronage of:
His Excellency Igor B. Bratchikov, Ambassador of the Russian Federation in Switzerland