Live Action. The Space Between Words: Some Filmic Expansions on Speaking and Reading 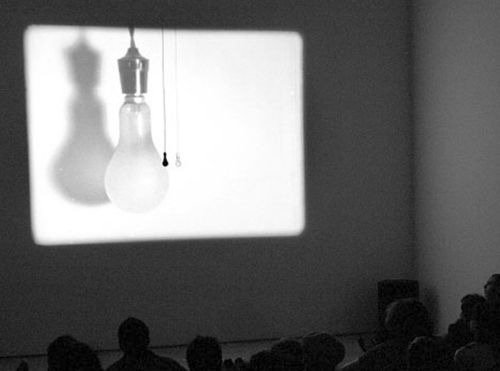 This evening presents three works that explore the power of projection - as a process of conceptual illumination as well as luminescence. All three are meditations on the act of reading the projected image, and all are mediated through the interventions of the artist - as voice, as performer, or as guiding hand. In Michael Snow's A Casing Shelved, (1970) a single slide revisits the experience of reading an image, as a space of memory for the artist and as a space of discovery for the viewer. In Annabel Nicolson's film performance Precarious Vision, the passage of travelling light - and its powers of enlightenment - form the basis for a playful game between projectionist and the audience. Whilst in PRESSURIZATION, Heather Phillipson invites us to enter her 'talking picture' as she narrates sound and image to navigate a flight of imagination for the audience (image: Malcolm Le Grice, Castle 1, 1966).