The fifth edition of an international exhibition of contemporary art organised in Szczecin since 1995. An exhibition initiating this program, The Horizon Line (1995), was the first attempt to overcome former regional isolation and find a common denominator, which would be a starting point for further exploration. 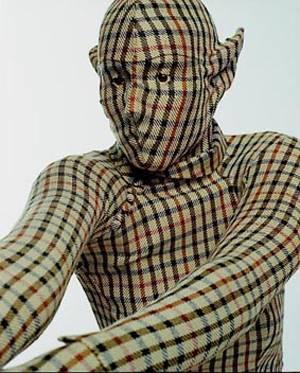 EXTRA STRONG SUPER LIGHT is the fifth edition of an international exhibition of contemporary art organised in Szczecin since 1995. An exhibition initiating this program, The Horizon Line (1995), was the first attempt to overcome former regional isolation and find a common denominator, which would be a starting point for further exploration. Looking at the horizon - the most primary optical experience, and at the same time the horizon as a blanket term with metaphorical and epistemological connotations placed the artists and organisers of the project on the same platform of experience. Two years later, a need to cross the already familiar horizon and leave the previous position of motionless observer turned into a dominant idea "to draw a map" of the explored area and the exhibition The Baltic Iconopress - Map (1997. This "subjectively drawn" map charged with emotion and intense relationships with people who were co-creating "the artistic landscape" of the region led to put on an exhibition NEWS Szczecin-Riga-Visby (1999-2000). In this case the previous metaphorical wandering turned into overseas migration, during which artists participating in the exhibition created contextually sensitive works in several co-operating centres. Nomadic NEWS relieved artistic objects from constant identity, locating them within postconceptual tradition, where the visual quality of the artistic messages remained quite far in hierarchy of values. This sceptical moderation in relation to an oeuvre or its aesthetical powers, dominating in NEWS, was in strong opposition to prevailing artistic trends in the 90s based on quite different tradition, deriving its inspiration not from sophisticated meta-artistic considerations but from popular iconosphere, mass culture and advertisements. Cynically affirmative, critically biting or alarmingly ambivalent works of art formed the character of SYBARIS (2001).
Particular parts of the project had had so far a common one-side perspective with various focal lengths, placing the observer in a privileged position in relation to the observed subject.
EXTRA STRONG SUPER LIGHT reverses this situation by placing the observer in the role of a subject of observation, focusing on artistic messages that come from direct personal experience, meditation recorded as a result of a dialogue with reality, and with the meaning of the most primary existential questions which have become relativised and got terribly complicated through the erosion of universal values.The exhibition's name reflects the span of emotions expressed through raised issues, the amplitude of which ranges from corporal practices with intensified emotions to poetic, intimate and sublime gestures distilling the surrounding area from superficiality.

The organisers request your company at the accompanying events openings

A dynamic development of moving pictures, film and television, has radically eliminated former monopolists of the visual culture market from the common conscience, being those forms of artistic expression which had functioned under the common name of visual arts. This process was reinforced by the isolationist formula of art that could be traced back to romanticism and to visions of the museum as a secular place of worship, the formula that has survived deep into the 20th century finding its paradoxical continuation in the modernistic concept of the contemporary art institution. The model of a museum as a place where traditional exhibitions with their importunate didacticism are displayed to the passive viewer has been gradually becoming void, that theme dominated the debate taking place in the second part of the last century. Marginalizing contemporary art from the everyday life and isolating it in the ghetto of the gallery's 'white box' has naturally lead to counter reactions and attempts to include art back into the domain of social activity.
What form do these attempts get at the beginning of the 21st century? How do galleries, museums and artists themselves in the Baltic region cope with the challenge of common indifference towards contemporary art? How do they define their mission and change their methods and activities in order to keep in touch with the social realm and to take part in public life?
Curators, artists and art animators have been invited to participate in this seminar. People who in their daily work break through the traditional limits of art, carrying out unconventional artistic projects in public institutions, private galleries, independent places run by artists; within the framework of individual projects and free market commercial enterprises.

group exhibition of the participants of the international net project "Passport"

group exhibition of the participants of the German-Polish art symposium in Vierraden, Germany

Secretariat of the UBC Commission on Culture