Mobile Homestead / Released! A solo show - compilation from the performer and artist and the annual commemoration of the Universal Declaration of Human Rights. Subterranean spaces and selected guests for art-making and other ritual uses, along with repressed memories and subconscious energy. New Concert Film premiere featuring 22 performances from concerts presented around the word. 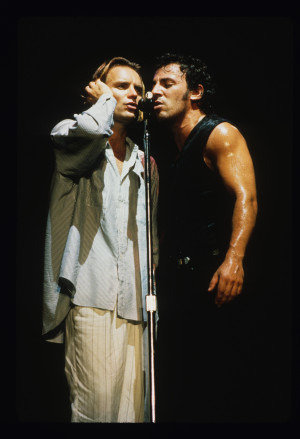 In 2005, Mike Kelley (1954-2012) developed a site-specific public art project with the London-based organization Artangel: a replica of Kelley’s childhood home on Palmer Road in the Detroit suburb of Westland. Kelley envisioned the space as a community gallery that would live on the grounds of the Museum of Contemporary Art, Detroit (MOCAD), along with a removable white clapboard front that could be dispatched and provide a host of services to the area. In 2010, the mobile section traveled from downtown Detroit to Westland and back as Kelley documented the neighborhoods dotting the main thoroughfare, Michigan Avenue.

In conjunction with the retrospective Mike Kelley at MoMA PS1, this week-long presentation is a compilation of Going East on Michigan Avenue from Downtown Detroit to Westland and Going West on Michigan Avenue from Westland to Downtown Detroit (2010-2011). Kelley’s interviews illustrate the socio-economic and cultural diversity in the Detroit area as residents, business owners, church officials, strip-club dancers, motel-dwellers and many others speak about their daily lives and how they’ve seen the city change in successive economic crises since the vibrant age of Motor City. Some vignettes address unemployment, drugs and homelessness but others reveal resilience, hard work, tradition and a sense of community. As one bartender concluded, after describing hardship in her midst: “I won’t walk away. I love it here.”

The stationary portion of the Homestead initially included a level of subterranean spaces, accessible only to Kelley and selected guests for art-making and other ritual uses; in the public project, a personal and inaccessible domain remained, akin to the repressed memories and subconscious energy that animate many of Kelley’s installations, performance, and works on paper. Similarly, these two films – along with a third, which recorded a 2010 launch event at MOCAD – only show the homestead from the exterior. Ultimately, the films double as social examination and portraiture, rendering the artist through the city Kelley called home.

Organized by Rajendra Roy, The Celeste Bartos Chief Curator of Film, The Museum of Modern Art.

MoMA celebrates Human Rights Day-the annual commemoration of the Universal Declaration of Human Rights-with the New York premiere of a new concert film featuring 22 performances from the historic Human Rights Concerts, which were presented around the world between 1986 and 1998 to raise awareness and funds for Amnesty International. Performers include Bruce Springsteen, Sting, U2, Peter Gabriel, The Police, Lou Reed, Joni Mitchell, Jimmy Page and Robert Plant, Youssou N'Dour, Tracy Chapman, Radiohead, and many more. The film is preceded by Light A Candle!, a comprehensive documentary history of the concert series -including contemporary interviews and never-before-seen historic footage-and followed by Witness to a Conspiracy, a short diary of the 1986 tour created from recently rediscovered home-movie footage shot by Peter Gabriel.