New practices across disciplines. This third edition investigates the inherent tensions and paradoxes involved in the production of narratives. Exhibitions, screenings, performances, readings, and discussions that have been developed and realized by a group of international artists, filmmakers, historians, and theoreticians. 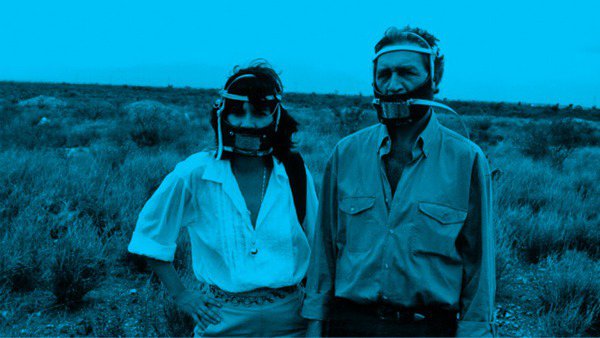 The Berlin Documentary Forum will launch its third edition on May 29. A four-day program of unique live presentations, discussions, screenings, and exhibitions will take place across various media and formats throughout the HKW. Alongside entirely new commissions by internationally renowned participants, selections of rarely seen archival works, and discussions with artists and scholars, this year’s edition features events for kids and a program of nightly live music.

Since its inception in 2010 by artistic director Hila Peleg, the Berlin Documentary Forum has been responding to the growing importance of documentary art practices across disciplines. The first edition of the biennial event investigated the foundational concepts in documentary cinema and other disciplines, with an emphasis on the political contexts that underlie the genres and functions of committed documentary traditions. The second edition was devoted to the limits of documentary representation, to montage, continuity, mimicry, and rhetoric as well as the "blind spots" in visual regimes.

Berlin Documentary Forum 3 brings together past collaborators such as curator Catherine David, cultural critic Sylvère Lotringer, artist Rabih Mroué, and film programmer Eduardo Thomas among a host of invited participants whose insight into new practices across disciplines demonstrates the breadth of the documentary platform.

This edition of Berlin Documentary Forum investigates tensions and paradoxes in the production of narratives, and the role they play in shaping social reality and lived experience. It proposes that storytelling does not simply reflect reality, but is one way in which reality itself is constructed. Narrative fulfills manifold functions: it can preserve tradition, create national identity, cement social hierarchy, establish truth and authenticity, and both curb and enrich collective and individual imagination. Narrative may reconfirm hegemonic formations, but so too can it imagine alternate constructions of memory and history.

The projects in Berlin Documentary Forum 3 employ heterogeneous approaches—essayistic, biographical, cinematic, dialogic, and journalistic—to explore these concerns, with montage emerging as a strategy for the creation of narratives that preserve, rather than sublate, the difference and specificity of their worldly subjects. If, as Jacques Rancière argues, the real must be fictionalized in order to be thought, the contributions to Berlin Documentary Forum 3 reveal this process as a rich site of creation and critical inquiry.

With a fragmentary structure mixing media formats and discursive registers, director Rabih Mroué’s new play, “Riding on a Cloud,” tackles the vicissitudes of constructing truth, particularly in the aftermath of conflict and trauma. “Doppelgänger” is a screening and talk by filmmaker Basma Alsharif, exploring the phenomenon of bilocation—the state of being in multiple places at the same time—through film history, artistic practice, the Palestinian perspective, and autohypnosis. Michael Baers retells the story of Khaled Hourani’s two-year-long effort to bring a Picasso painting to Palestine in the summer of 2011 against the backdrop of Israel’s occupation of the West Bank in the graphic novel “An Oral History of Picasso in Palestine.” Baers’ graphic novel will be available on HKW’s website permanently.

For the first time, Andrea Tonacci’s film archive is open to the public in “Indigenous Activism in the Americas,” a program showcasing video interviews by the Italian filmmaker with different indigenous leaders in North, Central, and South America in the 1970s, including artists Maria Thereza Alves and Jimmie Durham, art historian Richard Hill, and Shuar leader Ampam Karakras. “Narco-Capitalism. Mexico on the Brink” is a series of presentations by cultural theorist Sylvère Lotringer, with documentarist Jesse Lerner and journalist Sergio González Rodríguez, that unpack the intersections of extreme violence, the atrophy of the state, and narco-culture in contemporary Mexico.

The “Tōhoku Trilogy” by filmmakers Sakai Ko and Hamaguchi Ryusuke positions storytelling as a transformative and empowering process that bears social and political implications in a context such as the recently ravaged region of northern Japan. Here, the films are presented by the filmmakers themselves alongside curators Koyo Yamashita and Eduardo Thomas and theoretician Ayako Saito. “Al Jazeera Replay (Feb 1–4, 2011),” conceived by writer Sohrab Mohebbi, is a continuous screening of a four-day period in Al Jazeera English’s comprehensive coverage of the Egyptian revolution of 2011, examining how the network became a medium for the revolution, and perhaps the medium of the revolution.

Artist Roee Rosen’s “Buried Alive” is an elaborate multimedia production featuring a cast of fictive, diasporic, ex-Soviet artists living as much at odds with their adopted Israeli culture as with the one they left behind. A screening and live concert are followed by a talk with curator and writer David Riff. Produced on location at the Haus der Kulturen der Welt, “1001 Reality. Sequels for an unfinished novel” by artist Eran Schaerf uses the format of the radio play to continue the narrative of “Tamra,” philosopher Jacqueline Kahanoff’s unfinished novel. The presentation “Unreliable Narrators: Stings to Leaks to Citizen Vigilantes” by CAMP (Shaina Anand and Ashok Sukumaran) examines India as a control society over the past five years, including forms of surveillance and circulation deployed both by and against hegemonic power structures.

Providing a glimpse into the history of documentary cinema in Germany during the division of the country into East and West, the film program “Deutsche Bilder” explores the relationship between industrial production and social organization in the two Germanys. Screenings will be accompanied by talks with Werner Ružička and members of the DFG (German Research Foundation) project “The History of Documentary Cinema in Germany 1945–2005.”
Three 1970s films, one documentary and two fiction, from Parviz Kimiavi are presented in the presence of the filmmaker, followed by a discussion with curators Catherine David and Sohrab Mohebbi exploring the films' reflections on cultural tradition, modernity, and national identity that arguably produced an allegorical portrait of Iran during a period of tremendous transformation. Two television documentary series by filmmaker Morteza Avini, pioneer of the little-known Iranian genre “Sacred Defense Cinema” that emerged during the Iran-Iraq War of the 1980s, are additionally screened here and accompanied by a discussion with anthropologist Pedram Khosronejad.

In a speculative response to cinema’s historical fascination, a four-part film installation by Harun Farocki, “Parallel I–IV” (2012–14), positions video games within a long-term history of visuality. “School” (2009–11) by artist Smadar Dreyfus is an audiovisual installation immersing the visitor in the life of Tel Aviv secondary schools, offering small, quotidian moments that broach broader questions of nationhood and belonging. The exhibition will be on view until July 14, 2014.

A seminar exploring issues of preservation, authenticity, and the document in the built environment, “Preservation Design” looks at preservation as a process concerned with the past as much as with the construction of contemporary politics and identities with architect Nikolaus Hirsch and architecture historians Thordis Arrhenius, Beatriz Colomina, and Jorge Otero-Pailos.

Films and talks for children use a playful approach to tackle philosophical questions: the two-part program “The Way Things Go” features documentaries, artists’ films, and discussions on the origins, condition, and transience of what exists in the world. The program is organized by film educator Stefanie Schlüter.

“School” (2009–2011) was commissioned by the Creative Foundation of Folkestone Triennial 2011 and with generous support of the Outset Contemporary Art Fund and the Arts Council England. The Berlin edition is funded by the Hauptstadtkulturfonds Berlin (Capital Cultural Fund).
“1001 Reality. Sequels for an unfinished novel” is produced with generous support of BR Hörspiel und Medienkunst/Berlin Documentary Forum 3.