The Museum of Modern Art - MoMA

Lee's I Am Suzanne! 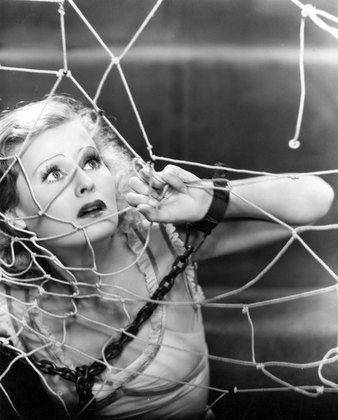 A truly unique, pre-Code musical romance set in Paris, I Am Suzanne! tells the tale of the titular dancer, star of a popular revue. Suzanne is managed by the controlling Baron-who views the girl as his cash cow-and adored by Tony, who works in a marionette theater near the music hall. When an injury sidelines the ingenue, the Baron casts her out and Tony steps in, nursing her back to health and teaching her how to be a puppeteer. The Surrealists would have had a field day with this film, from the uncanny similitude of humans and their puppet doppelgangers-veteran cinematographer Lee Garmes lights Lillian Harvey so that her face has the same bisque-like, smooth contours as her puppet twin-to scenes of puppet murder and a subsequent trial by marionettes, to an eccentric musical number in which Suzanne strips down to a risquE costume and sings about falling in love with a snowman-who later comes to life. Monday, January 26, 2015, 7:00 p.m., Theater 2, T2