A plunge in the Third Landscape

The transitory nature of civilization 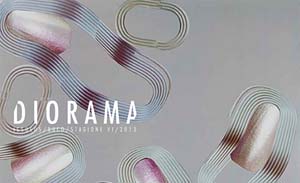 50 ARTE
A plunge in the Third Landscape
/ Eleonora Salvi 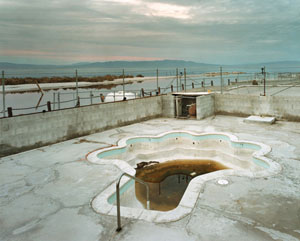 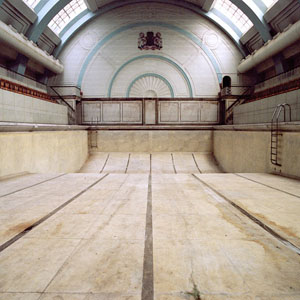 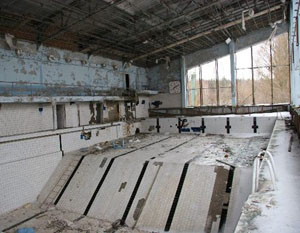 There are places that are exempt from the unconditional domination of nature and the more utilitarian domination by the man. Forgotten spaces the status of which is a remnant of a consumerist contemporaneity.
Places that permeate the urban landscape, forgotten by human activity by now vague recollection of the man-made construct, which recur in the abandonment of memory, disguised as unspoiled nature. Gilles Clément considers these places as the third landscape.
“.. the set of all territories deducted from human action. A shelter for diversity, otherwise expelled from the spaces dominated by man. The third landscape is therefore the sum of the remnants – both rural and urban – and of the wild”.

Artistically, the attention for the consumerist abandonment of industrial spaces and residential buildings was confirmed by the exhibition “New Topographics: Photographs of a Man-altered Landscape” in 1975 at the George Eastman House International Museum of Photography and Film in Rochester. New Topographics marks the emergence of a new approach to landscape photography.
The exhibition featured a wide selection of over one hundred photos by Robert Adams, Lewis Baltz, Bernd and Hilla Becher, Joe Deal, Frank Gohlke, Nicholas Nixon, John Schott, Stephen Shore, and Henry Wessel Jr.. These artists, in the wake of a new completely American-style realism, repropose the desolation of the landscape of the Great Depression, the escape of the Joad familyfrom Oklahoma to the promised dream of California... for over a century, along an entire continent, whole populations abandoned, conquered and reconstructed their nation, moving from a coast to coast like a regenerative stream, one leaving behind the desolation of the remnants of their passing. However, New Topographics had nothing to do with the social and the documentary aspect of that period; instead, this movement unearthed the remains and wastes of the latter, attracted by the mere formal value, in order to raise it from an aesthetical point of view.
The pool is a good space to identify the economic hedonism of this last century. The devotion to prosperity, the attachment to luxury goods.

Between the 50’s and the 60’s, the Californian surfers, bored by the long days of "at sea, applied steel wheels to their boards, thus taking the offshore developments onto the mainland. The materials of the first skates were not suitable for the more sophisticated land acrobatics, reducing this sport to mere choreography; it is only since 1975, thanks to the use of the first wheels in urethane, and subsequently with the implementation of those in clay, that skating became a sport to all effects. As the American pools differ from the European ones due to their ‘bean’ shape, which lends itself well to the riskier evolutions – the empty pools, symbols of the achieved American dream, became soon the battlefield of one of the most dangerous street sports.

Wellness and body culture represent the status of man; the spas, the spaces dedicated to baths and the long Olympic pools are, together with royal palaces and theatres, from the beginning of times, the emblems of the level of civilization of the big cities. Once they have been abandoned, the stages of degradation of these areas show the transitory nature of civilization. Various contemporary photographers have worked on this subject. In 2001, Robert Polidori went to Chernobyl, where he photographed the environments corroded by the explosion of the nuclear power plant in only three days; the series “Zones of exclusion” is a raw evidence of the disasters with which man has destroyed his own creations. The result is an ample selection of photos in which the saturated colours design the ruin and the collective memory,the acid and rarefied atmosphere of a ghost town. The contemplated subjects are apparently still intact and furnished apartments, huge inactive factories and large public spaces such as gyms and swimming pools. In his series “Absence of Water”, Gigi Cifali immortalized monumental English pools, that were abandoned in the last ten years. Pools which in their impressiveness express the memory of the golden years, in which the grandeur of an era could be found in the big public commissions. The cold colours, the cut and the angle of the respective photographs evoke the splendour of these places, the identity of which is only tied to memory. Eric Hulubow has focused his entire research on abandoned spaces: theatres, cinemas, cathedrals, hotels... effigies of a present that does not have the time to deal with all those spaces in which the past has been the architect. Instead, J. Bennett Fitts presents what, according to the Neo-Topography, was the sophisticated formal attention to the human environments; in particular in his series “Industrial landscape[ing]”, “Images from the centre of the contiguous United States” and, in the latter, “No lifeguard on duty”, which is totally focused on the subject of the abandoned pool. His approach is not report-like: the spaces are captured in their desolation, as their state of abandonment can bestow an aesthetic quality to the image, which the photographer hopes to transmit, once the compositional and the colour balance have been captured.