Goya, Vogue, and the Politics of Abstraction 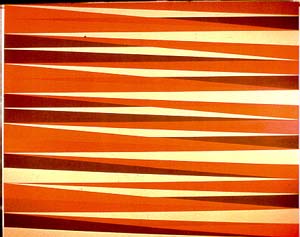 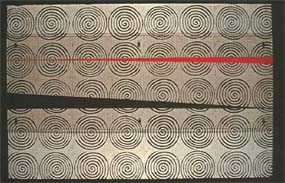 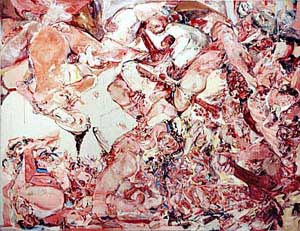 Odili Donald Odita: Are you trying to do something with the figure that goes beyond what other people have done before?

Cecily Brown: I'm trying to push it and take it forward for myself. In a way using the figure is the most arrogant thing, to take this historical thing and think you can do something new. I don't want to illustrate a sexual act. I want you to get the feeling of the tension of skin being pulled apart, a mouth being forced open.

ODO: What I was thinking before is that your work is about "becoming." A Francis Bacon, for example, contains a certain kind of exactness that is interesting. In your work there's a form that is becoming.

CB: You're describing what Bacon does, the trapping of a fleeting moment, the essence. The thing about the painting being in a moment of change is exactly what I'm talking about. Like
when figuration was becoming abstraction, that's the most interesting thing to me about people like Newman and Rothko. Their early watercolors and drawings are so rooted in the
body, but it's totally about metamorphosis and they're just trying to figure out this in between space.

ODO: Do you feel that American artists today suffer, not from any lack of being technically proficient, but from a lack of significant content as compared to let's say, Germany?

Odili Donald Odita is an artist, writer, curator, and an Associate Professor of Painting at the Florida State University, Tallahassee.