Strange Comfort (Afforded by the Profession)

The exhibition is a project that draws inspiration from Malcom Lowry's short story of the same name. The story provides a model of a writer's intimate encounter with texts and stories of other writers and describes a method of private study. The artists in the show share a preference for idiosyncratic research that counters received readings of cultural history and opens ways to new interpretations, enabling production of critical narratives. Curated by Adam Szymczyk and Salvatore Lacagnina. 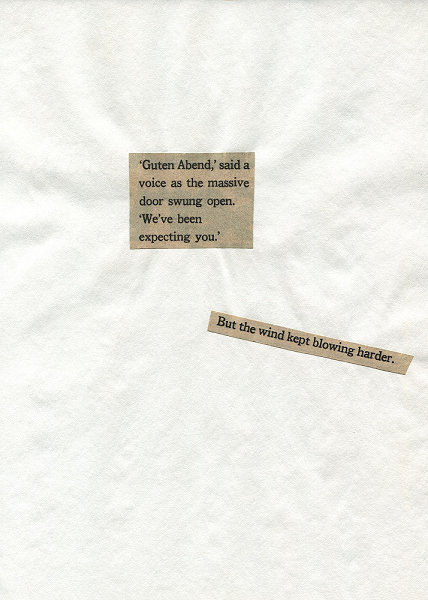 The exhibition is curated by Adam Szymczyk, in collaboration with Annette Amberg and Roos Gortzak, and co-curated by Salvatore Lacagnina, Head of the Artistic Program at the Istituto Svizzero in Rome.

The exhibition was inspired by a short story titled "Strange Comfort Afforded by the Profession", by British writer Malcolm Lowry (1909–1957). The story, first published in the magazine New World Writing in 1953, was translated and published in Italian in 1954 and then included in 1961 in the posthumous collection Hear Us O Lord from Heaven Thy Dwelling Place. This volume of Lowry’s late, loosely connected travelogue-style prose pieces features a number of the "Italian" stories that he wrote following his journey to the country in 1948, including "Elephant and Colosseum" and "Present Estate of Pompeii" (the latter contains a description of a guided tour that a Canadian couple takes in the ruins of Pompeii); the collection’s title itself comes from an Isle of Man fisherman’s hymn.

In "Strange Comfort Afforded by the Profession", Lowry portrays a writer visiting the house at Piazza di Spagna, in Rome, in which the English poet John Keats died of tuberculosis in 1821, and which was, in 1909, turned into a memorial that houses an outstanding collection of books and documents on English Romanticism, as well as related curia and memorabilia—the death mask of Keats included. The story’s protagonist, Sigbjørn Wilderness—"an American writer in Rome on a Guggenheim Fellowship"—is clearly Lowry’s alter ego, as he explores the comforting darkness of the Keats-Shelley House, taking notes and pondering the manuscripts, relics and artifacts on view there.

In Lowry’s story, the "Strange Comfort" of his title is provided by the contemplation of inanimate objects and the reading of letters, notes and documents—both activities constituting the fundamentals of the writer’s technique and the essence of his or her métier. Indeed, this ongoing private study, involving permanent collecting and the questioning of existing cultural material, itself a parallel of devouring and producing, seems to reverberate in the practice of many contemporary artists. The exhibition at Kunsthalle Basel makes use of the "Strange Comfort" afforded equally by the professions of artist, curator and writer—each being clearly autonomous—and not merely as a means to making an exhibition but as a comprehensive praxis of integrating, commenting and transforming the knowledge from several different fields, among them history, literature and art. Accordingly, the artists featured in the show share an idiosyncratic approach to received notions of cultural history that opens avenues to new interpretations, and enables critical retellings of conventional and scholarly narratives.

An exhibition with the same title was first conceived in Rome, where it opened on May 8, 2010, at several venues within walking distance from the Istituto Svizzero at Via Ludovisi and the Keats-Shelley House in Piazza di Spagna. In addition to these two sites, the venues also include the antiquary bookshop C.E. Rappaport, at Via Sistina, and the garden in front of Saint Isidore church, at Via degli Artisti, as well as one more remotely located place of historical interest: the Non-Catholic Cemetery at Via Caio Cestio, where Keats is buried and where the performance of the composition for viola, "Lift Me Up For I Am Dying", by Ross Birrell, took place the day following the opening of the show. The exhibition in Rome, which continues until September 25 and was likewise curated by Adam Szymczyk and Salvatore Lacagnina, includes works by Maria Thereza Alves, Ross Birrell and David Harding, Nancy Davenport, Moyra Davey, Jimmie Durham, Dunja Herzog, Cécile Hummel, Goshka Macuga, Franco Vaccari and Danh Vo.

Although the exhibitions in Basel and Rome coincide in time and share several artists, and despite the fact that some of the works in Basel are variations of those featured in Rome (and, in one case, the same two films by Maria Thereza Alves are shown in both cities), the Kunsthalle exhibition is not the second station of the show in Rome, nor is it a sequel to it. Rather, both projects complement each other while also displaying important differences. In Rome, the historic specificity of venues overdetermined the reading of exhibited works in terms of existing narratives linked to the cultural histories of the individual locations, and was further conditioned by the general constitution of Rome, both historically and currently, as a totality of tourist sites. In Basel, by contrast, the show expands over a suite of white-walled galleries located on the ground floor of the Kunsthalle, and the historic and narrative dimension that is present in many of the featured works is countered by the uniform appearance of the gallery space. The show is detached from the context it had in Rome and the short story from which it takes its cues is no longer its defining reference.

This temporal and geographical shift results in new aspects that are explored in the Basel exhibition: the vague déjà vu that might arise from the fact that some of the artists have just shown their work in the Rome show is likely to be intensified by the detail that the show at the Kunsthalle also incorporates two works (by Charlotte Moth and Latifa Echakhch) that were originally realized as part of the previous group exhibition in Basel—"After Architects"—which took place in the very same Kunsthalle galleries. Furthermore, "Strange Comfort (Afforded by the Profession)" attempts to question the fixed parameters of the group exhibition, and the rules that regulate its staging. While allowing the artists to show works without forcing them into a preconceived theme, the exhibition can be seen as a set of guidelines: an institutional, organizational, structural and visual regime that offers the participants—makers and viewers alike—the strange comfort of a guided walk with many forking paths and sudden junctions, a fragment of the "voyage that never ends" (Lowry) and knows no resolution.

The exhibition was organized in collaboration with:
Istituto Svizzero di Roma


Contemporary:
Fabio Marco Pirovino
Razzle Dazzle (PPG)
A project for the back wall of Kunsthalle Basel (next to the Elisabethenkirche)
until 28th November 2010

29.06 8pm Film screening in conjunction with the exhibition "Strange Comfort (Afforded by the Profession)"