From Basquiat to Seripop. The exhibition centers on the - both literal and metaphorical - artistic gesture of a vitality and drive inspired by the street and urbanity that has found its expression not only in Basquiat's oeuvre and his projects realized together with Andy Warhol, Francesco Clemente, or Keith Haring, but also shows in the works of his contemporaries such as Futura, Ramm:ell:zee, Sol LeWitt, Sophie Calle, Jenny Holzer, and Blek le Rat. 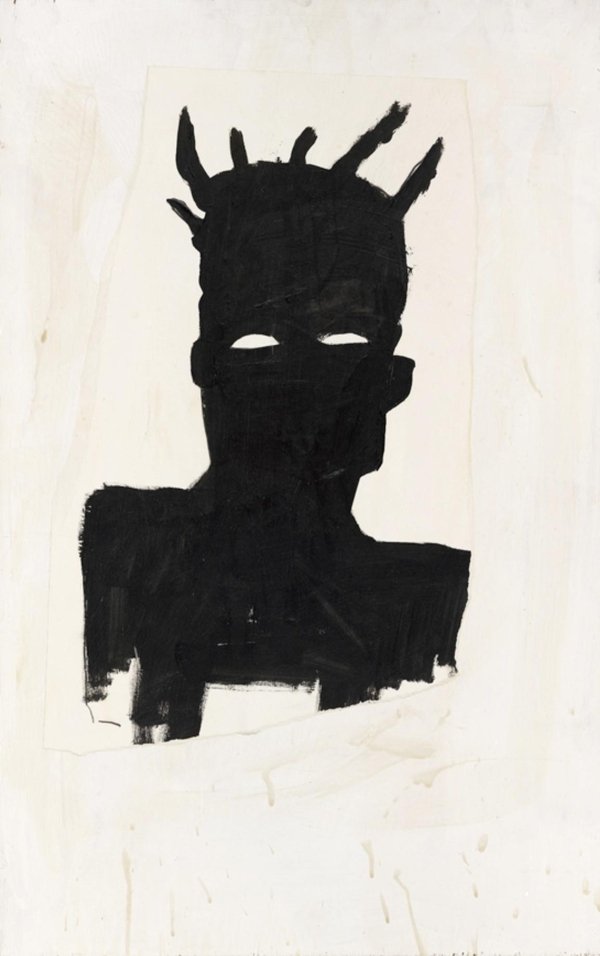 " The idea of this walk or stroll through the city, seemed just like a natural thing and it seemed like a very easy way to plug in the people such as Basquiat that you wanted to be in the film almost randomly."
Glenn O’Brien on Downtown 81 (1981/2000), NYC 2010

"Where only a highway view is the outside and its monotone mobility relaxes me glancing at it, while inside I am in motion to clean up the biggest mess of multidimensional accidents on my paintings – and this is this Brooklyn studio."
Rita Ackermann, Brooklyn 2010

With its major summer exhibition Street and Studio. From Basquiat to Séripop, the Kunsthalle Wien brings the rough style of the street into the exhibition hall and focuses on the dynamic sphere of production of a both urban and mobile generation of contemporary artists for whom the metropolis is both source of inspiration and means of expression. The US painter Jean Michel Basquiat (1960–1988), who would have turned fifty this year and whose works are implicitly or explicitly reinterpreted as landmark references for the changing forms of painting, drawing, and video art relating to urban and suburban cultures, provides the historical center of gravity and starting point for the show.

The exhibition centers on the – both literal and metaphorical – artistic gesture of a vitality and drive inspired by the street and urbanity that has found its expression not only in Basquiat’s oeuvre and his projects realized together with Andy Warhol, Francesco Clemente, or Keith Haring, but also shows in the works of his contemporaries such as Futura, Ramm:ell:zee, Sol LeWitt, Sophie Calle, Jenny Holzer, and Blek le Rat. In New York’s sprayer scene Basquiat aka SAMO (SAMe Old shit), who decorated his tags with crowns and was also at home in the sub cultural music scene with his band Gray, was already considered “King of the City” in the late 1970s. Having never ceased to pervade pop culture since its emergence, this subversive visual language unfolds a political dimension which is pivoted on the quest for identity and attention as well as on fights for survival and class struggles fuelled by social injustice.

The artistic reflection on how the exploration of public space is transferred into the closed and protected spheres of the studio and the white cube of the exhibition hall forms an essential and critically examined subject of the exhibition. Rita Ackermann’s most recent series Marfa/Crash (2009) constitutes a perfect example of this concern. Clearly springing from the body and the hand’s movement, the flow of energy was a response to her surroundings at first. Usually living in New York, the artist had spent several months in Donald Judd’s (1928–1994) impressive studio in the Texan desert, letting herself be provoked and inspired by the new environment. The pictures created there are very much the manifestation of an urbanite’s experience of great vastness and the blurring of the boundaries between the interior of the studio and the exterior of the suburban scenery.

The experience and exploration of urban space had already manifested itself in nineteenth century literature and fine art. After having become aware of the beauty of the marginal art form of scraped, scratched, or painted graffiti in the lanes of Paris in the 1930s, the photographer Brassaï published an astounding volume of photographs on the subject in 1960. The Situationalists finally came up with concepts like psychogeography, dérive (roaming), and communication guerilla for purposes of cultural production in the sixties.

Apart from the US author Norman Mailer (1923–2007), the French philosopher Jean Baudrillard (1929–2007) was one of the first who made an analytical statement on “American” sprayed graffiti and their abandonment of meaning in favor of identity formation. Regarding the city as a “canvas” he said, “Its truth, enclosure in the sign form, lies all around us. It is the ghetto of television and advertising, the ghetto of consumers and the consumed, of readers read in advance, encoded decoders of every message, those circulating in, and circulated by, the subway, leisure time entertainers and the entertained, etc. Every space time of urban life is a ghetto, each of which is connected to every other.”

In the exhibition, the slogan “Reclaim the Street!” relates to the numerous strategies of urban “resistance movements” and may also be found as a programmatic approach characteristic of more recent positions such as those of Dani Gal, Shaun Gladwell, Leopold Kessler, and Robin Rhode, as well as declared street art figures like Banksy and Mark Jenkins, who thematize the visual appearance of their urban environs and have repeatedly criticized the globally cohesive invasion of the commercial and the surveillance of the public space in their works. Sol LeWitt for his part regarded the walls in his studio’s vicinity as an “encyclopedia of the art of our day and environs,” an attitude reflected in his photographic work On the Walls of the Lower East Side (1976). In the meantime, expressions like street credibility and urban style are used inflationarily in the most diverse spheres of life, though their genealogy is anything but unequivocal and they rather exhibit a complexity of their own.