''Museum Service'' presents around 10 installations and objects by Mladen Miljanovic, the winner of the Henkel Art.Award 2009. Brigitte Kowanz in ''Now I See'' signalized a relationship to technology and the present that was missing in contemporary painting. The main exhibitions, ''The moderns'', confronts aesthetic innovation with scientific knowledge. With works by: Le Corbusier, Bruno Munari, Hans Arp, Paul Klee, Johannes Itten... 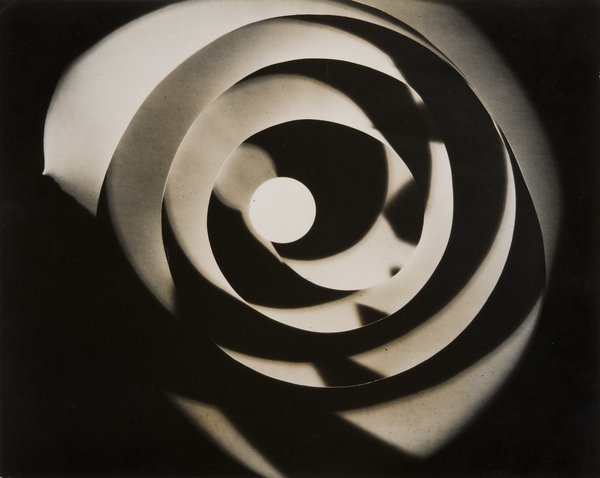 The Brigitte Kowanz retrospective is a part of a series of exhibitions that the MUMOK is putting on dealing with internationally successful Austrian artists. With the consistent depiction of light and language Kowanz’s work is an exception, in both a local and international context. This is the first time that her varied and complex oeuvre from 1984 up to the present has been honoured to this extent with a presentation of representative wall pieces, installations, and interventions in architectonic space. The essential elements of her current creative work are compressed into an intensive light-space experience in a 450 m2 ‘mirrored hall’. During the exhibition encounters with Kowanz’s work in public space have been made possible by two light projects - one on the façade of the MUMOK and one on the Uniqa Tower.

Light colours and Light Projections
The starting point of her work in the early 80s was the rejection of the conventional definitions of picture and work achieved by the use of phosphorescent colours and coloured lights. After she–together with Franz Graf–thematized the virtual and flickering images of the world of a media society, light as a medium of time and space gained a place of central importance in her œuvre. For this volatility and boundlessness of light Kowanz creates, in her objects and installations, projection surfaces and architectural spaces that are precisely structured and at the same time poetically charged. At the beginning, fluorescent tubes and glass bottles served as transparent containers for the light both as depictions in their own right qua objects and in imaginary light and shadow rooms.

Light — Language — Mirror
One result was that light was then combined with signs and language in order to accentuate the scale for perception and visibility. Thus, in an allusion to the tradition of visual and concrete poetry, Kowanz created luminous poetic installations and wall works which possess analytical clarity, talk of light, and illuminate the mechanisms of language at the same time. The mutual reflection of light and language is finally joined by a (literal) mirror–in many different forms–a further medium of the reflection of visibility and perception. The interplay of light, language, and mirrors finally leads to objects and spatial scenarios in which reality and its virtual mirror image manifoldly interpenetrate. As a result, the depiction and visual description of the limitlessly flowing light also leads to the dissolution of borders between the work and its viewer(s).

Virtual Boundlessness
Using selected works the exhibition makes this development clear and also shows a current perspective on the oeuvre in new, room-filling mirror installations: a synthesis and potentiation of the dissolving boundaries that has been achieved up till now takes place in a space that appears infinite but is broken up by real and virtual props. Viewers are not only atmospherically clothed in light, but, mirrored to infinity, also see themselves as a part of this scenario and its motive too.

Now I See Outside
Brigitte Kowanz, who is also known internationally for her numerous projects in public space, realized two exterior installations for the exhibition — one for the MUMOK façade and one for the Uniqa Tower in the city centre. Thus the architecture of the MUMOK will become the sculptural vehicle for a dynamic, metric depiction of light affixed to its façade in progressively increasing intervals. In the process the architecture itself is being measured and its proportions thematized. In order to insert (literally) the volatility of language into the urban surroundings, the artist makes use of the dynamic light technology of the Uniqa Tower to implement a light-related text. A richly illustrated catalogue in German and English with articles by Riccardo Caldura, Rainer Fuchs, Edelbert Köb, Peter Weibel and Anton Zeilinger will be published for the exhibition by the Walther König Vienna publishing house.

“The Moderns” traces the outbreak of modernity, bringing many of the groundbreaking accomplishments in the natural sciences together with important works of art for the first time in a museum exhibition. Revolutionary new scientific discoveries during the early 20th century such as Albert Einstein’s Theory of Relativity (1905) or Max Planck’s identification of the “quantum” (1900) formed part of a radically different understanding of the world and at the same time had a profound influence on visual art. New advances in mathematics and physics, new ideas about space and time were the object of fascination and an inspiration for numerous artists, finding their way into the various avant- gardes including especially Futurism and Cubism. And in part following this initial intuition, a non-objective, abstract approach to painting remained important throughout the entire 20th century.

The exhibition covers the period between 1890 and 1935 showing roughly 250 different positions, including over 80 paintings, drawings and sculptures from the MUMOK collection by Giacomo Balla, Marcel Duchamp, František Kupka, László Moholy-Nagy, Amédée Ozenfant, Francis Picabia, Man Ray, Jacques Villon and many others. Simultaneously, scientific innovations and technologies, mostly in physics, will be shown from the same time period. Ludwig Boltzmann, Bernhard Riemann, Hermann von Helmholtz, Albert Einstein, Wilhelm Röntgen and Nikola Tesla all developed important theories that produced practical results. Heinrich Hertz was able to prove the existence of “invisible” electro-magnetic waves and based on his work, Nikola Tesla developed the radio. At the same time Röntgen showed the reality of the invisible with his x-rays. Tesla developed the idea of alternating current that revolutionized the way we use electricity. And Ludwig Boltzmann laid the foundations for Einstein’s theories. The exhibition presents artifacts and documents that dramatically illustrate these sensational scientific advances. X-ray photography, gas discharge tubes, high frequency equipment and the traces of electrons in cloud chambers document and demonstrate these great scientific revolutions. A seldom shown film from 1924 will lucidly explain Einstein’s theory of relativity.

Representing the “Invisible”
A new generation of artists sought to combine the revolutionary advances in science and the new knowledge about the world with equally revolutionary perspectives in art. The experience of the universe behind visible reality — penetrating beneath the surface with x-rays or looking into the inner particle structure of material — brought forth new challenges and inspirations for art. Along these lines, one of the central concerns for the avant-garde was to find a way to represent the “invisible.” This transformation of art went hand in hand with an intellectual exploration of identity: Programs and manifestos are an integral part of this new art. Marcel Duchamp plays a key role in the early history of modern art. He questioned traditional artistic practice in his work and oriented his practice towards research and scientific experiments.

New Ideas of Time and Space
With newfound knowledge in mathematics and geometry, the notion of a fourth dimension entered into the discussion, which as a dimension involved space but was also understood as time. In Cubism in particular, these thoughts were crucial for understanding the breaking apart of different levels of representation and the simultaneity of different perspectives. The idea of the fourth dimension was both a motif of abstract images and a recurring intellectual challenge for artists such as Duchamp.

Motion and Dynamism as Motifs
Artists strove to burst open the conventional tectonic of the image with poly-focal perspectives and eventually with the representation of movement itself. Photography had already begun to explore the continuity of motion and had for the first time made this clearly visible. Finally with film, the mysteries of motion were captured in the new technology of ‘motion pictures’. Futurism also addressed various conceptions of movement, dynamism and energy, which entered into their images both as everyday phenomena and as a kind of cosmic force, finally playing an important role in abstraction.

Chance, Chaos as Starting Points
Dada brought together a group of artists that had already been active with other groups, such as, among others: Marcel Duchamp, Francis Picabia or Man Ray. Dada came into being during the First World War. Dada was a protest against the senselessness of war. At the same time, the basic thoughts and ideas that Dada pursued corresponded with the movement of elementary particles. The end of the 19th century with all of its many auspices of future scientific progress was a period of general intellectual transformation. It created the conditions for the revolutionary changes to our conception of the world in the 20th century.

With the simultaneous presentation of selected works from the MUMOK collection and paradigmatic scientific insights and discoveries, “The Moderns” takes an in depth look at the relationship between art and science in modernity. The intertwining of these two different worlds is visualized in the exhibition as a dialogue and integrated into a general discourse that is made up of a wide variety of new theories, revolutionary insights and utopian ideals. The exhibition will be supplemented with works borrowed from the Albertina, Belvedere, Museum der Moderne Salzburg/Sammlung Fotografis, Österreichisches Filmmuseum, Art Photography Fund/Galerie Johannes Faber, Galerie Westlicht Wien, MAK, Sammlung Egidio Marzona, Peter Dressler and Roland Fischer-Briand. The scientific works and materials are from the Technisches Museum Vienna, the Österreichisches Filmmuseum, the Physikalische Instituten in Vienna and Graz and the Wissenschaftliches Kabinett Wien.

The exhibition presents around 10 installations and objects by Mladen Miljanovic, the winner of the Henkel Art.Award 2009. In his work the young Bosnian artist, born in 1981 in Zenica, explicitly refers to political events and his own biography. Miljanovic belongs to the generation which experienced the Balkan War as children and young people and had to re-orient themselves afterwards in a destroyed, impoverished, ethnically and territorially divided and isolated country. He transposes strategies of conquest and occupation into the art business, examines and reflects on history and the meaning of spaces, places and cities using different media in the process.