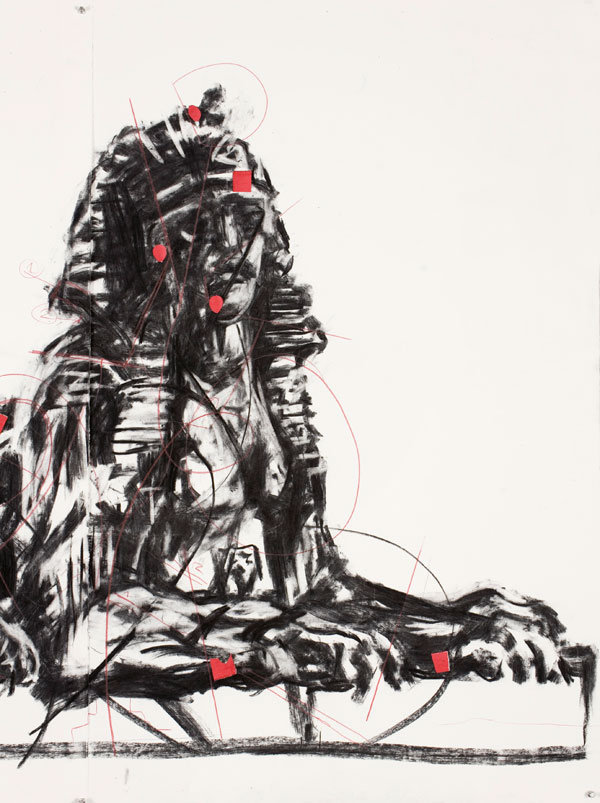 Scheduled to coincide with the monographic retrospective devoted to the artist at the Jeu de Paume, drawings by William Kentridge will be presented in the Salle d'Actualité of the Department of Graphic Arts, alongside a selection of drawings from the Louvre's collections.

The South African artist William Kentridge, born in Johannesburg in 1955, is chiefly known for his drawings, dominated by pastel and charcoal and usually conceived as the basis for animated films. But Kentridge also works in engraving, collage and sculpture, creates performance pieces, and often designs and directs opera and theater productions. Combining the political with the poetic, Kentridge's earliest works denounced apartheid and the ravages of colonialism.

Ancient Egypt is a theme that first appeared in Kentridge's work in 2004, in preparation for his staging of Mozart's comic opera, The Magic Flute. The invitation extended by the Louvre provides an opportunity for the artist to re-explore the world of ancient Egypt, but also to delve into the Napoleonic campaigns of the late eighteenth century.

The exhibition is sponsored by The Broad Art Foundation.