Are you Ready for TV?

The relation between art and television 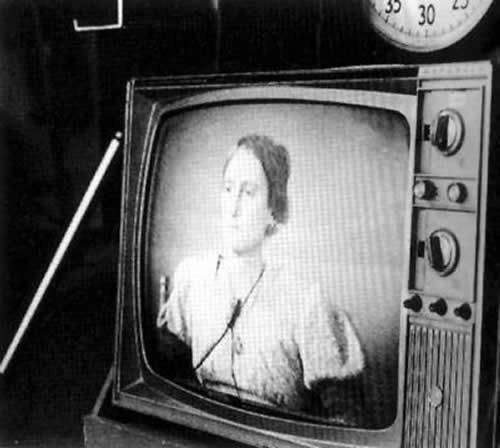 The Museum brings together an exhibition of 145 “experiments” carried out for television by 150 artists and thinkers such as Andy Warhol, Bill Viola, Lévi-Strauss, Guy Debord, Richard Serra, Martha Rosler, Joan Jonas, Joseph Beuys, Albert Serra, Muntadas, John Berger, Robert Hughes and many others.

Beginning of the 1980s. Joseph Beuys is not an artist but a rock star. He sings on a typical Saturday-night variety show: “From the country that destroys itself and dictates to us its ‘way of life’, Reagan comes bringing us weapons and death”, and the chorus responds: “But we want sun instead of rain”, which could well be interpreted as “We want sun, not Reagan”, in a play on words between Regen (rain, in German) and the surname of the fortieth President of the United States. A few meters away, Pier Paolo Pasolini’s sentence: “There is nothing more ferocious than television”, and at the same time the German artist Christian Jankowski calls a television programme dedicated to reading Tarot cards and asks about the future of his work and how to better position himself in the art market.

These are just three of the 145 programmes being broadcast in the Museu d’Art Contemporani de Barcelona (MACBA) under the title-question Are you Ready for TV? This is not an exhibition “about” television, but rather “from” television, where a number of exceptional tenants (artists and thinkers ) have “taken over” the television medium to force it to speak another language and provoke a fertile irritation. The display curated by Chus Martínez, head curator of the MACBA, has enjoyed the collaboration of Dora García in the preparation of the script; Johan Grimonprez and Félix Pérez-Hita, with two selections of programmes for internet; and Albert Serra on the interrelationship between television and cinema, and who also presents a hitherto unpublished mini-series filmed in the MACBA. Are you Ready for TV? brings together pieces made between 1960 and the present by 150 creators and professionals of the television medium, including Chris Burden, Jef Cornelis, Martin Kippenberger, David Lamelas, Guy Debord, Richard Serra, Bill Viola, Martha Rosler, Lucio Fontana, Samuel Beckett, Jan Dibbets, Joan Jonas, Peter Weibel, Dara Birnbaum, John Berger, Alexander Kluge, Antoni Muntadas, Harun Farocki, Paloma Chamorro, Joaquín Soler Serrano, Marta Traba, Robert Hughes, Judith Barry and Andy Warhol, among others. Following its stay in the MACBA, the exhibition may be seen in the Centro Galego de Arte Contemporánea (CGAC), from 20 May to 18 September 2011.