The 25th Anniversary Show brings together examples of artwork from many of the various artists whom Michael Kohn Gallery has had the honor of showing over the years. New works by artists Mark Ryden, Darren Waterston, Maureen Gallace, David Korty and Dennis Hollingsworth will be shown among rare examples of works by Jean-Michel Basquiat, Christopher Wool, Fred Tomaselli, Mark Tansey, and Peter Halley and others. 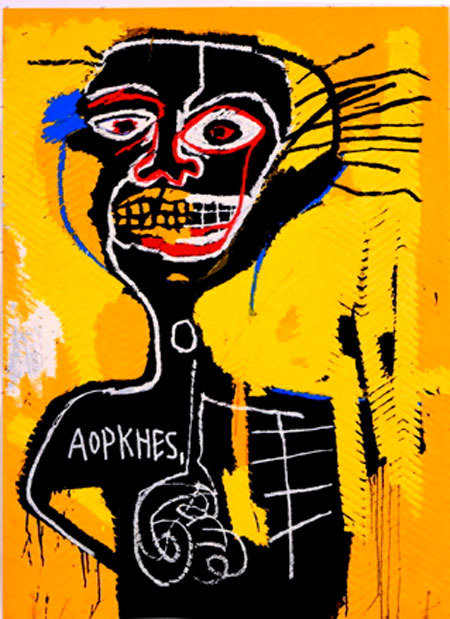 "My dual interests in art history and contemporary art has always guided my curatorial efforts. The idea of presenting artwork that is personally intriguing as well as challenging for the public has kept the gallery moving forward for a quarter century, and will continue for a long time to come. Los Angeles has grown enormously during this time and so has the Michael Kohn Gallery."—Michael Kohn

The Michael Kohn Gallery will celebrate its 25th anniversary with an important show of artists chosen from exhibitions over the last quarter century. Established in August of 1985, the Michael Kohn Gallery began its history with a show entitled New York's Finest. This inaugural show brought to the West Coast a New York artistic sensibility that was inspired by Kohn's years in Manhattan. Kohn returned to his native Los Angeles after five years in New York where he earned a Master's Degree in Art History from NYU's Institute of Fine Arts, and was U.S. editor of Flash Art magazine, Art & Auction contemporary art reporter and free-lance contemporary art critic.

For 25 years the Michael Kohn Gallery has mounted museum-quality exhibitions in Los Angeles of the work of Andy Warhol (during his lifetime), Richard Tuttle, Peter Halley, Keith Haring, Mark Tansey, Dan Flavin, John McLaughlin, Kenny Scharf, Maureen Gallace, Christopher Wool, among many other notable and talented artists. Michael Kohn Gallery also has the privilege of representing the Estates of Wallace Berman and Bruce Conner, both important California-based artists whose work, from the 1950s and throughout their career, paralleled and led to notable developments in late 20th-century art.

The Michael Kohn Gallery has worked to create shows that have art historical importance, including one of Andy Warhol's last shows, Campbell's Soup Boxes, in November of 1986, just weeks before the artist's untimely death. Other shows have included new works by Christopher Wool, Richard Tuttle, Kenny Scharf and Keith Haring, finally leading up to Michael's more recent shows such as She: Works by Richard Prince and Wallace Berman, as well as Bruce Conner: Work from the 1970's, which was the inspiration for Bruce Conner's first solo retrospective in Europe at the Kunsthalle Wien (Vienna) in 2010. These important shows represent the Michael Kohn Gallery's aim to create meaningful contexts for artists that link them to the greater canon of art history.

The 25th Anniversary Show will bring together examples of artwork from many of the various artists whom Michael Kohn Gallery has had the honor of showing over the years. New work by artists Mark Ryden, Darren Waterston, Maureen Gallace, David Korty and Dennis Hollingsworth will be shown among rare examples of work by Jean-Michel Basquiat, Christopher Wool, Fred Tomaselli, Mark Tansey, and Peter Halley and others.

Always with an eye towards the future, the Michael Kohn Gallery will continue to mount bold exhibitions and nurture younger talent, blending historically important works of art with emerging talent of the 21st Century.