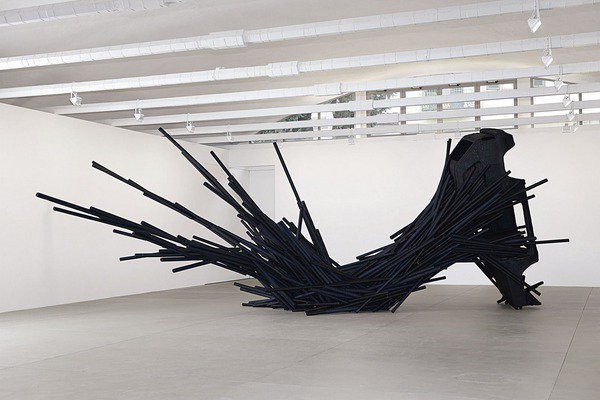 The new works by the Italien sculptor and installation artist Paolo Grassino were dislpayed before at the exhibition 'Paolo Grassino. 2000...2010' in the Castello di Rivalta in Turin curated by Alessandro Demma. Peinado's second solo show in the gallery is focusing on his light installations which have been shown before in his monographic exhibition 'Casino Incaos - Baroque Courtoisie' in the Casino Luxembourg. With the young Austrian Philipp Schweiger 'Neuland' the gallery introduce a new emerging artist for the RoomnumberOne programme. Opening Thursday, 3rd of February from 6p.m. until 9 p.m. (Image: Paolo Grassino 'Deriva', 2007).