'Suspension of Disbelief' is the first major solo exhibition in a museum setting by Gabriel Lester and it is composed of ten works produced specially for this presentation alongside a few earlier pieces. His exhibition is, as it were, a collection of magical beliefs. The ceramic group of sculptures by Boris van Berkum call to mind totem poles: stacks of animal and human figures. Van Berkum transforms elements from the world's great cultures into dynamic contemporary sculptures. 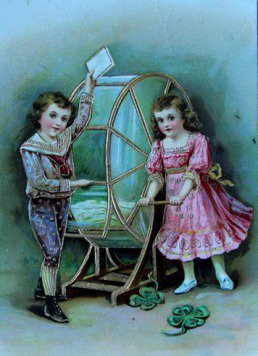 Museum Boijmans Van Beuningen is staging the first major solo exhibition in a museum setting by Gabriel Lester, one of the most promising artists of his generation. You can visit the Suspension of Disbelief exhibition from 12 February. Lester’s total installation is composed of ten works produced specially for this presentation alongside a few earlier pieces. His exhibition is, as it were, a collection of magical beliefs.

After realising important projects and exhibitions in São Paulo, Stockholm, London and Istanbul, the Dutch artist Gabriel Lester (b. 1972) will be exhibiting his work in Rotterdam from 12 February to 8 May 2011. His Suspension of Disbelief exhibition occupies two galleries, its dozen or so works revolving around concepts such as fortune and misfortune, expectation, superstition, rituals, magical beliefs, prophecies and, in particular, fate and destiny. For the exhibition at Museum Boijmans Van Beuningen, Gabriel Lester has specially created an immersive total installation in which all these concepts play a part.

Literary term
The title ‘Suspension of Disbelief’ was originally a literary term that found its way into cinema in the course of the 20th century. It concerns the readiness of the public to accept a film as true, even though it contains elements that are highly improbable. With this title Lester is alluding not only to the significance of cinema in his work, but is also using the term in the sense of ‘wanting to believe in’ and ‘accepting’ the illusion.

Magical beliefs
One of the works, the light installation ‘How to Act’ (1999) plays a cinematographic game with light and sound and the expectations this arouses. Life’s big themes, such as prosperity, adversity, joy and sorrow, feature as an imageless projection before the viewer.
In the film ‘The Big One’ (2011), the counterpart of ‘How to Act’, the suggestion is provided by footage of a gathering of people who have assembled for a ritual invocation of fate.
The film represents the gravitational pull of magical belief, the need to attribute value to non-existent connections. In another film in the exhibition, ‘Cleromancy #2’ (2010), Lester stages a lottery draw like those seen all over the world in a well-nigh abstract interplay of colour and movement.

Intangible world
Fate – the unknown and uncertain future – plays a prominent role in Suspension of Disbelief. Lester is interested in the human idiosyncrasy of wanting to have a grip on the intangible world. ‘Magical belief’ is one of the ways to survive in the unpredictable universe. The installations, sculptures and films show various instances of people trying to fathom out fate. In his ‘Suspension of Disbelief’ presentation, Lester immerses the public in an experience that is as conceptual as it is sensual.

Lester has a cinematic way of working: he isolates elements such as light, scenery, music and image and subsequently moulds them to his will using techniques such as montage and framing.
Various activities are being organised in connection with the exhibition, including a lecture by Gabriel Lester about magical beliefs on Sunday, 13 March.
To see the newest films and videos, visit: arttube.boijmans.nl.

The ceramic group of sculptures by Boris van Berkum call to mind totem poles: stacks of animal and human figures. Coloured water trickles from some of the sculptures while others rotate slowly. Van Berkum transforms elements from the world’s great cultures into dynamic contemporary sculptures.

Boris van Berkum (b. 1968) is an artist who has already left his cultural stamp on Rotterdam. He was, for example, one of the founders of Showroom MAMA in the Witte de Withstraat and he is currently transforming an old clubhouse on the Brienenoord Island into a new sanctuary for visual art and ecology. From Saturday, 12 February he is exhibiting his life-size ceramic sculptures in Museum Boijmans Van Beuningen. Four sculpture groups will be installed in the display cases of the museum’s so-called Cloverleaf. There they will revolve on their axes and leave visitors dumbfounded, because Van Berkum’s sculptures are hardly your everyday ceramic sculptures; they are sculptures in which diverse world religions are fused – think Buddha’s belly meeting Greek gods and goddesses, Janus faces and less familiar religious figures, such as those from the Kingdom of Ife (part of present-day Nigeria).
Turning to the materials, casting in bronze and the use of ceramics are nothing new to artists. However, last summer Van Berkum added 3D printing to his repertoire of skills and he recently decided to follow a course in cake decoration, so now his life-size sculpture groups are covered in a thin layer of sugar, chocolate and fondant.

When we asked Van Berkum which of the world’s cultures he most admires, his answer was comprehensive: ‘I’m obviously terribly fond of the classics such as the Ancient Greeks, with their veneration of the human body, but I also intensely admire less familiar cultures, such as that of the Kingdom of Ife. During British rule in West Africa, archeologists unearthed a treasure trove of 17 bronze masks close to the former Royal Palace in the city-state of Ife. These works are unique in character and were produced using a complex casting technique that rivals the more familiar art of Ancient Greece.

‘People did not believe that Africans were capable of producing such magnificent objets d’art, and the bronze masks also lacked the features of African art to which people were accustomed; they were geometrical and expressionistic. People therefore speculated that they were of Greek or Portuguese origin. However, they turned out to be sculptures from the period 1200 to 1400 that were made by the Ife people themselves, portraits of their Oòni (King), a direct descendant of the god Oduduwa.
‘When I saw the exhibition at the British Museum in London last summer, I was deeply affected by the intensity of the Ife bronzes. It felt as if I was in direct contact with the makers of the sculptures, even the whole community. I try to convey that creative energy in my work, in which you can also find elements of this Kingdom.’

Museum Boijmans Van Beuningen
Museumpark 18-20, 3015 CX Rotterdam
Opening hours
Tuesdays to Sundays, 11 am to 5 pm.
The library is open from 11 am to 4:30 pm and the espresso bar is open from 10 am to 5.30 pm.
Closed on Mondays (except Easter Monday and Whitmonday), 1 January, 30 April (Queensday) and 25 December. The museum closes at 4 pm on Saint Nicholas' night December 5th, Christmas Eve December 24th and New Year's Eve December 31st.