Queer Cinema from the Collection: Today and Yesterday

AA Bronson, a member of the artists' group General Idea, curates a small and idiosyncratic selection of queer cinema and AIDS-related films and videos 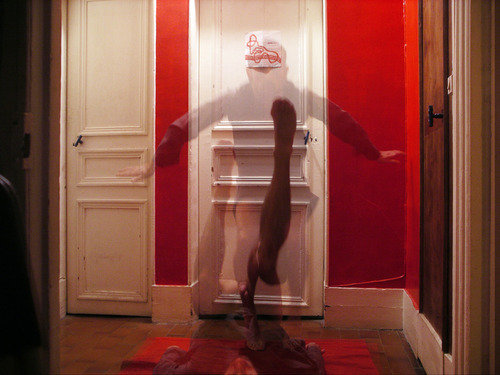 In conjunction with the Museum's current exhibition Contemporary Art from the Collection, AA Bronson, an artist, writer, curator, and member of the artists' group General Idea, curates a small and idiosyncratic selection of queer cinema and AIDS-related films and videos, drawn from and inspired by the Museum's collection. AA Bronson offers these thoughts about the program: "Toronto, February 17, 2011, 7:59 am: I am sitting at my computer, feeling rather jet-lagged, and anticipating my return flight to New York several hours from now. Let's say I am feeling queer: I have just come from Paris, where a 25-year retrospective of General Idea brought huge lineups to the opening night. That exhibition circulates around ideas of queerness, and especially General Idea's queerness, the means whereby we queered whatever we touched, including concepts of the artist, the audience, the museum, the media, and the work of art. I am even later than usual in providing this text, and I am not sure exactly what it is I want to say here. I know that I do not know, and that is already a kind of queering. The films and videos that I have chosen represent a loose narrative of my own history; there is a story to go with each one. The story begins in the mid-sixties, when I screened a double bill of Kenneth Anger's Scorpio Rising and Jack Smith's Flaming Creatures at the School of Architecture where I was studying. Both films had been banned, and that was reason enough for me to present them, in a long evening that eventually became rather rowdy, ending in some sort of happening, with wet noodles and nudity. I include Anger's Eaux d'Artifice for equally personal reasons: in 1970 a friend who was working at a film distribution house stole a copy of this soulful work, so moved was she by its beauty. We played it again and again in our rather cold and barren General Idea loft, stunned into (stoned) silence by its cold blue luminosity. Our loft was situated on the third floor of an old office building in the heart of the financial district of Toronto, and I remember that blue light flickering through the night, reflecting off the sea of desks that presented itself so mesmerizingly in the building facing ours. Each work in this series carries memories for me and perhaps I will be able to tell stories as we proceed. I have included one program of General Idea film and video, because those carry the most memories of all. And I begin with some new and younger talent, because as far as queerness goes, we are only just beginning." All film descriptions are by AA Bronson. (image: The Gold Room. 2007. Germany. Directed by Christophe Chemin)