Photographs 1951-2010. A selection of circa 120 photographs covering sixty years of his career is now reveal the artist's special approach and the creative range of this oeuvre. Besides flower still-lifes and landscapes it is views of his studio that captivate. 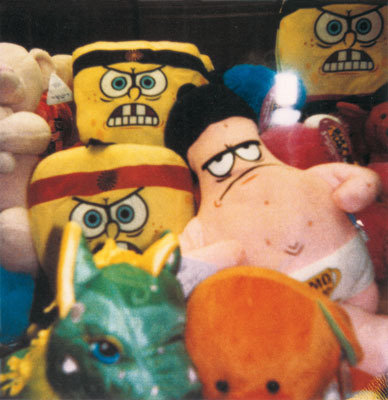 Munich, 23 March 2011 | Cy Twombly has gained international recognition first and foremost through his paintings and drawings. It was not until the 1980s that he publically exhibited his hitherto unknown sculptural works. The artist's photographic oeuvre followed in early 1990s, initially in gallery exhibitions and various publications. It took until the summer of 2009 for all of the art forms explored by the artist to be united in a retrospective at the Museum moderner Kunst Stiftung Ludwig (MUMOK) in Vienna, at which time numerous parallels in the media-related development became discernable: Twombly drew on his canvases, made use of oil colors on paper, painted his white plaster sculptures, and, with his photos, made reference to his own art, as well as his experiential and empirical environment. According to Twombly, this spectrum embodies the various "states of mind" of his creative output.

Now, for the first time in Germany, the Museum Brandhorst is presenting over 100 of the artist's photographic works. In addition to flower still-lifes and landscapes, Twombly's photographs of his studio clearly reveal the artist's preferred lighting and atmosphere for this medium. The most striking feature of these works is their blurriness - a not unintentional nod to the pictorialists of the late 19th century. The loss of motif-related clarity is, however, counterbalanced by a gain in pictorial presence. Moreover, all images have been intentionally overexposed, leading to the disintegration of the subjects' material integrity. A photoflash occasionally creates a flare spot over the objects, providing them with a bleached out effect. The replication achieved with drypoint additionally endows the works with a soft, perplexing quality.

All of these moments, which might be considered unsuccessful or flawed in a professional sense, soften the contours of what has been depicted, melt substances and forms, allow light and shadow to become mutually indistinct, and remove the radiance of colors and/or intensify their power. A feeling of sentimentality or kitsch, however, does not arise. A strict concept underlying the work becomes particularly noticeable: a concept that, in the still-lifes and studio photographs, is nearly constructivist owing to the copious cultural and art historical references; and, in the flower and tree works, that can be appreciated as a playful adaptation of Art Informel and/or monochromatic painting. All in all, the viewer is left with the impression that the artist, via the medium of photography, is reflecting on that which he has actually manifested in his body of paintings. So-called reality dissolves each time in an abundance of aggregate states: that which remains from the drawings is the gestural quality of their composition, from the message only a vague memory, the here-and-now interspersed with mythical moments, the factual subjected to permanent transformation. In all of the media - whether painting, drawing, sculpture or photography - Twombly offers the viewer no intrinsically coherent messages which can be formally, iconographically or - in a historical sense - stylistically concisely determined or analytically defined. The artist's oeuvre can, on the contrary, be generally understood as an invitation for viewers to come up with their own sensorial and significative context from the floating phenomena. This amounts to a process that encompasses and touches on a great deal, which offers much, yet barely leads to definitive classifications and determinations.

The upper floor of the Museum Brandhorst contains an extensive collection of paintings, sculptures and works on paper by Cy Twombly, unrivalled in all of Europe. For reasons of conservation, however, the artist's photographic works cannot be integrated into this context, but will be shown in the galleries on the lower floor, where they are not exposed to daylight. Visitors will of course have the opportunity to travel between the upper and lower floors to appreciate the motif-related correlations and media-related differences. This provides insight into a body of work that is singular and yet contains numerous intriguing potential correlations to other working methods in contemporary photography, as embodied by, among others, Hiroshi Sugimoto, Gerhard Richter and Elger Esser.