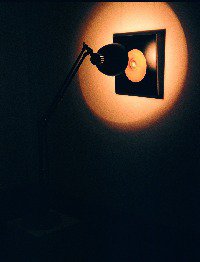 From the sixties onwards, photography has become a medium that is in a different way "introduced" into a broad-based semantic field of contemporary art. Photography is becoming increasingly represented in international artistic movements. Already the situationists appropriate the photographs that appear in the mass media re-presenting them in order to highlight the hypocrisy and superficiality of the advertising industry and the newspaper, combining them with their texts that comment on the situation in society. On this track, conceptual artists "adopt" photography as a medium that not only documents their various activities and events, but they more focus on creating and communicating ideas and/or concepts. Instead of creating material objects, they use photography to document performances and happenings. For some authors photography becomes a mirror through which it is possible to record the transposition, and the camera is considered an "infinite" aid - something like a machine that continuously records the visual sequence and makes possible the creation of an infinite number of reproductions.

Since 60-ies of photographs becomes a medium of experimentation and research – the elements of language, documents are being introduced into it, the nature of art is being examined. The authors are not primarily interested in the development of its technical capabilities/features or the recording quality, but they consider photography a type of coordinate, which functions like an echo of an event, like channels - media, in the literal sense. The theory discussed it in the context of evidence, not the case. All the above mentioned testify to the changes in the understanding and interpretation of photography as art, especially the changes of the ways of its operation, expanding of areas of interest and forms of manifestation and mediation of artistic content, that have been influenced by political and social circumstances of the late sixties.

At the exhibition dedicated to non-functional, non-portrayal, experimental and conceptual photography, the photography will be for the first time singled out from the whole corpus of contemporary art as a separate medium of artistic speech. Through a historical review and mapping of current state, it will establish continuity that was laid by the conceptual art and which is continued by many contemporary artists.

Reinhard Braun is a writer and curator living in Graz (Austria). He is author of numerous publications and lectures, as well as lecturer in the field of contemporary art and photography. From 2007–2010, he was curator for visual arts at Steirischer Herbst festival in Graz. Since 2011, he has been the editor of the Camera Austria International journal and the exhibition director of Camera Austria, Graz.

What is it that influences photography in the making?
If a photographer carries a camera in his hands, his body can be understood as a tool of photography. The result largely depends on the direction in which he is moving while carrying the camera. An important element is his height, as well as the moment in which he turns his head or the road he has taken while photographing. How fast is he walking? Does he stop and wait on his way? Has he looked down or up at a decisive moment? Squatted down or straightened his back? Has he got up after sitting down? Has he taken this or that way? And when he came across a scene, did it matter whether he was bent, stooping, or stretched on his toes to see things better? Or was it all that at the same time? At this workshop we are looking for answers about the ways in which the photographer influences his work with his body and its movements.

Participation should be registered with Croatian Photographic Union by Friday, 24 June 2011 at the latest by telephone 01 4848 793 or e-mail predrag.bosnar@hztk.hr (Predrag Bosnar, secretary of the Union). On the first day, the participants will gather at 5:00 p.m. in the exhibition halls of the Art Pavilion. This free three-day workshop includes a lecture by the author, individual photographing by the participants, and a discussion group, as well as the presentation of results. The workshop is intended for age 20+ and the number of participants is limited to 10. All participants must bring their own cameras (analogue or digital).

This meeting with an artist is conceived as a public talk with Sandro Đukić and a tour around the exhibition, focusing on the problem of photography as a medium, which is the main field of interest of this multimedia artist.

Sandro Đukić graduated painting from the Academy of Fine Arts Zagreb in 1989, in the class of Đuro Seder. He also attended classes by Nam June Paik and Nan Hoover (1989–1993) and the master class of Nan Hoover (1993–1994) at Kunstakademie Dusseldorf. His artistic residencies include New York in 1990 (Reise Stipendium Kunstakademie Dusseldorf and Goethe-Institut), Reykjavik (1992, DAAD, Islandic Colledge of Art, Workshop), and Plasy (1994, Hermit Foundation, International InterdisciplinarySsymposium Transparent Messenger). His artworks are included in the following collections: Museum am Joanneum, Graz; Marino Cettina Gallery, Umag; Museum of Modern and Contemporary Art, Rijeka.

TUESDAYS: 21 AND 28 JUNE, 5 AND 12 JULY, AT 6:00 P.M.
Guided tour
The one-hour guided tour with the curators is free for all visitors at the times listed above (registration is not needed, except for larger groups).

The visitors will have the opportunity to see various documentary films and videos (as well as use the library), such as the documentary series on Photography in Croatia (made in coproduction of the Croatian Television) on the following artists: Boris Cvjetanović, Petar Dabac, Željko Jerman, Antun Maračić, Ivan Posavec, Goran Trbuljak, and Fedor Vučemilović. We would like to thank Anamarija Ganza Habjan for helping us to acquire these documentaries. Total duration: 68:44 min.
In addition to this, visitors will have the opportunity to see part of the film about Edita Schubert prepared by Leonida Kovač and Ana Opalić.

Instead of a catalogue, the exhibition of Croatian Photographic Union 2011 will be accompanied by a thematic issue of Život umjetnosti (89/2011), a bilingual journal for contemporary visual arts published by the Insitute for Art History Zagreb. The issue will be entirely dedicated to the exhibition and will contain interviews with authors/artists whose work has been presented here, as well as theoretical and critical texts written by the curators and a number of guest contributors.