The group show 'Sense and Sensibility' is dedicated to the connection between literature and visual arts. The group show 'Poaching Tactics' presents the results of the 'ORTung 2010' artist symposium organized in Strobl every year by the state of Salzburg. As part of the exhibition series at Cafe'Cult #50 Barbara Musil displays the installation 'Next to Nothing'. 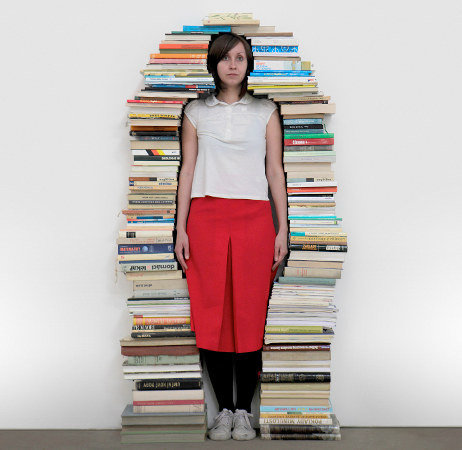 The group show Sense and Sensibility is dedicated to the connection between literature and visual arts. However, the focus of the exhibit is less on the relationship between text and image, rather inspirations and junctions between the work of visual artists and writers, in which the subject of being doubly gifted is also dealt with.

The relationships between visual arts and literature are diverse. Historically, the references are clear when we consider Dadaism, the écriture automatique of Surrealism, the visual poetry of the 1960s, and conceptual art. But what does the contemporary approach of visual artists to literature look like? Texts have become a solid component in contemporary visual arts. However, the exhibition explores the question of the degree to which visual artists are still influenced by literary texts, what they read, and how this is incorporated in their artwork. A special emphasis of the show is on post colonialism, addressing travel, conquests, liberation from foreign rule, and the coexistence of different cultures in the artistic pieces.

The group show /Poaching Tactics/presents the results of the "ORTung 2010" artist symposium organized in Strobl every year by the state of Salzburg. /Poaching Tactics/should not be interpreted solely as a reference to the romanticizing and heroizing of the poacher as a folk hero in rural areas of the 18th and 19th century. Rather, the theme pursues the issue of contemporary art practices that deal with everyday life and the forms of action that can be developed within it.

At CaféCult
Barbara Musil. Next to Nothing

As part of the exhibition series at CaféCult #50 Barbara Musil presents the installation "Next to Nothing".
Barbara Musil, *born 1972 in Salzburg, lives and works in Vienna