'If You See Something...' is the second chapter of a multi-part project exploring those things we cannot see, or refuse to see the true images of war and violence, often simulated or shadowed by propriety when presented to the curious public. 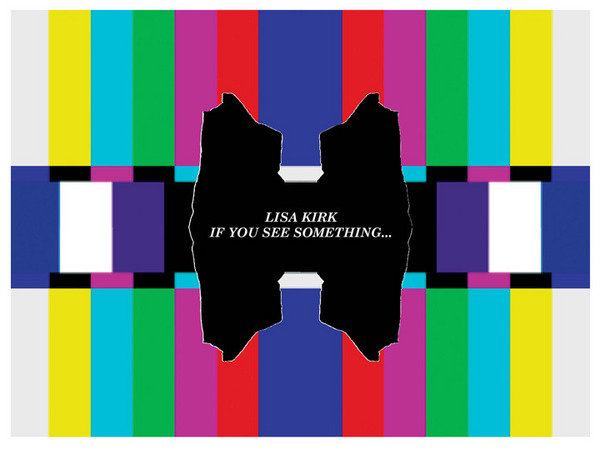 INVISIBLE-EXPORTS is pleased to present Lisa Kirk's second solo exhibition at the gallery, If You See Something...

Lisa Kirk's "If You See Something..." is the second chapter of a multi-part project exploring those things we cannot see, or refuse to see—the true images of war and violence, often simulated or shadowed by propriety when presented to the curious public. The exhibition is an assiduous work of video disassemblage, in which Kirk stages in distinct and constituent modes the critical inquiry at the center of her site-specific installation "Backyard Adversaries" (screening concurrently at Governor's Island until September 25, 2011), a randomly-generated four channel video program which depicts four children improvising a game of war.

Two decades into a career devoted to the staging of politically-charged site-specific projects, Kirk's "If You See Something...," addresses that political imperative itself, presenting her own bold, assertive work in deconstructed form and examining her own project of political spectacle alongside the many other learned impulses she so rigorously anatomizes.

In this exhibition Kirk uses the instruments and iconography of the news media to critique the "visceral" and the "political" as vacant, repurposing the allegory of the cave as a line of inquiry into the way we mediate the world in order to blind ourselves to it. Her sculptures, sound installation, and video become shadows of a projected reality, each piece transformed by Kirk's interpretation. Throughout the gallery are immaculately crafted wood objects that impart childlike memories of giant playroom toys. "Sound Baffles" features a new group of Kirk's paint ball paintings made with burned make up that perform also as sound panels, ubiquitous in bunker-like recording studios. These paintings are part of Kirk's ongoing visceral experiment in abstract painting and political action, an investigation most recently expressed in the iconography of "Backyard Adversaries," which reverberates throughout the space.

In both projects, Kirk employs her signature approach to her audience and installations by turning rooms on their heads, inverting spaces by transforming them into a theater of artifice. The results are exhibitions that challenge the spectacle of the gallery by perfectly subverting it, transforming the space instead into a fantastical staging ground for an uncanny performance of media narrative as childlike theater .

This exhibition has been partially sponsored by Harvestworks, The Outpost, Tom Powel Imaging, and grants funded by Jerome Foundation and New York State Council On The Arts.

Lisa Kirk received her BFA from the School of Visual Arts and her MFA from the University of California, Irvine. Her projects have exhibited at galleries, institutions and museums both domestically and internationally, including PS 1 MOMA; Participant INC and MOT International, among others. Kirk's work has been featured in The New York Times, Flash Art, Frieze, Art in America, The New Yorker, New York Magazine, and Art Review Magazine and The Guardian.