An unprecedented exhibition devoted to the relationship between dance and the visual arts, from 1900 to the present. Covering over 2,000 square metres, the exhibition draws on the Centre's tradition of major multidisciplinary shows. Both original and prolific, the theme will be explored through works by the greatest artistic figures of the 20th century, the contributions of the founding movements of artistic modernism, and the current explorations of important contemporary artists and dancers. 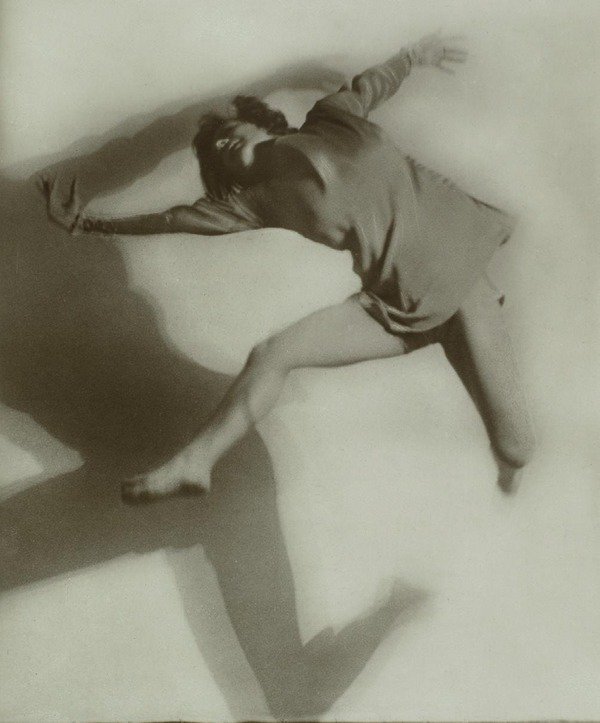 The Centre Pompidou will present an unprecedented exhibition devoted to the relationship between dance and the visual arts, from 1900 to the present. Covering over 2,000 square metres, the exhibition draws on the Centre’s tradition of major multidisciplinary shows, a tradition its president Alain Seban has said he wishes to revive. Both original and prolific, the theme will be explored through works by the greatest artistic figures of the 20th century, the contributions of the founding movements of artistic modernism, and the current explorations of important contemporary artists and dancers.

Danser sa vie shows how dance and the visual arts together struck the spark of modernity, inspiring both the major artistic movements and the key figures who made the history of modern and contemporary art. Conjoining the modern with the contemporary, this exhibition in three acts will show how both art and dance have explored the body in movement. The exhibition Danser sa vie will allow us to discover this hidden aspect of the avant-garde art movements as a constant source of inspiration for contemporary art by establishing a dialogue between all the disciplines, of the choreographic as of the visual arts, from painting to contemporary video. A vast selection of paintings, sculptures, installations, films, videos and dance works will testify to the continual exchanges between them. The title Danser sa vie [Dancing Ones Life] is taken from Isadora Duncan, the pioneer of modern dance: “My Art is just an effort to express the truth of my Being in gesture and movement ... Before the public which has thronged my representations I have had no hesitation. I have given them the most secret vers 1922-1923 impulses of my soul. From the first I have only danced my life” (Isadora Duncan, My Life, New York, 1927).

An Exhibition in three sections
The Dance of the senses, from Auguste Rodin To Matthew Barney
The invention of a new subjectivity is explored through the birth of a free dance emancipated from classical tradition. In Germany, in the years of Expressionism and of “Freikörperkultur” (Free Body Culture or “naturism”), there was a hitherto unprecedented exchange between artists and dancers, exemplified, for instance, in the relationship between dancer Mary Wigman and the painters Ernst Ludwig Kirchner and Emil Nolde. Later, other close relationships would be established, as for example between Martha Graham and sculptor Isamu Noguchi. From Vaslav Nijinsky to Matthew Barney, from Henri Matisse to Maya Deren, and Pina Bausch to Mike Kelley, film and contemporary art have both entertained a dialogue with the masters of modern dance.

The abstraction of the body, from Loie Fuller to Alwin Nikolais
Here the birth of abstraction is viewed through the choreographic inventions of Loïe Fuller and the ways in which Kandinsky, the Cubists, the Futurists, the Bauhaus and the Russian avant-gardes made use of dance. Certain figures, such as Sophie Taeuber-Arp, were both dancers and visual artists. Others maintained a dialogue with dancers, as did Kandinsky with Gret Palucca and Calder with Josephine Baker. The explorations of Nicolas Schöffer and Alwin Nikolais then bring this story to a close with mechanical ballets, kinetic inventions and virtual dances. This section also includes a new work by Olafur Eliasson specially conceived for the exhibition.

The body as event, From Dada to Jerome Bel
This last section considers the connections between dance and performance art and vice versa, from the first Dada actions at Cabaret Voltaire to the deployment of tasks (gestures taken from everyday life) by dancer Anna Halprin, from the birth of the happening with Allan Kaprow to Black Mountain College. In the 1960s, Merce Cunningham engaged an artistic dialogue with John Cage, and indeed with Andy Warhol. A selection of works and documents looks back to the Judson Church in New York and then highlights the influence of popular clubbing and techno culture.

Publications
Éditions du Centre Pompidou will publish two works to mark the exhibition: a scholarly catalogue and an anthology of texts by choreographers, writers, dancers, artists and philosophers.

Alongside the exhibition
A cycle of lectures and discussions and a programme organised by the Live Performance department (with Meg Stuart, Maria La Ribot, Olga de Soto, Myriam Gourfink, Herman Diephuis and others) will have the whole of the Centre Pompidou join the dance. So indeed will the cinemas, the regular Vidéodanse programme contributing the screening of 200 films, featuring the work of some hundred choreographers and retracing the history of modern and contemporary dance. The thematic organisation of this programme invites the viewer to note the successive “ruptures” and claims of filiation, in other words, to observe both the multiple dialogue that artists maintain with works of the past and the turbulent and complex process of the emergence of the new.