Einzelausstellung by Mario Pfeifer shows film and video installations from the years 2008 to 2010. Exodus by Almagul Menlibayeva shows the departure of nomads as a dolorous as well as a hopeful event and Dan Halters' work refers to the individual dimension of each migration movement. 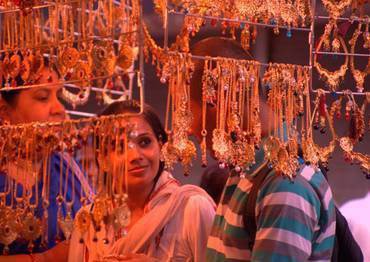 The NKV Kunstverein Wiesbaden is pleased to present the first institutional Einzelausstellung ('solo exhibition') by Mario Pfeifer (*1981). Film and video installations from the years 2008 to 2010 provide a concentrated overview of his artistic development since graduating from the Städelschule Frankfurt/Main in 2008.

A continuum in Mario Pfeifer's work are clear formal and thematic references to other artists and works, mostly from the 60's and 70's, as well as to fathom a thoroughly composed formal aesthetic, which he expands onto the exhibition architecture. His recent and most extensive work, a formal film in nine episodes, prologue & epilogue (2010), confronts three of his former produced film and video installations. Three photographic works, each referencing one of the installations and reflecting their research strategies and production conditions, accompany the films.

The NKV Kunstverein Wiesbaden shows two positions, addressing modern migration movements in different ways.
The film Exodus by Almagul Menlibayeva (*1969, Kazakhstan) is the portrait of a broken culture between aged traditions and a globalized presence. It shows the departure of nomads as a dolorous as well as a hopeful event.

Dan Halters (*1977, Zimbabwe) works refer to the individual dimension of each migration movement. Using everyday materials and techniques in a playful way, the artist uncovers suppressive conditions, which force people to leave their home. The NKV presents three of his works in a cabinet exhibition.