Artur Zmijewski will edit raw video material, creating the most extensive installation of his work which he commenced in 2009. 'History has left the Building' by Francis Hunger addresses the hopes associated with the development of new technologies in the ruling political ideologies of the 20th century, and remember the victims of technological progress. Suzanne Treister's Hexen delves into the histories of scientific research behind government programmes of mass control. 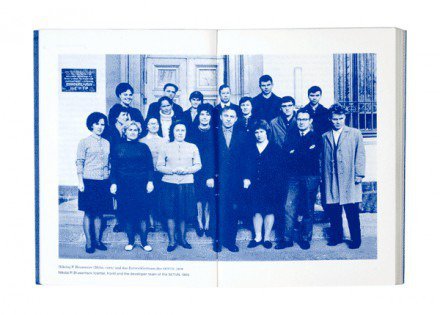 On April 20, 2012, the HMKV opens on the 3rd floor of the Dortmunder U three solo exhibitions. Two of them enter into a dialog with each other: British artist Suzanne Treister (HEXEN 2.0) amd German artist Francis Hunger (History has left the Building) deal in their exhibitons with similar themes – the hopes, utopian dreams, but also dystopia which were connected to the development of modern technologies in the 20th century. The artists also refer to the social conditions of the development of technology and to its function as accelerator of social and economic processes in different political systems. Both artists operate as media archaeologists, applying methods of artistic narration. They tell stories from the age of information technologies, and present incredible and unseen findings in the form of ephemeral drawings and diagrams (Treister) as well as installations, radio plays, videos and performances (Hunger).

The exhibition History has left the Building by Francis Hunger (*1976, Dessau) addresses the hopes and visions associated with the development of new technologies in the ruling political ideologies of the 20th century, and remember the victims of technological progress. Francis Hunger's artistic narratives in the form of installations, performances and radio plays reflect the neuralgic interfaces between technology and ideology, leading to conclusions regarding the social constitution before and after the downfall of communism.

Hunger’s art is essentially an attempt to clear the “mythological rubble” left behind by the failed revolutions of the past and make room for a debate on the potential of new models of society. The common thread in his works is a strong interest in the development and significance of complex technologies in socialist countries. More specifically, the artist suggests that the problems and questions they raised point to the deeper causes which eventually led to the demise of these utopian systems. Indeed, five-year plans are hardly compatible with the speed and ubiquity of networked technologies, whose decentralised organisation effectively undermines socialist centralism.

Following this line of thought, Hunger turns his attention to artefacts which bear the traces of these ideological discourses or have been shaped by them. The SETUN computer and the Sputnik satellite are thus quiet witnesses of our ‘ideological Antiquity’ (Alexander Kluge), who are trying to establish contact with us from within their archival tombs.

By addressing the function of technology as a catalyst for social, political and economic progress, Hunger asks questions that are still relevant today – and perhaps even more so if we want to find a way out of the dominant neoliberal cul-de-sac. Hunger’s narratives take the shape of installations, radio plays and performances which are never mere representations of historic facts and in which the artist also discusses his own practice. With their numerous references to popular culture, they evoke the memory of exotic parallel worlds where avant-garde, politics and science formed an inextricable entity (Sieg der Sonne) [Victory of the Sun], but only to sharpen our senses for the present time, for the post-Fordist networked technologies of capitalistic societies which have led to the outsourcing of production into regions of the world that cannot defend themselves against exploitation, and generated capital that exists only in our mind (Human Capital).

In the frame of the culture exchange programme "Klopsztanga. Polen_grenzenlos_NRW", the HMKV shows the solo exhibition Democracies by Artur Zmijewski (*1966, Warsaw). For this presentation, Artur Zmijewski will edit raw video material, creating the most extensive installation of his work which he commenced in 2009. The exhibition is on show in parallel to the 7th Berlin Biennial (duration: April 27 – July 1, 2012), curated by Artur Zmijewski.

Democracies (2009–2012) are short and precisely edited documentaries showing expressions of political will in public space. In his installation consisting of more than 20 videos, Artur Zmijewski compares different opinions and forms of enactment: Videos of demonstrations for the right to abortion or for fair wages can be seen as well as military parades, reenactments of historic battles like the Varsovian uprising of 1944, triumphant fans at the European Football Championship in Germany, Jörg Haider's funeral, political demonstrations, border controls in the territory of Gaza, etc. All videos share a documental character and make several expressions of collective will visible. Besides the images, the authentic sound of each event can be heard, blending into a noisy cacophony in the gallery space.

HEXEN 2.0 is the sequel to HEXEN 2039 which imagined new technologies for psychological warfare through investigating links between the occult and the military in relation to histories of witchcraft, the US film industry, British Intelligence agencies, Soviet brainwashing and behaviour control experiments of the U.S. Army.

HEXEN 2.0 delves deeper into the histories of scientific research behind government programmes of mass control, investigating parallel histories of countercultural and grass roots movements. HEXEN 2.0 charts, within a framework of post-WWII U.S. governmental and military imperatives, the coming together of diverse scientific and social sciences through the development of cybernetics, the history of the internet, the rise of Web 2.0 and mass intelligence gathering, and the implications for the future of new systems of societal manipulation towards a control society.

HEXEN 2.0 specifically investigates the participants of the seminal Macy Conferences (1946-1953), whose primary goal was to set the foundations for a general science of the workings of the human mind. The project simultaneously looks at critics of technological society such as Theodore Kaczynski/The Unabomber, the claims of Anarcho-Primitivism and Post Leftism, Technogaianism and Transhumanism and traces precursory ideas of Thoreau, Heidegger, Adorno and others in relation to visions of utopic/dystopic futures from science-fiction literature and film.

Based on actual events, people, histories and scientific projections of the future, and consisting of alchemical diagrams, a Tarot deck, photo-text works, a video and a website, HEXEN 2.0 takes us to a hypnotic, mesmerising space of early technological fantasy to hallucinate feedback from the past from where one may imagine and construct possible alternative futures.