Forget fear. Internationally highly acclaimed artist Artur Zmijewski has been invited to curate the seven edition, he appointed the Voina group from Russia and Joanna Warsza from Warsaw as Associate Curators. In preparation of the Biennale, Zmijewski asked artists to submit statements on their political convictions in an Open Call. Exhibitions and event will take part in different venues of Berlin. 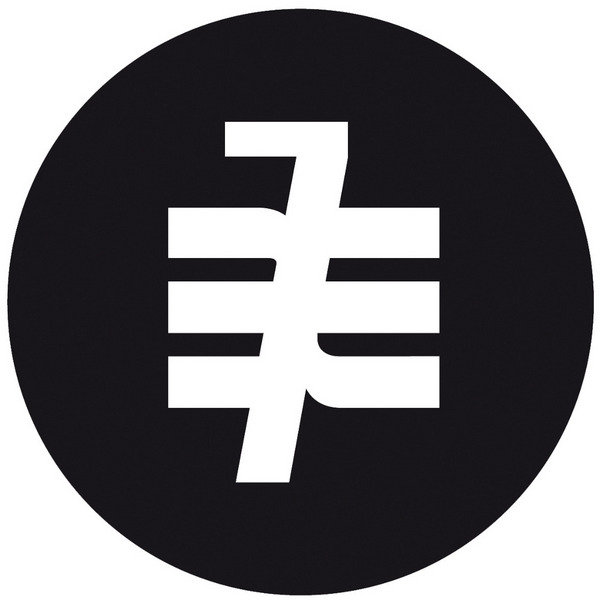 The 7th Berlin Biennale for Contemporary Art "Forget fear" is curated by Artur Żmijewski with Joanna Warsza and Voina, and takes place from April 27 to July 1, 2012.

The Berlin Biennale is the forum for contemporary art in one of the most attractive cities for art. Taking place every other year at changing locations throughout Berlin it is shaped by the different concepts of well-known curators appointed to enter into a dialogue with the city, its general public, the people interested in art as well as the artists of this world.

The German capital is continuously under change thus remaining fragmented, diverse and contradictory. It is this particular mixture of high contrasts and a relaxed manner defining Berlin side by side that does not only attract international artists, many of whom choose Berlin as their base and place for production. Every two years the Berlin Biennale explores artistic developments to present the unseen and the unfamiliar before the background of this inspiring atmosphere.

In 1998 the 1st Berlin Biennale took place founded on the initiative of Eberhard Mayntz and Klaus Biesenbach – founding director of the Kunst-Werke Berlin –, in order to promote a repesentative and international forum for contemporary art in Berlin. Since the year 2004 the KW Institute for Contemporary Art has been the supporting organization of the Berlin Biennale. Its significance for the cultural landscape is reflected in the patronage granted by the Kulturstiftung des Bundes (German Federal Cultural Foundation).

Internationally highly acclaimed artist Artur Żmijewski has been invited to develop and implement the concept of the 7th Berlin Biennale. Born in Warsaw in 1966, Żmijewski mainly works with social and political issues transformed into actions and films. He is particularly interested in the power of art and its relation to politics. In his manifesto The Applied Social Arts Żmijewski developed a distinct conviction for social activism, which also becomes a point of departure for designing the 7th Berlin Biennale.

One of the first artists invited to participate in the 7th Berlin Biennale is Israeli-Dutch artist Yael Bartana, who will further develop her project of the “Jewish Renaissance Movement in Poland” (JRMiP). In summer 2012 the first congress of the JRMiP will be held in Berlin. For the first time the members of the movement will gather and international speakers will reflect upon the movement from various points of view. Initiated by Bartana, the movement calls for the return of 3,300,000 Jews to Poland. Since its foundation in 2007 the JRMiP has spread internationally and has found many followers.

“This is the response we propose for these times of crisis, when faith has been exhausted and old utopias have failed. Optimism is dying out. The promised paradise has been privatized. The Kibbutz apples and watermelons are no longer as ripe (...) We direct our appeal not only to Jews. We accept into our ranks all those for whom there is no place in their homelands — the expelled and the persecuted. There will be no discrimination in our movement. We shall not ask about your life stories, check your residence cards or question your refugee status. We shall be strong in our weakness”. (JRMiP manifesto)

In preparation of the 7th Berlin Biennale, Artur Żmijewski asked artists to submit statements on their political convictions in an Open Call. By the January 2011 deadline approximately 7,500 artists from all over the world had sent in their material. The submissions are currently being reviewed and archived. “We now need time to go through the submissions carefully and to realize what kind of political beings we are as artists,” comments Żmijewski.

An in-depth look into Artur Żmijewski’s general approach is provided by his interview book Trembling Bodies, which is now available in English and German (Artur Żmijewski, Trembling Bodies / Körper in Aufruhr, 2011, published by the Berliner Künstlerprogramm/DAAD and CSW Kronika, Bytom, mail order: bkp.berlin@daad.de). The book is an anthology of his conversations with Polish artists related to the “critical art” movement—the only cultural movement in post- communist Poland. Trembling Bodies reviews the “critical art” and formulates the wish for a new program of artistic actions as described by Żmijewski in his manifesto Applied Social Arts.

Artur Żmijewski appointed the Voina group from Russia and Joanna Warsza from Warsaw as Associate Curators, who will work together to develop the concept and program of the 7th Berlin Biennale.

Voina Oleg Vorotnikov (a.k.a. Vor), Natalya Sokol (a.k.a. Kozljonok or Koza), Leonid Nikolajew (a.k.a. Leo the Fucknut) and Kasper Nienagliadny Sokol
The art collective Voina (engl.: war) from Russia was founded in 2005 by Oleg Vorotnikov and Natalya Sokol. Voina engages in street action art that is directed against the Russian authorities.
Their actions are regularly joined by a large group of anonymous activists. Numerous lawsuits have been filed against the group and its activists. Most recently Natalya Sokol and her son Kasper have been arrested for several hours in mid-October 2011.

Joanna Warsza, born in 1976, is a curator on the cusp of the performing and visual arts. She graduated from the Warsaw Theater Academy and completed a postgraduate course at the University of Paris 8 dance department. She is a founder of the independent platform Laura Palmer Foundation (www.laura-palmer.pl). Joanna Warsza has worked mostly in the public realm, curating projects that examine social and political agendas, such as the invisibility of the Vietnamese community in Warsaw, the phenomenon of Israeli Youth Delegations to Poland, or the legacy of post-Soviet architecture in the Caucasus. Together with Krzysztof Wodiczko she runs a seminar on conflict, trauma and art at the Warsaw Higher School for Social Psychology as well as on the performativity in contemporary culture. She has realized projects with Berlin theater Hebbel am Ufer, Warsaw Museum of Modern Art, the AICA Armenia, the GeoAir Tbilisi, the Centre Pompidou or Biennale de Belleville, both in Paris, among others. She is an editor of Stadium-X – A Place That Never Was.
Since the beginning of 2011 she has worked with Artur Żmijewski on the development and realization of the concept of the 7th Berlin Biennale. Joanna Warsza lives and works in Berlin and Warsaw.

The front page of the 7th Berlin Biennale website shows the project Art Covers Politics, which presents images submitted by artists and others who are willing to react on and report immediately about political events. Active since September 1, 2011, the project continues throughout the Biennale.

29.04.2012 | 2 pm | Spreepark, Berlin-Treptow
Battle of Berlin 1945
by Maciej Mielecki and Re-enactment groups
The 7th Berlin Biennale has invited Maciej Mielecki and re-enactment groups to stage a re-enactment of the Battle of Berlin 1945. This spectacular battle depicts the defeat of the capital of the Third Reich in April and May 1945 and Berlin’s final surrender. It takes place in public spaces in Berlin and Warsaw, and is re-staged by members of re-enactment groups from various European countries representing the Red Army, Polish 1st Army, and German forces. The same scenario is performed in both cities and addressed to the broad public. After the battles take place a documentation of them is presented at Deutschlandhaus. The re-enactments raise questions about the mechanisms of constructing the narrations of national identity of the two neighboring countries.

Full program of the events on www.berlinbiennale.de

The Berlin Biennale is organized by KW Institute for Contemporary Art and funded by the Kulturstiftung des Bundes (German Federal Cultural Foundation).

Opening Hours:
Tuesday to Sunday: noon – 8 pm
Closed on Mondays
During holidays the exhibition is open during the regular opening hours.
The admission is free