Every 1,726 days, documenta takes place for 100 days. For Artistic Director Carolyn Christov-Bakargiev the exhibition is a field in a state of definition suggested by the phrase, "The dance was very frenetic, lively, rattling, clanging, rolling, contorted and lasted for a long time." The event is being planned with a number of curatorial agents, advisors, and artists. Over 150 artists from 55 countries and other participants from around the world. 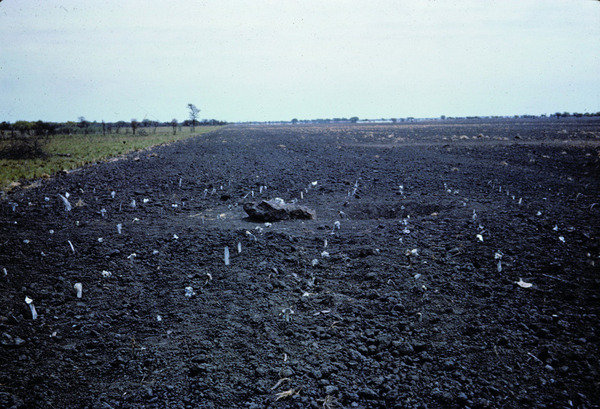 dOCUMENTA (13) opens to the public in Kassel on June 9, 2012. For 100 days, over 150 artists from 55 countries and other participants from around the world will gather and present artworks, including sculpture, performance, installation, research, archiving and curatorial projects, painting, photography, film and video, text and audio works as well as other objects and experiments in the fields of art, politics, literature, philosophy, and science.

For the Artistic Director Carolyn Christov-Bakargiev, “dOCUMENTA (13) is dedicated to artistic research and forms of imagination that explore commitment, matter, things, embodiment, and active living in connection with, yet not subordinated to, theory and epistemological closures. These are terrains where politics are inseparable from a sensual, energetic, and worldly alliance between current research in various scientific and artistic fields and other knowledges both ancient and contemporary. dOCUMENTA (13) is driven by a holistic and non-logocentric vision that is skeptical of the persisting belief in economic growth. It is shared with, and recognizes, the shapes and practices of knowing of all the animate and inanimate makers of the world, including people.

Participants of dOCUMENTA (13) come from a range of fields of activity. Most of them are artists, but some also come from the fields of science, including physics and biology, eco-architecture and organic agriculture, renewable-energy research, philosophy, anthropology, economic and political theory, language and literature studies, including fiction and poetry. They contribute to dOCUMENTA (13) that aims to explore how different forms of knowledge lie at the heart of the active exercise of re-imagining the world. What some of these participants do, and what they “exhibit” in dOCUMENTA (13), may or may not be art. However, their acts, gestures, thoughts, and knowledges produce and are produced by circumstances that are readable by art, aspects that art can cope with and absorb.”

Since its establishment in 1955, documenta has been regarded as the most important international exhibition of contemporary art. Taking place once every five years for 100 days, the exhibition attracts hundreds of thousands of visitors. In June 2012 dOCUMENTA (13) will open in Kassel, with more than 160 artists and participants showcasing new artworks in multiple venues across the entire city, demonstrating how contemporary art can contribute to our understanding of the world

As a preview to dOCUMENTA (13), and as a part of it, various activities have already been realized. These include a conference in Turin in September 2009; the AND AND AND projects, which have been ongoing since June 2010; the installation on the summer solstice of 2010 of the sculpture Idee di Pietra by Giuseppe Penone in Karlsaue Park; and the screening on Valentine’s Day of 2011 of Pierre Huyghe’s film The Host and the Cloud at Kassel’s Gloria cinema.
Additionally, two artists’ books have been published by Hatje Cantz: Guillermo Faivovich and Nicolás Goldberg’s The Campo del Cielo Meteorites – Vol. 1: El
Taco, and seeing studies, edited by Natascha Sadr Haghighian and Ashkan Sepahvand for the institute for incongruous translation. And finally, the first publications within the 100 Notes – 100 Thoughts series of notebooks have appeared and will be followed by many more.

The dTOURS of dOCUMENTA (13) last 2 hours each. They will be led by trained personnel called “Worldly Companions”, mainly from Kassel and with different backgrounds and knowledges, and including people of different generations. These dTOURS will depart from a particular venue of the exhibition and address the subjects that are predominant in the works of art shown there. For example, how would a gardener of the Auepark inspire and frame a dTOUR through the many artworks in the park? In addition to that, there will be series of special dTOURS, allowing for other logics and different kinds of experiences, such as an 'endurance' dTOUR.
For information on dTOURS and booking please call +49 561 7072770 or write to visitors@documenta.de

The Artists' Congresses: A Congress During the first week after the public opening of dOCUMENTA (13), June 11 – 15, 2012, The Artists' Congresses: A Congress gathers artists and scholars from the fields of art history, philosophy, and cultural studies to address questions related to the history of the artists’ voice in and around the presentation of art (both institutionally and not), in a series of five subsequent events. Following a brief introduction to the day’s subject, different speakers will present significant cases from the history of the artist as a public voice and conclude with a roundtable discussion followed by an open session of questions and answers.

Image: Guillermo Faivovich and Nicolás Goldberg, The Campo del Cielo Meteorites – Vol. 1: El Taco, In order to survey the area where El Taco was discovered in order to find other meteorites, a grid was traced for magnetic measurements to be taken. No other meteorite was found. “El Taco” ranch, 1962. Photo: William A. Cassidy