Album Beauty is an exhibition about the visual anthropology; an ode to the vanishing era of the photo album as told through the collection of Erik Kessels. In the project La Madre, photographer and filmmaker Petra Noordkamp shows her most recent, not previously exhibited work. Rico Scagliola and Michael Meier have taken pictures and have filmed teenagers for more than two years, creating their archive of photographs and videos of today's FB generation. 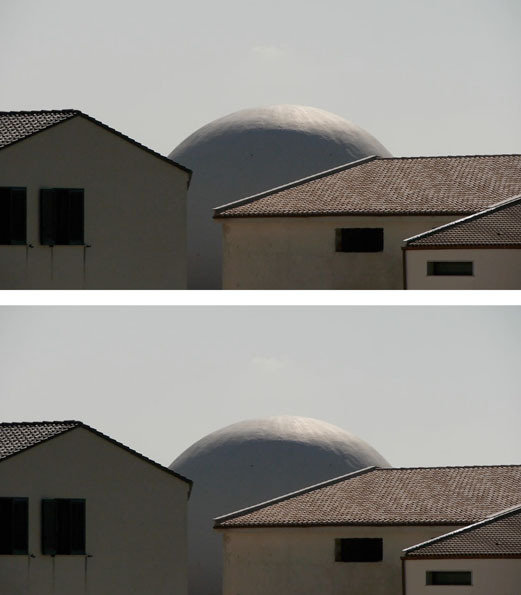 Album Beauty is an ode to the vanishing era of the photo album as told through the collection of Erik Kessels (1966, The Netherlands). Once commonplace in every home, the photo album has been replaced by the digital age where images live online and on hard drives. Photo albums were once a repository for family history, often representing a manufactured family as edited for display. They speak of birth, death, beauty, sexuality, pride, happiness, youth, competition, exploration, complicity and friendship. Album Beauty is an exhibition about the visual anthropology of the photo album.

Walking through the exhibition will be like leafing through a photo album. Erik Kessels is known for his unorthodox manner of installation and Album Beauty is no exception. On display will be hundreds of photo albums, all telling different but familiar stories. Some albums will be exaggerated in size and exhibited as wallpaper while others will be displayed in their original format. There will be interactive albums to flip through and life size cut outs for the viewer to walk around. Album Beauty features the endless formats of analogue photography many of which are no longer manufactured as well.

Erick Kessels is a collector of vernacular photography and has spent many a Saturday at outdoor markets and junk stores collecting these amateur narratives. He is often drawn to their imperfections. These flawed executions and/or scared appearances of old age tell another part of their story. According to Kessels: "A long and dedicated search through photo albums will occasionally reveal something less than perfection, something other than an entry in the competition to appear normal. And in these cracks, beauty may be found."

Kessels has published several books on vernacular photography. He is also an editor of the alternative photography magazine Useful Photography in which various forms of applied photography are presented. This includes images posted on eBay, pictures of missing persons, photos used in advertising, and failed amateur snaps. He has curated exhibitions such as Foam's inaugural exhibition Dutch Delight in 2001, and co-curated the New York Photo Festival in 2010, and From Here on at Rencontres Internationales de la Photographie in Arles in 2011. Kessels is co-founder and creative director of KesselsKramer, an independent international communications agency located in Amsterdam and London.

Album Beauty has an accompanying book published by RVB Books and will be on sale at Foam.

Take a look at the plans for the exhibition, desinged by Roland Buschmann.

In the project La Madre, photographer and filmmaker Petra Noordkamp (1967) shows her most recent, not previously exhibited work. The impetus for La Madre was Noordkamp's short relationship in the mid-1990s with Emilio Quaroni, son of the well-known Italian architect and urban planner Ludovico Quaroni. After her contact with Emilio deteriorated, Noordkamp discovered in 2001 that Emilio had murdered his own mother in the same year. The violent story of Emilio and the matricide stayed with Noordkamp - for years she thought about doing something with it. The form of the project remained vague for a long time, until two paths unexpectedly converged. In 2009, Noordkamp visited Sicily for her photo project Cinecittà , and there she encountered the modernistic La Chiesa Madre. This extraordinary, white spherical church turned out to be a design by none other than Ludovico Quaroni, Emilio's father.

Noordkamp's fascination for Italian modernist architecture and her short romance with Emilio came together by chance. The church, located in the town of Gibellina which was devastated by an earthquake in 1968, provided the link to unite all involved: the ex-lover, the father who was also the architect of the church, the matricide and of course Noordkamp herself.

In the exhibition, the story slowly unfolds as small details become highlighted. Noordkamp's first short film will be shown: La madre, il figlio e l'architetto. In it, the filmmaker explores the rounded forms and use of materials in this extraordinary architecture. The church provides the visual background for the drama that has played out in the Quaroni family, accompanied by a voice-over written by Maria Barnas, telling Emilio's story. Noordkamp's aim in this film is mainly to show how the architectural perception of a building is coloured by an event that happened fifteen years ago.

Photos that Noordkamp made of the town of Gibellina and the church are also on display. Archive material of the laying of the church's cornerstone and design drawings of La Chiesa Madre will be exhibited as well. Noordkamp's work is characterized by a great love of simplicity, emptiness, form and aesthetics, radiating a feeling of loneliness, alienation and melancholy.

Petra Noordkamp graduated from the Gerrit Rietveld Academie in 2000, with a major in photography. She has had exhibitions in places such as W139 in Amsterdam and the Gele Rijder in Arnhem; in 2005 her work was also shown on billboards in Amsterdam. Her work has been published in magazines such as The Purple Journal, Club Donny and Mister Motley. In addition to her personal projects, Noordkamp also works on assignment for publications including Volkskrant Magazine, Avenue, Rails and NRC Focus.

Rico Scagliola (1985, Switzerland) and Michael Meier (1982, Switzerland) have taken pictures and have filmed teenagers for more than two years, creating their archive of photographs and videos of today's Facebook generation.

Images from this archive have been combined into an installation called Double Extension Beauty Tubes. More than a thousand pictures are being presented in a dark space on ten iPads. The order of the images is intuitive and in a stream of consciousness mode. Metal heads, vampires, platinum blonds in high fashion outfits pose self-consciously in front of Rico & Michael's camera. The rhythm in which the images are presented greatly influences the experience of the installation. Sometimes you see the same teenager ten times in a row, then you see ten different but fast-changing images. Sometimes the presentation slows down, sometimes the images actually stop for a moment. Using soft-focus and theatrical lighting, the photographs are balanced between eighties aesthetics and glam kitsch. The rhythm, the quantity of photographs and the pulsing beat of the music all conjure up an experience of contemporary youth cultures such as Emo (emotional hardcore), gothic, heavy metal and punk.

The youth of today grows up with the picture-worlds of the Internet. Platforms of self-presentation such as Myspace and Facebook are a normal part of their lives. It is natural for them to learn at a very young age how to present themselves in pictures. Also they are used to adopt alter egos and to play with their (sexual) identities. Each and every day they decide yet again who they want to be and what role they want to play. Rico & Michael use young people's visual sophistication, fantasies and skilled self-presentation. The duo adapt their 'in-your-face'-natured view on photography, documenting the construction of their pictured identity. The result is an intriguing project on youth and pop culture.

Rico & Michael live and work in Zürich. They studied photography at the Zürcher Hochschule der Künste from 2006 to 2010 and began collaborating as a duo in 2008. Since then Rico & Michael have worked on their archive of photographs and videos of today's Facebook generation, commercial commissions and projects for magazines. In 2011 Patrick Frey Editions published their 480 pages book Neue Menschen. This summer Double Extension Beauty Tubes will also be on show in Museum Winterthur in Switzerland.

This exhibition has been made possible by Van Bijlevelt Stichting and the Gieskes-Strijbis Fund.

Foam is sponsored by the BankGiroLoterij, De Brauw Blackstone Westbroek, Delta Lloyd and the VandenEnde Foundation.
For information and visual material please contact the communications department, e-mail foam@foam.org or phone +31 (0)20 5516500.