The exhibition features film and video work never before seen together. On display are some of the artist's key works from the 1990s and early 2000s, including 16mm film projections and multi-channel video installations. A series of events placing Lin''s work in context will also accompany the exhibition, further expanding on its key themes. 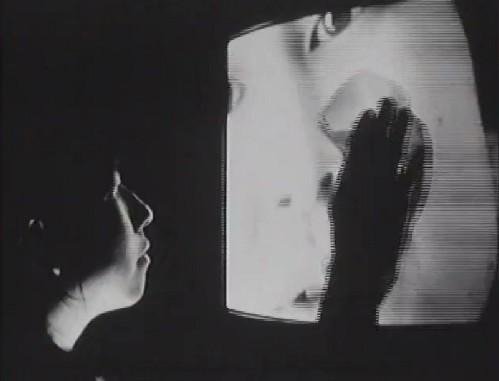 Gasworks presents the first UK solo exhibition by New York-based artist Lana Lin, featuring film and video work never before seen together. On display are some of the artist's key works from the 1990s and early 2000s, including 16mm film projections and multi-channel video installations. These films are often concerned with Lin's family or cultural heritage and speculate on the problems of translation across cultures - whether between the East and West, or between our world and other worlds, such as the supernatural.

Lin was born in Montreal to Taiwanese parents in 1966, the family moving soon afterwards to the suburbs of Chicago, where the artist grew up. After studying at the University of Iowa, in 1988 Lin gained a place on the MFA film programme at Bard College in New York. Here, during late 1980s and early 1990s, she became affiliated with an emerging group of artists and filmmakers including Matthew Buckingham, Sadie Benning, Jennifer Montgomery and Julie Zando. Since this time, Lin has been critically engaged with feminism, psychoanalysis, post-colonial studies and experimental ethnography, all of which greatly inform her practice. Stranger Baby (1995) is a 16mm mock science fiction film that explores what it means to be human or considered 'alien'. We see a woman haunted by an androgynous apparition and curious faces flickering on a television screen. This is overlaid with a soundtrack composed of tales of people who believe they are from another world, 'first hand' witness accounts of communications from other planets, and viewers’ thoughts on the film’s images.

Linking the otherworldly to her cultural heritage, the 4-channel video installation Mysterial Power (1998-2002) documents the daily routines and religious practices of Lin's Taiwanese family. Inspired by the artist's adolescent cousin - who is believed to have the ability to communicate with one of the Taiwanese local gods - this work focuses on the figure of the spiritual medium as a translator between the everyday and the supernatural.

Finally, Taiwan Video Club (1999) introduces an underground world of television piracy in Taiwan. The protagonists record and trade videotapes of the 'epics' that are broadcast daily on television. Focusing on the fanaticism and low-fi material processes of this activity, the video draws a connection between electronic and cultural forms of translation. Lana Lin's exhibition is the first in a series of solo exhibitions at Gasworks by female artists who work with experimental and documentary film and video, and is followed by Adelita Husni-Bey from 7 December 2012 – 3 February 2013 and Beatriz Santiago Muñoz from 22 February – 21 April 2013. These three artists address issues around the formation and representation of communities, the role and responsibilities of the filmmaker and the writing of history.

A series of events placing Lin' s work in context will also accompany the exhibition, further expanding on its key themes.

Notes to Editors
Lana Lin was born in 1966 in Montreal, Canada. She received a Bachelor of Art – Communications from the University of Iowa in 1988 and moved to New York to study Master of Fine Art – Film at Bard College, graduating in 1996. Her tutors Leighton Pierce and Peggy Ahwesh were particularly influential in supporting the development of her future practice. Lin has received numerous grants and fellowships including the Fulbright Foundation, Taipei, Taiwan and the Civitella Ranieri Foundation, Umbria, Italy (both 2003-4) and the Whitney Independent Study Program, New York and the New York Foundation for the Arts Film Fellowship (both 2001). She has shown internationally with solo presentations including Departure, Joseph Gross Gallery, Tucson, Arizona (2009) and Unidentified Vietnam, Gallery 456, New York (2006). Group screenings and exhibitions include Eastern Standard, Massachusetts Museum of Contemporary Art (2008); Corona Plaza: Center of Everywhere, Queens Museum of Art, New York (2008); Unmasked: Artists' Videos and Films Contesting Systems of Rule, New Museum, New York (2008); 3rd Guangzhou Triennial, Guangzhou, China (2008) and The American Century, Whitney Museum of American Art, New York (2000). Lin has also been part of international film festivals such as the 5th International Short Film Festival Oberhausen, Germany (2009); TransPOP: Korea Vietnam Remix Arko Art Center, Seoul, Korea and Yerba Buena Center for The Arts, San Francisco (2007) and Women Make Waves Film Festival, Taipei, Taiwan (2006). Lin is currently studying a PhD in the Media, Culture and Communication Department, New York University, as a Jacob K. Javits Fellow. The artist is present in the UK for the duration of the exhibition while she conducts research at The Freud Museum as a fellow of NYU's Global Research Centre in London.

Since 2001, Lin has worked collaboratively as a member of the artist team ‘Lin + Lam.’, with artist H. Lan Thao Lam, producing research-based projects looking at social hierarchies and power relations. Lana Lin's exhibition at Gasworks replaces that of Brazilian artist Jonathas de Andrade, whose exhibition is postponed due to visa complications. De Andrade's exhibition has been rescheduled for 2013

Gasworks is a contemporary art organisation in South London with a strong reputation for discovering new local and international talent. With an ambitious programme of artists' residencies, exhibitions, events and outreach projects, Gasworks supports the research and production of new work by emerging and innovative artists. Gasworks is part of Triangle Network, an international network of artists and grass-roots art organisations with over 30 partners worldwide, that exists to promote dialogue, exchange of ideas and innovation within the contemporary visual arts. Celebrating its 30th anniversary this year, Triangle has worked with over 4,200 artists and developed projects in more than 60 countries in Africa, the Middle East, Asia, Europe, Latin America and Australia.