Puusemp's 'Dissolution' pesenting materials and documentation surrounding his remarkable final project Rosendale, A Public Work, the exhibition also draws upon his earlier work concerning his observations of the natural and social world and the construction of phenomenological objects. Related works by artist Ben Kinmont that negotiate the notion of withdrawal and artistic contextualization, are presented alongside. 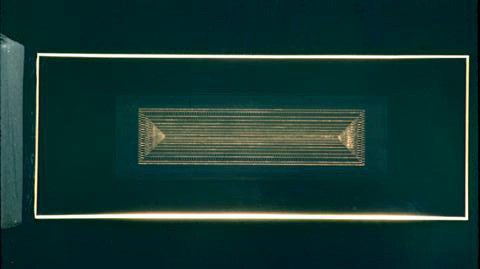 When artist Raivo Puusemp (b. 1942, EE/US) was voted mayor of Rosendale, New York, in 1975, the village was plagued by an overbearing tax structure and problems with municipal utilities. Following his election and throughout his tenure, Rosendale's residents were not aware of Puusemp's practice as a conceptual artist, his early interest in phenomenology, nor his later experiments with group dynamics and socio-political processes. Puusemp's approach to the post was, however, an artistic one. He believed that in politics, influence and concept could come together compatibly. Employing conceptual strategies to tackle the village's issues, Puusemp viewed the situation as an artwork in the form of a political problem. He drew upon previous works—which he called 'influence pieces'—in which the artist would steer subjects into unconsciously executing his ideas.

By March of 1976, Puusemp had persuaded the people of Rosendale, with a landslide 2-1 vote, that the dissolution of the village government would be the best possible resolution to their problems. By October of that same year, Puusemp resigned as mayor, withdrew himself from the art context and moved with his family to Utah.

Rosendale, A Public Work was an attempt to superimpose a formal idea upon an essentially directionless, political microsystem and to affect that system permanently by doing so. Documentation of the process, including a series of official letters, papers and press clippings, was compiled and later published by the artist as the booklet Beyond Art – Dissolution of Rosendale, N.Y. Prints of the original publication have been reproduced to accompany the exhibition at Project Arts Centre, Dublin.

Raivo Puusemp – Dissolution is the first comprehensive overview of the Estonian artist's work produced between the mid-1960s and late 1970s, before his creative dissolution. Presenting materials and documentation surrounding his remarkable final project Rosendale, A Public Work, the exhibition also draws upon his earlier work concerning his observations of the natural and social world and the construction of phenomenological objects.

Related works by artist Ben Kinmont (b. 1963, US), that negotiate the notion of withdrawal and artistic contextualization, are presented alongside.

Since 1988, Ben Kinmont's project-based work has demonstrated an interest in archiving and blurring the boundaries between artistic production, publishing, and curatorial practices. In 1998, Kinmont established an antiquarian bookselling business that specialised in books about gastronomy printed before 1840. Parallel to the gallery exhibition Raivo Puusemp - Dissolution, Project Arts Centre's experimental Grotto series will display Sometimes, a boxed collection of publications by Kinmont. The collection is comprised of ten Ben Kinmont Bookseller (B.K.B.) catalogues and related ephemera, and is kindly on loan from Art Metropole, Canada.

To mark the opening reception of the exhibition, on Thursday 8 November at 5pm, curator Krist Gruijthuijsen will present a lecture with a walkthrough of the gallery, speaking about the ideas and processes involved in Raivo Puusemp – Dissolution.

Research for the exhibition has been generously supported by the Lectoraat Art and Public Space, Gerrit Rietveld Academie, Amsterdam, the Netherlands.

Raivo Puusemp – Dissolution is co-produced by Project Arts Centre, Dublin, with Grazer Kunstverein, Graz, Austria, and Utah Museum of Contemporary Art, Salt Lake City, USA. It will tour to each venue on the following dates:

Project Arts Centre is a multidisciplinary arts centre in the heart of Dublin. The visual arts programme commissions new exhibitions, both on and offsite, with leading artists from around the world. Current onsite projects include Ruth E. Lyons (IE), The Forgotten Works, a large-scale public installation on view until November 28. Offsite exhibitions include Sarah Browne (IE), How to Use Fool's Gold, at Highlanes Gallery, Drogheda until November 7, touring to Galway Arts Centre from December 7 to January 31, 2013. The national tour of Mikala Dwyer's (AUS) Panto Collapsar begins early 2013, visiting multiple venues across Ireland. Forthcoming onsite exhibitions include the group exhibition Detouched, guest-curated by Anthony Huberman (US).

Project Arts Centre is supported by the Arts Council and Dublin City Council.