J'ai reve le beau. Ziem is seen through the places that inspired his quest for the ideal natural setting, oblivious to the overwhelming Realist wave that was washing over landscape art in the last decades of the 19th century. 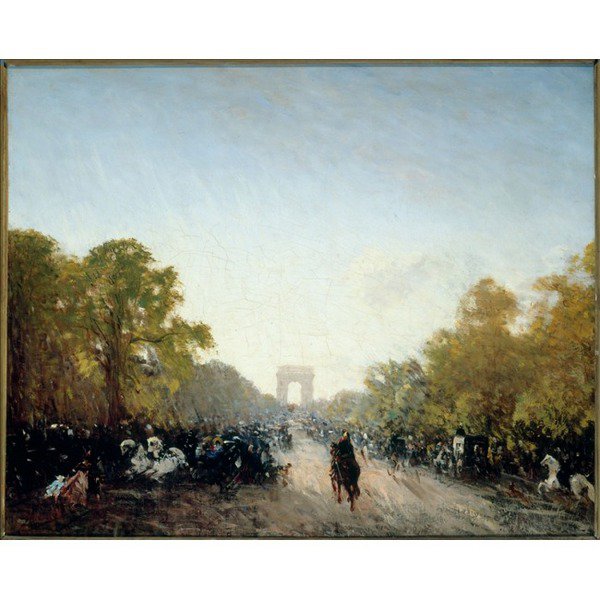 Famous for his Mediterranean skies and a vision of the East reminiscent of The Thousand and One Nights, Félix Ziem (Beaune 1821 – Paris 1911) was a nomadic, unique and eccentric artist.

The son of a Polish tailor who migrated to France, he began architecture studies at the Ecole des Beaux-Arts in Dijon before abruptly turning a page on university and his father. His long, prolific career began in the 1840s when he fell in love with the Mediterranean and, later, Venice. An extensive traveller, friend of the Barbizon school of artists, admirer of Claude Lorrain and J. M. W. Turner, Ziem played a unique part in the 19th century art world. He managed to attract a wide range of patrons through works that conjured up dreams of Venice and Constantinople.

The Petit Palais is presenting a selection of paintings and drawings acquired by the museum in 1905. At the end of his life, concerned with his legacy, Ziem had put aside a significant body of work – paintings and watercolours – to donate to the brand new City of Paris Beaux-arts museum. Open to the public on 21 July 1905, along with the Dalou room, the Ziem room was officially inaugurated on 13 December in the presence of the French President.

The Ziem donation is made up of 171 paintings and watercolours with five additional sketchbooks and one ink drawing. This selection – mainly sketches from Ziem's studio collection – reveals a more intimate aspect of the artist, whose excessive output ultimately compromised his spontaneity.

Here the painter is seen through the places that inspired his quest for the ideal natural setting, oblivious to the overwhelming Realist wave that was washing over landscape art in the last decades of the 19th century.