The Editions of the Galerie Erhard Klein 1972-2006. Within the framework of the exhibition, the diverse editions that the artists often designed specifically for his gallery are seen for the first time in an overall survey: over 200 works by around 50 renowned artists who have significantly contributed to the international reputation of Rhineland's art scene. 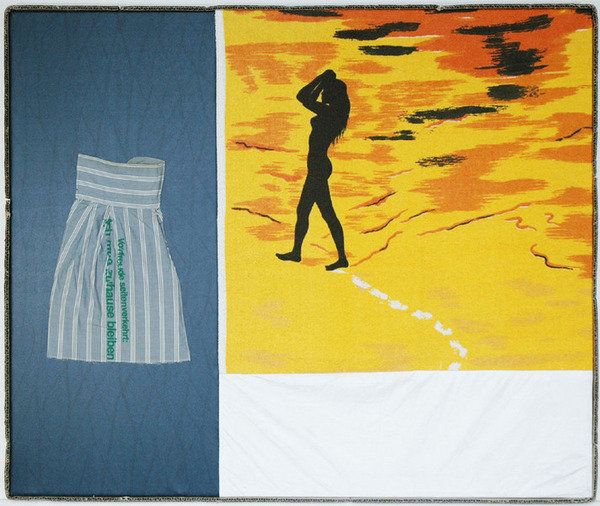 Rhineland,1970s: The art scene is flourishing and—with its academies, galleries, a young art fair and new institutions—has an active network. The Bonner Kunstverein was founded a few years ago. In 1970 Erhard Klein, librarian at the university, opens his gallery at Königstrasse 71 in Bonn. Within a few years, it will turn into a milestone in the Rhenish as well as the international art scene.

Prompted from the beginning by his close contacts to Düsseldorf’s art scene in and around the pub ‘Ratinger Hof’, Klein’s main interest was in German contemporary artists: JOSEPH BEUYS, FELIX DROESE, GEORG HEROLD, MARTIN KIPPENBERGER, JÜRGEN KLAUKE, IMI KNOEBEL, SIGMAR POLKE, ULRICH RÜCKRIEM and KATHARINA SIEVERDING were among those considered ‘his’ artists. From these close and, in part, friendship-based associations, numerous editions and artworks emerged, which directly thematized the relationships with the gallerist or contained covert messages and allusions. Thus the phrase that was stamped onto an invitation card by JOSEPH BEUYS—“Erhard Klein Unkonzentriert”— accompanied the history of the gallery and can be found, for instance, in multiples by KIPPENBERGER, ALBERT OEHLEN or GEORG HEROLD.

Klein ran his gallery from 1970 up to the beginning of 1994 in Bonn and from 1994 to 2006 in Bad Münstereifel-Mutscheid. For over a quarter of a century in Bonn, Klein presented major artists from the region as well as from the whole world and made them internationally known. Within the framework of this exhibition, the diverse editions that the artists often designed specifically for his gallery will be seen for the first time in an overall survey: over 200 works by around 50 renowned artists who have significantly contributed to the international reputation of Rhineland’s art scene. Besides individual figures from the art world and Klein’s gallery as the initiating institution, the exhibition will reflect upon the edition as a medium and its successful history since the 1960s. Concerns such as the urge for a stronger exchange between the art world and the everyday world, for more democratization and for providing access to groups remote from art find expression in the publication of multiples. The diversity of forms within the ‘Idea-bearers’ edition—wine bottles, banners, books, electric irons, photographs, sculptures or an “Omnibus for Direct Democracy”—are on display in the show.

In addition to that, the exhibition is meant as a self-reflective platform to address the future perspective of the Rhineland’s art scene and to pose the question as to what has become of the artistic impulses from that era. Within the framework of a common tour through the exhibition with artists from different generations, a discussion will be initiated on how this ‘legacy’ is to be handled and how to gauge the new dynamics in the region, whether, for example, Belgium and Holland have become part of our present perception. To consider this history from today’s standpoint inevitably leads to the its revision. This will be initiated in an open seminar about art in the 1980s in collaboration with Bonn University’s Art History Institute. In the year of its 50th anniversary, the Bonner Kunstverein will present a parallel field, in which—besides the history of Galerie Erhard Klein and of its own institution—the establishment of the Rhineland as a major art center is to be made intelligible and its significance today brought to discussion.