Context, Form, Troy, originally reserved to the art scene of Vienna, today it has become an international platform for young artists. Daniel Baumann has invited 21 artists to develop their projects on site. Brian Jungen's sculptures are among the central artistic contributions to current reformulations of ethnological and cultural evolutionary perspectives. Andrea Geyer: Parallax; the project revolves around the themes city, nation and citizenship and their role in creating individual and state spaces of action, taking the United States as an example. 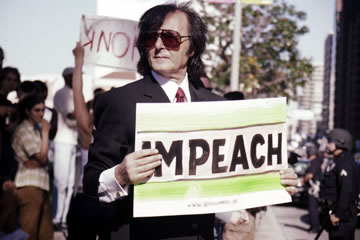 The group exhibition Context, Form, Troy is curated by Daniel Baumann. It is this year's edition of the exhibition series Junge Szene, which was initiated in 1983 and takes place every two years at the Secession. Originally reserved to the art scene of Vienna, today it has become an international platform for young artists. Daniel Baumann has invited 21 artists to develop their projects on site.

The exhibition does not focus on new trends, but rather on individual positions, which develop from very different considerations of form and content. Context, Form, Troy is presented in an open mode - there are no presentation walls - so that different positions can enter into a dialogue or dispute with one another. The title of the exhibition indicates principles, on which the works are based: being anchored in both the social and the art context, formal precision, and - with the reference to the Trojan horse - staging foreign bodies in an existing system.


Outside, Kalin Lindena replaces the official flags of the Secession with new ones sewn by the artist. In reference to the year the Artists Association was founded, Roland Kollnitz installs a climbing pole 1897 cm high - as an athletic option for climbing beyond that. The X-sculptures that Wade Guyton leans against the facade are equally site-specific. With his intervention he reactivates the aggressiveness of Modernism and reacts to the delicate ornamentation of the building.


In the main room there is a model of Oskar-von-Millerstrasse 16, an exhibition location in Frankfurt, in which Michael S. Riedel and Dennis Loesch have produced exhibitions and events. Four events - and exhibition, a film screening, a DJ session and a theater production - have been pre-produced for Context, Form, Troy. Announcements of the events in the city refer to the events as a copy of the original. In contrast, the event on the stage designed by Mai-Thu Perret never takes place. The play thus remains imaginary and the props arranged by the artist are not used. In this context the stage set becomes a sculpture. The slide show by Pierre Leguillon is also only present throughout the duration of the exhibition as an announcement. At the beginning and the end of the exhibition the artist shows a "Diaporama", a visual exploration of art history that takes up the event character of a varietÃ©.

Robert Kusmirowski photorealistically copies historical documents. For this series he transfers the back side of photographs to watercolor. Isabella Schmidlehner derives the motifs for her painting from diverse sources; she shifts the motifs to a different sphere, breaking their harmony through color and manner of painting at the same time. In her painting Lucy McKenzie repeatedly investigates the (socialist) wall paintings found in the landscape of a city, such as those in Vienna on council houses. The artist thus addresses a direction in painting that has been neglected by European art studies. McKenzie's four-part picture cycle If It Moves, Kiss It cites a vandalized monumental wall painting from Stanley Kubrick's Film A Clockwork Orange. The work group is supplemented by three letters written to the artist by a friend in prison.

Valentin Carron isolated a series of flags from the film The Great Dictator by Charlie Chaplin, so that the flags take on an ambiguous character in this context. The issue of the monumental is also the point of departure for the installation by Misha Stroj. He reformulates the centuries-old and highly charged symbolic language of the icon. Constantin Luser's interactive sculpture, consisting of a synthesizer and open cables, corresponds to the wall drawing he has realized as a narrative circuit diagram. The drawing spreads out like a wildly proliferating plexus on the wall and imbues the work with a space-filling character. Scott Myles positions his discreet interventions (Learn the Language, The End of Summer; Ice-cream Paperweight) in the space so that they can be read as a commentary on the exhibition. Trisha Donnelly plans a performance on her two video projections Canadian Rain and El Cid for the finissage on November 16th. Mathilde Rosier's film Time and Place (2003), shown in the former Secession cafe, condenses a feeling of estrangement.

PUBLICATION
The bilingual catalogue on Context, Form, Troy is an integral component of the exhibition and will be published together with the artist team: Christian Egger, Manuel Gorkiewicz, Christian Mayer, Ruth Weismann and Alexander Wolff . It is released as Number 4 of the magazine that the artists have published since 2002. The name of the magazine is always based on the changing font. Issues published so far have been Chicago, Times, Plotter. The title of the Secession issue: Helvetica. Articles by: Daniel Baumann, Justin Beal, Anne-Marie Copestake, Matthias Herrmann, Jutta Koether and the artists of the exhibition.


The exhibition has been supported by:
British Council
Pro Helvetia - Schweizer Kulturstiftung


Brian Jungen's sculptures are among the central artistic contributions to current reformulations of ethnological and cultural evolutionary perspectives. In this respect, Jungen, who belongs to the culture of the DÃ ne-Zaa Indians (First Nations), does not pursue the reanimation of a marginalized (image) language and symbolism. Instead, his works show culture as a fusion of cultures, so that the belief in an authenticity and a preeminence in terms of both an Indian and a dominant Western tradition is called into question. In addition, his works emphasize the significance of an aesthetic language as a tool for an emancipatory cultural criticism.


Jungen attained international recognition with the sculptures Prototype for New Understanding (1998-2003), a series of masks sewn together from disassembled Nike Air Jordan basketball shoes. The objects are reminiscent of ceremonial masks of the DÃ ne-Zaa Indians, like those from ethnological collections. The colors black, white and red of the tennis shoes correspond to the aesthetic codes of the indigenous Northwest Coast art. In rethinking tradition, Jungen challenges what is expected of an (anti-) nostalgic style.


Shapeshifter (2000) and Cetology (2002), whale skeletons seemingly like museum pieces, but built of cheap, white, universally available plastic chairs, emblematically stand for this practice. In their mimicry-like exteriority, they exude the aura of exhibits from a natural history museum and conjoin the motif (whale) with the mythology of an indigenous Northwest Coast people. At the same time, however, Jungen positions his works neither within nor counter to the discourse "ethnology", but rather discusses hybridity as a condition of cultural history.

By multiply shifting the context, Jungen directs the viewers' attention to material and aesthetic "origins", so that the character of an artefact retreats into the background.

Jungen uses commonplace industrial products that are available everywhere as the point of departure for his work. The transformation of the products indicates their inherent double function as objects of everyday use and profitable commodities for the manufacturers. This addresses global capitalism's practice of functionalizing human labor, aesthetics, raw material: Nike tennis basketball and plastic chairs are primarily manufactured in the poorest countries of the world by low-wage workers.

An indication of the global network of everyday objects of use is also found in the work Untitled (2001). The sculpture is made of a stack of ten pallets, which are the same size as the pallets used as for transport. The type of wood that is used, though, indicates that the work has simultaneously been transformed into an aesthetic object reminiscent of Minimal Art of the 60s: the sculpture is made of red cedar wood. Here the logic is reversed: the work that appears to be almost like an object of utilization is made of a valuable, rare raw material - cedar wood is one of the most expensive types of wood.

A bilingual catalogue will be published on the exhibition in october 2003.


The exhibition has been supported by:
Canadian Embassy Vienna
Canada Council for the Arts

Andrea Geyer stages social interactions or navigations through (urban) spaces as sites of the production of culture and sources of our experience. Fictional elements and theoretical references, interviews and extensive research flow into her works, which pursue an interest in interpreting identities not as static, fixed images, but rather as flexible configurations. Her installations are intended to intervene in diverse mechanisms of verbal and visual control and regulation.


For the Secession, Andrea Geyer has developed the project Parallax. The mise-en-scÃ¨ne of Parallax is reminiscent of the atmosphere of a classroom. Chairs set up in rows in front of a projection wall offer visitors a seat to follow a slide lecture. Eight coordinated projectors create eight parallel images on the screen, which emerge one after another in sequences or compose one image.


The project revolves around the themes city, nation and citizenship and their role in creating individual and state spaces of action, taking the United States as an example.

The slides conjoin photographs, text excerpts from news papers and news agencies, and staged pictures that follow a protagonist. Just as the photographs establish a reference to a certain knowledge that says something about how the locations function, the introduction of the anonymous protagonist illustrates the relation of the individual to media information, to the state and its politics in an exemplary way. To a certain extent, the figure also embodies the question of how the anticipatory and emancipatory practices of acting subjects relate to actual political interrelations.


Text excerpts from American media such as the New York Times and The Associated Press document current discussions about the basic constitutional rights of democracy, migration processes, racism, and the increasing militarization of the economy and culture of the United States. The news reports often go beyond the actual communication of events and reveal themselves in Andrea Geyer's arrangement as mechanisms and sites of the selection, interpretation and manipulation of information. Parallax raises the question of where and how the conservative reformulation/canalization of nationality and national identity can be countered with other spatial models.


In addition to the staged scenes with the protagonist, the photographs, which were all taken in the USA, show demonstrations against the deportment of American politics, against the US invasion of Iraq, but also demonstrations against domestic restrictions accompanying foreign policy aggression, such as changes in immigration laws and the surreptitious redefinition of the rights of citizens. Photographs of administrative situations such as courthouses, waiting rooms, libraries, but also the increasing presence of state executives, such as military and police, in American cities round out the narrative of the contradictoriness of US culture. Current US politics and their expression in the media stand as an example for global trends and serve Andrea Geyer for establishing a critical, emancipatory distance.

Geyer treats documentary and fiction equally. The newspaper excerpts are included in the slide sequence on an equal footing with the photographs. In Parallax, the artist shifts the narrative level to the visual level even more than in earlier works (e.g. Interim, Manifesta 4). This results in a fabric of information that creates a meta-level of information by conjoining all the parts. With this approach, the artist reveals the idea of the objectivity of the documentary as an illusion and unmasks this concept as part of the politics of representation.


A bilingual catalogue will be published on the exhibition with essays by Barbara Clausen and Jeff Derksen.

The exhibition has been supported by:
IFA. Institut fÃ¼r Auslandsbeziehungen e.V.