Painting from the Zabludowicz Collection 2

Part II presents works by Josh Smith and Albert Oehlen. A group exhibition includes works from the Collection that explore the expanded territory of traditional 2-dimensional painting by 8 different artists. Lucy Tomlins is a sculptor who works with a range of traditional materials including marble and stone. 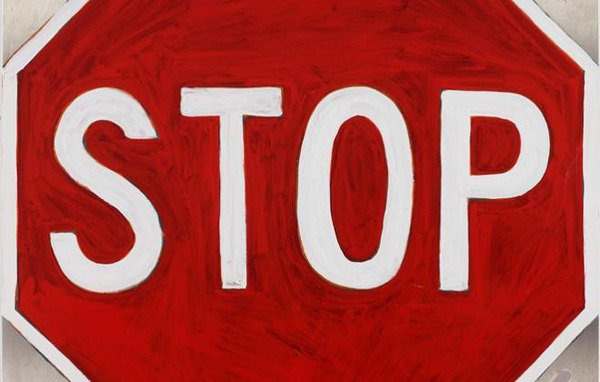 Josh Smith is a New York-based painter whose work explores notions of authorship, authenticity and originality. Smith frequently uses his own name as a visual trope running through his work, making it both an image and a signifier of his identity. His repetitive practice fosters an exploration of meaning and aesthetics as well as the shifting grounds that connect them. This exhibition will include works by Smith made over the past six years.

Albert Oehlen
Albert Oehlen has been a key figure in contemporary painting since the 1980s. The Zabludowicz Collection shows a range of works from the past three decades, which offer a rare chance to engage with the work of this important German painter. Oehlen’s works are influential to a generation of painters working today, and this exhibition is accompanied by a public programme that will draw out some of the strands running through Oehlen’s work and their significance for painters from a younger generation.

Painting from the Zabludowicz Collection
Painting in the 2.5th Dimension

The group exhibition includes works from the Collection that explore the expanded territory of traditional 2-dimensional painting. With works by artists from the US including Tauba Auerbach, Jessica Dickinson, Sam Falls, Alex Hubbard, Nathan Hylden, Rosy Keyser, Michael E. Smith and Ned Vena, the exhibition looks at practices that involve a supplemental dimension to painting, whether that is photography, sculpture, printmaking or time-based interactions with painting. These works strain at the boundaries of painting’s history and physicality, suggesting a metaphysics of painting, which the exhibition will explore.

Lucy Tomlins (born Chertsey, UK). Tomlins is a sculptor who works with a range of traditional materials including marble and stone, as well as contemporary materials including plasticine, resin and aluminium. By combining noble materials with synthetic ones, Tomlins creates a tension between the physical qualities and the subject of her works. A central aspect and theme of Tomlins’s work is contemporary culture’s relationship with food and its visual form and representation. Appropriating the highly processed convenience aesthetic of fast food restaurants, vending machines and supermarkets, much of Tomlins’s work relates to consumer urges and the manipulations employed by the food industry. She recently had a solo exhibition at Worcester Cathedral.

Artist’s Presentation: Lucy Tomlins
Sunday 23 June, 3pm
Tomlins presents ‘The Butcher and the Artist’, in which her local butcher, Paul Hamilton, talks about his experiences as a meat trader and gives an anecdotal history of the butchering trade. FR

Join us for the opening of Painting from the Zabludowicz Collection Part II Tuesday 21 May, 7-9pm