A Sunday in the Mountains 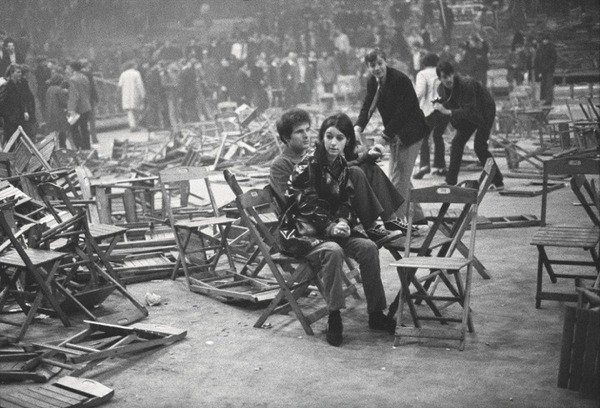 Since the invention of Dada in Zurich almost one hundred years ago, the mindset of fire starters has been a common denominator in Swiss art. Quite a few artists have loved to blow things up, manifesting a deep sympathy for counter-culture, some even bordering on sabotage and anarchism as content in their work.

This tendency to rally the proto-revolutionary within the cultural field is surprising as Switzerland has an international image as a safe haven and meticulously organized state. But the secluded country in the heart of Europe is apparently lulled into a sense of security, relegating the subversive or revolutionary exclusively to the arts.

In 2006, Swiss author Daniel de Roulet gained international attention for his novel A Sunday in the Mountains. In it he makes, thirty years after the incident took place, a stirring confession to an arson attack on the chalet of German publisher Axel Springer. The novel draws a perfect picture of a Swiss love story in the ‘70s that culminates with a terrorist attack. Eventually, the arsonist’s confession is turned into literature. In a nod to de Roulet’s influence, a reading of the novel that lends the show its title will be held on Sundays in the gallery.

The exhibition opens with Jean Tinguely’s fantastic early Land Art piece Study for the End of the World no. 2 from 1962. Set in the total isolation of the desert outside Las Vegas, yet carried out in front of NBC television cameras, the Swiss artist blew up a whole apparatus with an impact between the effects of nuclear annihilation and Rube Goldberg.

One of the rare examples of a Swiss artist who crossed the line to actually become a terrorist is Philip Werner Sauber. He accomplished his first film, The Lonely Wanderer, in 1968. Sauber’s fellow student, German artist Harun Farocki, stated that the young Swiss director’s conflict between aesthetic determination and political intent is clearly recognizable in his early work. Sauber eventually went underground to fight capitalism. Acting as a RAF sympathizer, he was shot and killed in a gunfight with a police officer in May 1975.

The late artist Andreas Züst documents in his photographs the spray-painted stick figures of Harald Nägeli, a legendary street artist in the ‘80s in Zurich. A warrant of arrest was issued against Nägeli, who turned himself in alongside Joseph Beuys and spent several years in Swiss prison.

A more contemporary generation of Swiss artists still employ revolutionary ideas, sabotage, or simply explosives as vehicles in their work. Despite the fact that these art pieces pose a purely hypothetical hazard, they emit the aura of counter-culture.